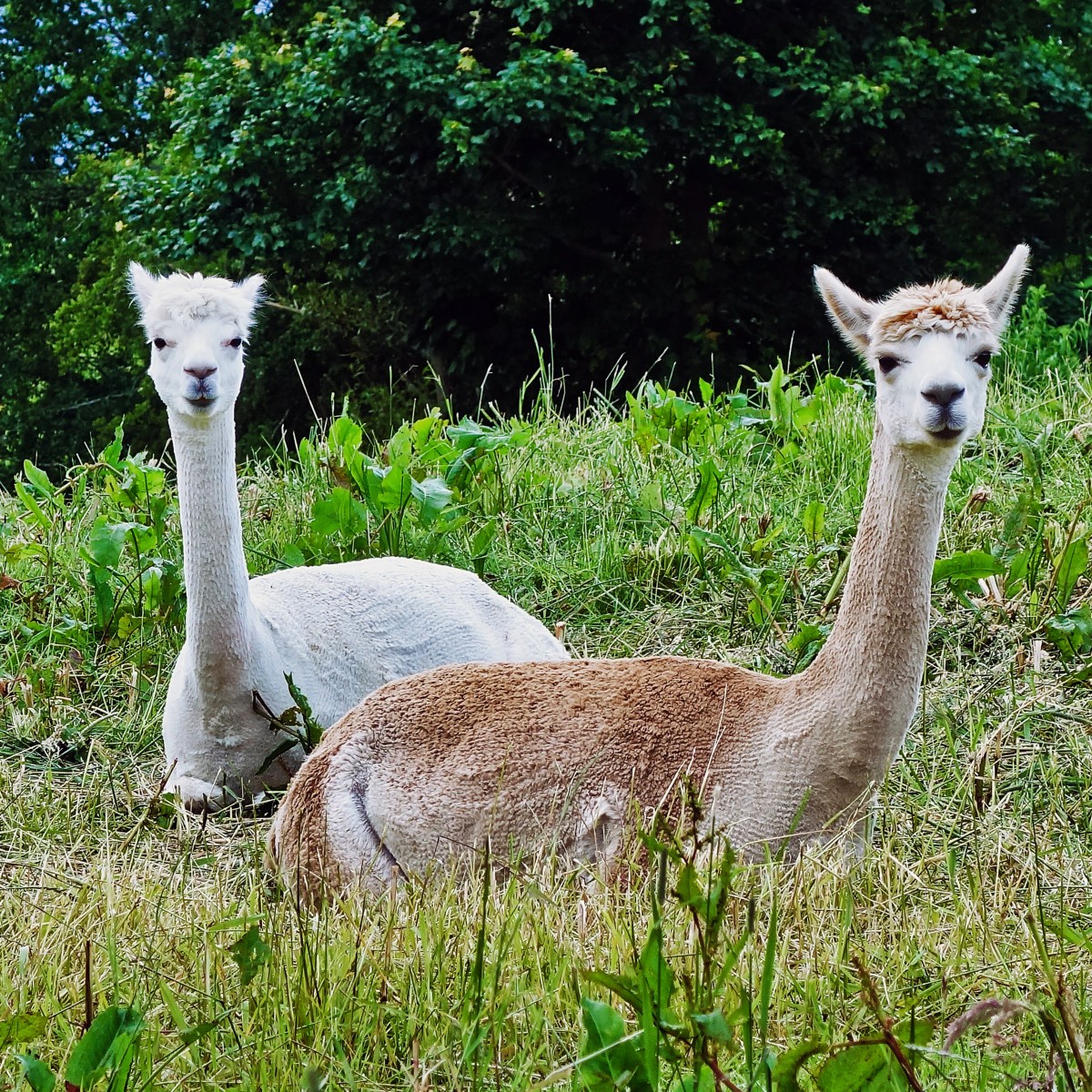 Sin is our refusal to be the responsible consciousness of creation. – Tom Mundahl reflects on expanding our understanding of the Communion of Saints.

On a recent Halloween evening, my wife Anne and I found ourselves on the #21 bus traveling from Minneapolis to our home in St. Paul. We were not surprised by seeing children in costumes, but were amazed at their sheer number! We soon learned that this wave of ‘Captain Jack Sparrows,’ princesses, and beasts was headed to the light rail station, where they would transfer to reach the Mall of America, one of our great national ‘temples of consumption.’ There they would revel in the generosity of merchants enjoying the biggest Halloween party in the area.

While our task is not to comprehend the strange juxtaposition between All Hallow’s Eve and All Saints Day (Sunday), those of us in the northern hemisphere understandably relate the end of the growing season with deaths that have occurred within the faith community. As beneficial as this may be to honor our grief, we have failed to make a connection between our sense of the Communion of Saints and the even greater Communion of All Creation. Perhaps our readings will help us find this thread.

Our First Reading from Daniel contains a vision worthy of Halloween horror. As the structure of the book is transformed from a series of ‘hero tales’ (ch. 1-6) to apocalyptic revelation, we are met by a series of animal figures representing historical kingdoms that threaten both the political survival of Judea and the piety of the people. While these animal figures call to mind the history of international politics between the Babylonian Exile and the time of writing (perhaps 167 B.C.E.), the real focus of Daniel’s apocalyptic material is Antiochus IV Epiphanes, the Greek-Syrian ruler, whose Hellenization program jeopardizes faith.

What is most important for us may be the beginning of Daniel’s night vision, a specter that opens with “the four winds of heaven stirring up the great sea….” (Daniel 7:2b). While this may recall certain elements of Babylonian creation myth, the outcome is clear. Just as the original creation is good, so these foul “beasts from the sea” cannot ultimately destroy God’s people. As they assume historical incarnation, the beasts show “feet of clay” (see W. Sibley Towner, Daniel, Atlanta: John Knox, 1984, pp. 94-95).

Yes, they can cause a brand of “chaos” reminiscent of the first creation narrative in Genesis, but God’s ever-renewing creation can be trusted. Despite the terror, the gift of understanding given to Daniel suggests that the “the holy ones of the Most High” (Daniel 7:18) will not succumb (Norman Porteous, Daniel, Philadelphia: Westminster, 1964, p. 112). Even if it seems that Antiochus IV Epiphanes is “devouring the whole earth” (Daniel 7:23), the rule that ultimately will prevail “shall be given to the people of the holy ones of the Most High” (Daniel 7:27). “All saints” can trust in the reliability of the God who renews creation and faith communities, who does not allow them to be destroyed even in the face of the greatest threats.

While the challenge to the author of this ‘circular letter’ we call Ephesians was more of internal unity than external threat, the epistle continues to maintain a cosmic view. In fact, the inclusion of both Jews and Gentiles suggests a universality that can only be expanded in scope. Yet, the letter supports this new unity by suggesting that, in some sense, this new creation community lives as if all were fulfilled. The shared experience of the Spirit, the “pledge of inheritance” (Ephesians 1:14), is an already accomplished fact. As Martin suggests, “the victory of Christ, both present and future, is presented as a fait accompli” (Ralph Martin, Ephesians, Colossians, and Philemon, Atlanta: John Knox, 1991, p. 23).

This sense of ‘already’ is buttressed by the conclusion of today’s reading with verses from what appears to be a liturgical text (Ephesians 1:20-23). Again, Martin suggests that in its worship the future is brought into the present as a “liturgical reality” (Martin, p. 23). This not only reminds us of the sense of always worshiping in the presence of the Great Communion of Saints, but also points toward an understanding of “the church, which is his body” , , , as “. . . the fullness of him who fills all in all” (Ephesians 2:23).

This sense of “the fullness of the body” reminds us of the work of Sallie McFague, who has been inspired, in part by Ephesians, to develop an ecological theology based on seeing the Earth as “God’s body” (The Body of God: An Ecological Theology, Minneapolis: Fortress, 1993, p. 32). However, the membership of this “body” is now extended to include all of creation. This “body” is threatened now, not only by the “beasts” of history as by also by an inadequate understanding of sin.

McFague suggests: “It is obvious, then, what sin is in this metaphor of the world as God’s body: it is refusal to be part of the body, the special part we are as imago dei . . . . Sin is the refusal to realize one’s radical interdependence with all that lives: it is the desire to set oneself apart from others as not needing them or being needed by them. Sin is the refusal to be the eyes, the consciousness, of the cosmos” (McFague, Models of God, Philadelphia: Fortress, 1988, p. 77).

Celebrating the interdependent fullness of new creation on All Saints Sunday surely points us toward the “Sermon on the Plain,” our gospel reading. While the audience is formally the disciple group, the proximity of great crowds and multitudes (Luke 6:17- 18) who had come to hear removes all limits. And it is a very important set of teachings. As Luke Timothy Johnson suggests, “The literary prototype for both sermons is provided by the delivery of the Torah to the people by Moses” (The Gospel of Luke, Collegeville: Liturgical Press, 1991, p. 110). Surely this fits with the New Exodus theme adopted by Luke (9:31) and emphasized in these comments.

We hear this theme especially in the “blessings” that form the “new creation” community. But we have heard them before in Luke. Certainly the concern for the poor and hungry has been outlined in the Magnificat (Luke 1:52-53) as well as in Jesus’ “inaugural sermon” in Nazareth, where, reading from Isaiah 61, Jesus announced his agenda as beginning with “bringing good news to the poor” (Luke 4:18a).

Here we see that “the fullness that fills all in all” in Ephesians 2:23 becomes much more concrete. As suggested by the Magnificat, the hungry are filled, but “woe to you who are full now, for you will be hungry” (Luke 6:21, 25). As many have suggested, Jesus brings a reversal of current fortunes in creating this new community of faith.

This newly-formed community is governed by new norms as well. Gone is the notion of reciprocity, where goods of equal value are exchanged in calculating social commerce. Instead, the watchword is: “Love your enemies, do good to those who hate you, bless those who curse you, pray for those who abuse you” (Luke 6:27-28). Not only does this create a consistency between community formation (not based on merit, but mercy) and community preservation; it also allows for the eventual integration of all into this new community.

That is, to be truly new, this community has to demonstrate more than the replacement of the rich by those who were poor, who now will have the opportunity to become the new wealthy. By calling for transformative love of enemies, reconciliation between ‘classes’ becomes more than possible. Or, to put it another way: this is the only way beyond the historical alternation of elites that has usually taken place with “revolutions.”

This movement beyond prudential reciprocity is also evident in the teaching on what we might call ‘economics.’ “Give to everyone who begs from you; and if anyone takes away your goods, do not ask for them again.” (Luke 6:30)  This moves trust from the commercial marketplace to the provision of ‘daily bread’ as divine gift. What’s more, it moves toward a need-based world-view that is demonstrated in Acts 2:44-47. This may be, as Frederick Danker suggests, an implementation of the Jubilee announced by Jesus at Nazareth (Luke 4:18-19; Jesus and the New Age, Philadelphia: Fortress, 1988, p. 143).

All this is summarized in “the golden rule,” a norm that exposes the weakness of reciprocity. Moving beyond mere reciprocity requires the gift of faith found in a secure sense of belonging to the new creation community. As Johnson suggests, “do as you want done” is not even enough. Rather, the standard is better described as “do as God would do” (Johnson, p. 112). For this is the ultimate source of the forgiving love of enemies, sending rain on the just and unjust, and the provision of daily bread regardless of credit rating. This is the source of a compassion that spills beyond the merely human to a realization that our common creatureliness leads us to embrace all that God has made and to learn from this earthy and diverse richness.

If Luke invites all of God’s people and the whole creation on this New Exodus journey, then, as Gordan Lathrop suggests, “the Risen Lord is still the journeying one, still gathering people into the kingdom, still being refused and opposed, but also still the one coming to be received by the current assemblies of Christians—like the stranger in the Emmaus account . . . ” (The Four Gospels on Sunday, Minneapolis: Fortress, 2012, p. 111). One cannot doubt that this presence in our current assemblies also expands the notion of the Great Communion of Saints to becoming the Communion of All Creation.

How might we envision this Communion of All Creation on All Saints Sunday? Perhaps we would be wise to begin with poets, like Denise Levertov, who are on the frontiers of this understanding. Listen to the second stanza of her poem, “We Come Into Animal Presence.” (Denise Levertov, The Life Around Us, New York: New Directions, 1997, p. 34)

What is the joy? That no animal

falters, but knows what it must do?

That the snake has no blemish,

that the rabbit inspects his strange surroundings

in white star-silence? The llama

rests in dignity, the armadillo

has some intentions to pursue in the palm-forest.

Those who were sacred have remained so,

holiness does not dissolve, it is a presence

of bronze, only the sight that saw it

faltered and turned from it.