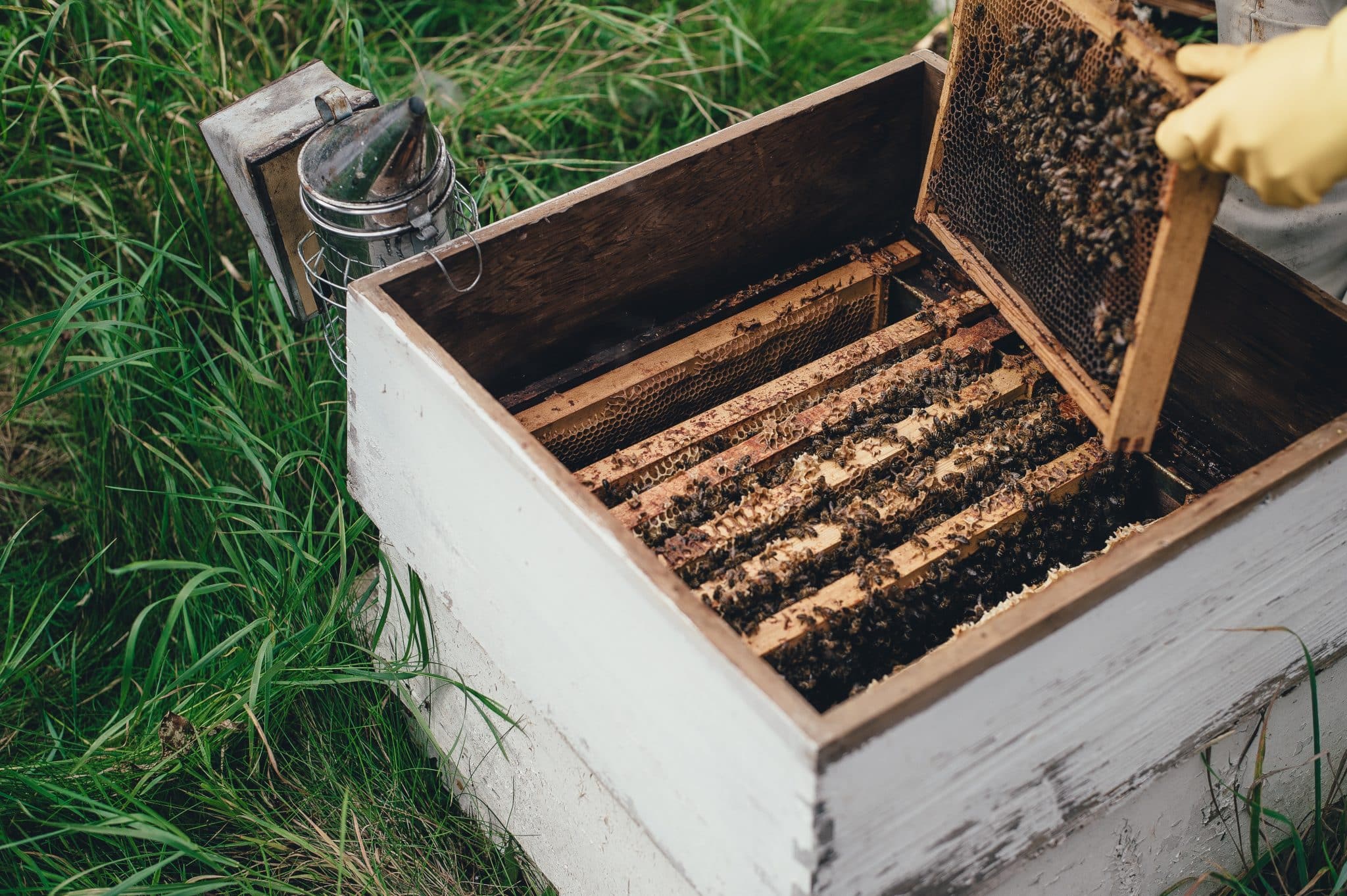 As we began this series of short comments several weeks ago, it was suggested that Luke guides us on a ‘New Exodus journey’ (Luke 9:31), a journey that features a ‘new Miriam,’ Mary, who begins her trek with a simple statement of faith: “Here I am, the servant of the Lord; let it be with me according to your word” (Luke 1:38). While we have no evidence that this Miriam danced, her song, the Magnificat, still echoes as a New Exodus manifesto: “He has brought down the mighty from their thrones and lifted up the lowly . . . .” (Luke 1:52).

Mary gives birth to a child, born of the earth, wrapped in earth’s cloth, and laid in a manger of earthen material. Yet, this lowly infant, a servant of creation, is attested by the elderly Simeon to be “a light for revelation to the Gentiles and for glory to your people Israel” (Luke 2:32). This week’s readings will demonstrate just this power of servanthood to break through the boundaries that divide to provide new hope for all creation.

At first, General Naaman, who has won significant victory over Israel in the field, seems a most unlikely candidate for healing that breaks down boundaries. Yet, as part of his war plunder, Naaman had acquired a Jewish female servant who had compassion for the skin disease (leprosy) suffered by her master. The young servant girl lamented to her mistress, “If only my lord were with the prophet who is in Samaria! He would cure him of his leprosy” (2 Kings 5: 3). Hearing this, and grasping at the hope it presented, Naaman went to his ‘master,’ the king, who agreed to send a letter of request along with an unimaginably great ‘healing fee’ to his counterpart, the king of Israel (2 Kings 5:4-5).

But the king of Israel wondered if this request was a diplomatic ruse that may lead to further conflict. Nevertheless, when Elijah learned of the request, he replied simply, “Let him (Naaman) come to me, that he may learn there is a prophet in Israel” (2 Kings 5:8). And Naaman did come, arriving with his retinue at Elisha’s house. But he did not see Elisha himself, only a messenger who advised Naaman, “Go, wash in the Jordan seven times, and your flesh shall be restored and you shall be made clean” (2 Kings 5:10)

Naaman was angry that Elisha did not attend to someone of his rank personally. What’s more, he was offended by the thought that this healing could not take place in the far more impressive rivers of Syria. He made plans to leave in a rage (2 Kings 5:11-12). Fortunately for Naaman, his servants calmed him down, suggesting, “Father, if the prophet had commanded you to do something difficult, would you not have done it? How much more, when all he said to you was, “Wash, and be clean?”(2 Kings 5:13).

Naaman reconsidered.  He went down to the Jordan, immersed himself seven times, and “his flesh was restored like the flesh of a young boy, and he was clean” (2 Kings 5:14). Renewed, Naaman returned with his company to Elisha and confessed: “Now I know that there is no God in all the earth except in Israel; please accept a present from your servant.” Now, the mighty Naaman was a servant! He saw himself as part of the “network of servanthood” that had accomplished his healing. Even though he wanted to share his joy with a large gift to Elisha, as one called to bring God’s healing word as a servant, Elisha refused it (2 Kings 5:16). Naaman had only one more request: that he be given two mule-loads of Israeli earth, to ‘ground’ himself in his new servanthood (2 Kings 5:17).

The power of such a network of servanthood to break down old barriers is at work in this week’s Gospel reading as well. At first glance, our pericope seems to be a healing story with a bonus lesson on giving thanks. Of course, it is both of these. Ten lepers, forced to live outside the village by religious law, keeping their distance cry out, “Jesus, Master, have mercy on us!” (Luke 17:12-13). Jesus responds by saying, “Go and show yourselves to the priests.” As they enter the village to seek ‘certificates of cleansing’ from the priests, a kind of New Exodus, they are all made clean (Luke 17:14). Luke continues the story by describing one who returned praising God with a loud voice. Only as he falls at Jesus’ feet and thanks him, do we read “And he was a Samaritan” (Luke 17:16).

But this story is much more than it appears to be. Following Jesus’ instruction about servanthood, it is significant that the lepers correctly address Jesus as “Master.” This correct address reminds the disciples that they were all as outcast as the lepers. Not only can they expect no thanks for their servanthood (Luke 17:9), like the Samaritan leper, they are called to thank the one who has saved them. As Luke Timothy Johnson suggests, “The ‘faith that saves’ of the Samaritan reminds the apostles—for whom the temptation to assume the role of “master” rather than “slave” is endemic—of the absoluteness of the faith given them. For this they can never stop giving thanks to the master, never arrogate to themselves the status of master” (The Gospel of Luke, Collegeville: Liturgical Press, 1991, p. 262).

And, it is ‘arrogating to themselves the status of master,’ or, as Frederic Danker puts it, “self-aggrandizement that is maintained at the expense of others” (Jesus and the New Age, Philadelphia: Fortress, 1988, p. 291) that blocks breakthroughs experiencing the breadth of the new creation Jesus inaugurates. Certainly, this kind of breakthrough is symbolized by Luke’s dramatic mentioning of the seemingly incidental fact, “And he was a Samaritan,” only after the former leper returned to give thanks and find a community home (Luke 17:16. This was undoubtedly a Samaritan who knew his role as servant.

Yet, this should be no surprise. When the, New Exodus company began their journey toward Jerusalem, they reacted strongly to being rebuffed by a Samaritan village and asked their Master if they should, like Elijah (2 Kings 1:9-16), call down fire from heaven. “But he (Jesus) turned and rebuked them” (Luke 9:55). This rebuke is made all the sharper in the very next chapter of Luke’s narrative, where Jesus tells the story of the ‘Good’ Samaritan (Luke 10:29-37). Finally, we recall that when Jesus began his formal ministry in Nazareth, in his ‘inaugural sermon’ he included a telling reference to Naaman, who was healed despite his status as a foreigner (Luke 4:27). The cost, of course, was an attempt to “hurl him off the cliff” (Luke 4: 29), a portent of things to come.

It is Jesus, the Master become servant of creation, who breaks barriers and frees those who come after to move beyond contemporary boundaries to creation care. Reading through his new book, Oil and Honey (New York: Holt, 2013) one cannot help being moved by the servanthood of Bill McKibben. Not only is his orientation to working to care for creation global—helping to found 350.org to confront climate change and leading the largest U.S. civil disobedience action in this century to at least delay the Keystone XL pipeline; he completes this servant-calling by involvement with the local economy in the area surrounding his home in the Champlain Valley of Vermont.

This involvement began when McKibben was asked to teach a class on “Local Food Production” at Middlebury College in 2001. While there were not many resources available then, he seemed to come across the name Kirk Webster in article after article in the Small Farmer’s Journal, writings primarily focusing on beekeeping. Desperately searching for resource people to speak to the class, McKibben discovered that Webster lived in “the next town over” (McKibben, p. 2). Webster not only presented to the class, but he and McKibben developed a growing friendship.

Webster had been involved in beekeeping for years, but had never been able to accumulate enough money to buy a place of his own. Even though Webster had developed techniques to deal with “colony collapse disorder” without resorting to toxic chemicals and was well-known in the world of apiarists, this did not translate into capital funds. McKibben, who had achieved some financial independence through his writings, made him an offer: “What if I buy you a piece of land and grant you free lifetime tenure on it? In return, you build the farm buildings and get the land working, and pay the insurance and taxes” (McKibben, p. 6).

Webster agreed to this “too good to refuse” offer and began the building process with the hope of passing on his skills to apprentices over what he hoped would be twenty more years of work. While McKibben could not be called an ‘apprentice,’ it is clear that he has worked with Webster when he is able in order to deepen his understanding of the beekeeping process crucial for the pollination of at least one-third of all that grows. In doing this, he has modeled the connection between servanthood in one’s home and on our home planet, a servanthood designed to break down the boundaries between humankind and the rest of creation so that we can see all that God has made as a gift and learn to restrain ourselves so that less than one-quarter of the carbon-based fuel available is ever burned (McKibben, “Global Warming’s Terrifying New Math,” Rolling Stone, July 19, 2012)