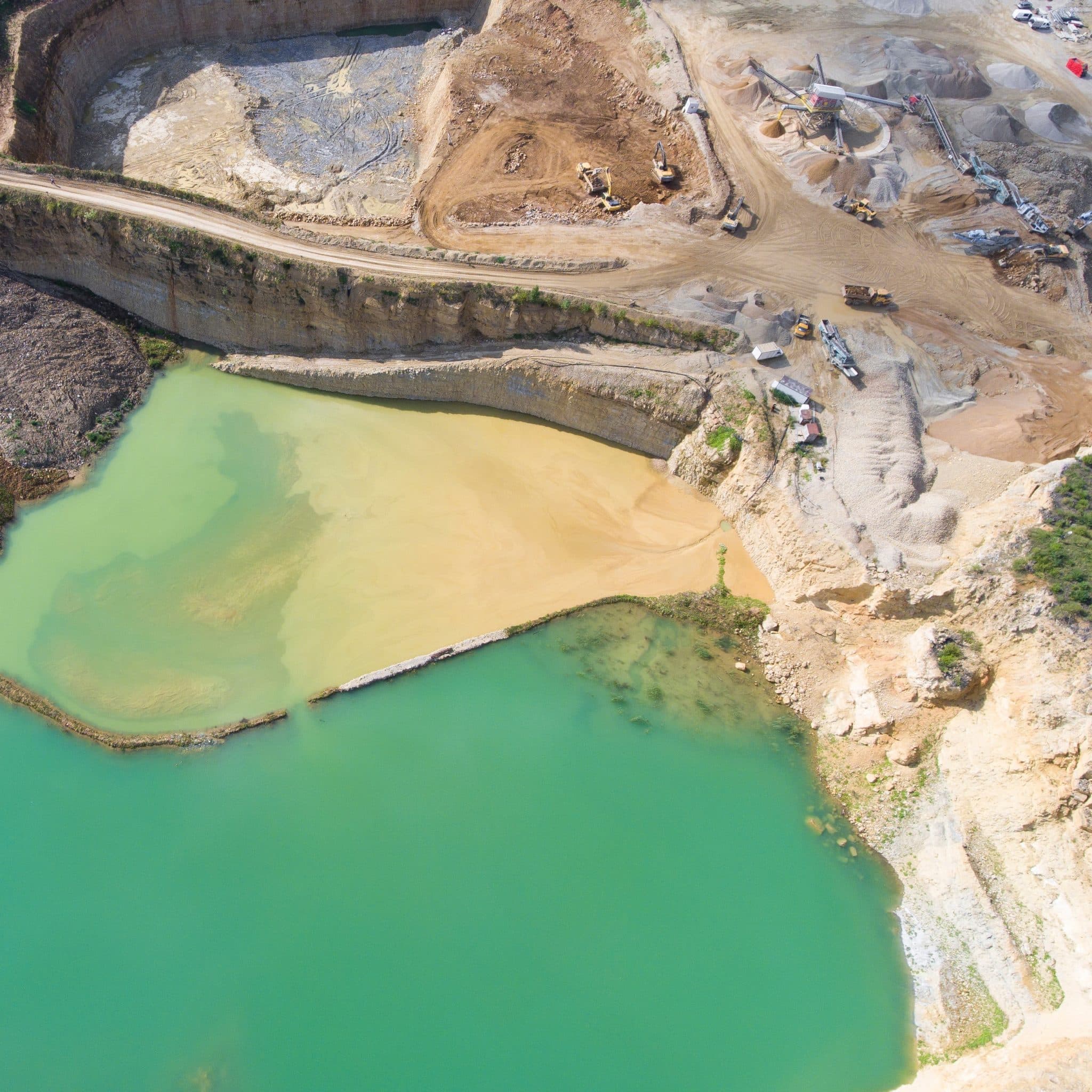 We are called to exercise the “priestly task” of interceding before corporations, military organizations, and governments that destroy God’s creation.  – Tom Mundahl reflects on Exodus 32:7-14 and Luke 15

As we enter the last ‘trimester’ of Ordinary Time, our Common Lectionary readings continue to point God’s people toward creation care. This is particularly true as we take up once more Luke’s theme of New Exodus. Not only is this theme stated explicitly in the Transfiguration, where Jesus, Moses, and Elijah converse about Jesus’ “exodus” (NRSV, “departure”) to take place in Jerusalem (9:31); it is suggested throughout the Gospel.

For example, Luke presents us with another “Song of Miriam,” the Magnificat, this time not to accompany dancing on the far shore of the Reed Sea, but singing in response to Elizabeth’s acknowledgment of the importance of this child, whose birth will not only shower creation with mercy, but “bring down the mighty from their thrones and lift up the lowly” (Luke 1:46-55).  What’s more, the very same (and rare) verb denoting the power of the Most High “overshadowing” this young woman, who becomes the faithful partner in birthing new creation, is repeated as the disciples on the mountain of Transfiguration are “overshadowed” by the power of the Most High impelling them toward participation in this New Exodus breaking in Jerusalem (Luke 9:34). This “overshadowing” also suggests the wind, fire, and verbal–interpretative fireworks that “create” and energize the new community in witness to God’s transformative action (Acts 2:1-21).

Even the first Exodus needs to be more broadly interpreted as much more than redemption history. As Terence Fretheim suggests, “. . . it is the Creator God who redeems Israel from Egypt. . . . . What God does in redemption is in the service of endangered life goals in and for the creation” (Terence E. Fretheim, Exodus, Louisville: John Knox, 1991, p. 13). Fretheim demonstrates that the Exodus narrative provides “cosmic purpose” behind God’s call of Israel in a setting of “creational need” to overcome the anti-life nature of Pharaoh’s power. This creation power once more roots  God’s people, who have come through the sea, on “dry land,” an image of new creation trumping power-mad chaos.

The purpose of this Exodus is creation-wide.  Israel is called to be a “nation of priests” –not as a sign of status and authority—but, just as a priest mediates hope and mercy to the community, Israel is to provide these for all of God’s creation. That is, the story of Israel –God’s people—is not an end in itself, but is told and enacted on behalf of all in the most inclusive sense (Fretheim, p. 14).

The breadth of this intention for the whole of creation is demonstrated dramatically at just what seems the moment of greatest crisis in the Exodus journey –the fashioning of “gods” in the form of a golden calf. Our reading depicts the one called LORD as being so disgusted that he says to Moses, “Your people, whom you brought up out of the land of Egypt, have acted perversely . . . .” (Exodus 32:7). In fact, the Holy One is so incensed that, finally, the request is simply to be “let alone” (Exodus 32:10).

But Moses will not let this God alone. Instead, Moses acts as “priest” interceding for his people. He mounts a broad appeal to God’s reasonableness and reputation: Why give the Egyptians more ammunition with which to laugh at this so-called “god” who brought people out to the wilderness just to kill them off? (Exodus 32:12).  Even more importantly, Moses appeals to God’s own promise given to Abraham, Isaac, and Israel (Jacob) (Exodus 32:13). Clearly, if there was a divine change of mind, this Holy One would appear no more reliable than the “calf builders” (Fretheim, p. 286).

“And the LORD changed his mind about the disaster he planned to bring on his people” (Exodus 32:14). While this is a “change of mind,” a “turning” of decision, it is far from what we might understand as “repentance of sin.” Instead, “divine repentance is the reversal of a direction taken or a decision made. But God does repent of evil (ra’). Evil has reference to anything in life that makes for less than total well-being . . . .” (Fretheim, 286).

Responding to Moses’ priestly intercession, God moves beyond the people’s calf-building perversity in order to fulfill promises made that ultimately will bring about “salvation–healing” for all, including  creation. As Fretheim reminds us, “It is this openness to change that reveals what it is about God that is unchangeable: God’s steadfastness has to do with God’s love; God’s faithfulness has to do with God’s promises; God’s will is for the salvation of all” (Fretheim, p. 287).

Crucial to this intention is the calling of this Exodus people to be “a priestly kingdom and a holy nation” (Exodus 19:6). As Norman Wirzba reminds us: “At the most fundamental level, to be a priest of the world means that one is committed to receiving the world as a gift from God, and then seeing in the sharing of these gifts their most proper use. To be a priest (whether as a community or an individual) is to place oneself at the intersection of God’s sacrificial love and the sacrifices of creation’s many members as food and nurture” (Wirzba, Food and Faith: A Theology of Eating. Cambridge: 2011, p. 205).

This is just what the Judean religious elite Jesus confronts has failed to do. And the leaders’ failure emphatically reminds us of the stubborn people for whom Moses intercedes. Luke writes, “And the Pharisees and the scribes were grumbling and saying, ‘This fellow welcomes sinners and eats with them’” (Luke 15:2). It is no surprise that this language echoes that of the Exodus people grumbling (LXX) about their lack of water to drink. (Exodus 17:3)

But here the “grumbling” is about Jesus’ welcoming all—even sinners—to the new creation community. In his teaching, Jesus demonstrates “priestly behavior.” Instead of condemning those called to live out a “priestly role”—interceding for and teaching the people—Jesus “intercedes” for them by sharing parables that free them to see the world in a new way so they may fulfill their priestly calling.

The three parallel stories told in Luke 15 not only contrast finding and losing, they provide the antidote to “grumbling” in celebration. The shepherd, the woman, and the Father all call those around them to “rejoice with me” (Luke 15: 6, 9, 32). Why celebrate? Because what was lost has been found. And, as both of the parables in our section make clear: “Just so, I tell you, there will be more joy in heaven over one sinner who repents than over ninety-nine righteous persons who need no repentance” (Luke 15:7).

This is precisely the function of priestly leadership: not only to intercede for the “lost,” but to make it clear that they are welcome to take their place at the table of celebration (Luke 14:12-14). This breadth of invitation also reminds us that, having been found and nourished, we are all called to the “priestly task” of interceding and caring for creation.

Restoring the wholeness of creation and community is the purpose of the Most High who “overshadows” young Mary. This happens by toppling the mighty from their thrones and lifting up the lowly (Luke 1:35, 1: 46-55). It is the purpose of the inner circle of disciples being “overshadowed” by the divine presence at the Transfiguration, namely, to serve as witnesses to a New Exodus in Jerusalem whose consequences are cosmic (Luke 9:34). This is much more than a matter of putting the “lowly” on the elite thrones; God’s people are “elevated” by receiving the creational gift of a new calling—to care for all that God has made.

While reading Jared Diamond’s Collapse in preparation for a book discussion group, I was taken by his description of the seemingly intractable challenges of dealing with the environmental ravages caused by a declining mining industry in Montana. Diamond cites a spokesperson for a large smelting company, ASARCO, who could not understand how the firm could be held responsible for all the damage it had caused. “Isn’t this the modus operandi of American capitalism? Business leaders are more likely to be accountants or attorneys than members of the clergy”  (Diamond, Collapse: How Societies Choose to Fail or Succeed. New York: Penguin, 2005, p. 37).

If there are a few clergy among those reading this, you know the implication: clergy, as ineffectual as we might be, are the only ones who are tasked with struggling with the “the values” that might raise questions about corporate behavior. While this is the calling of all God’s people, at least this representative of the copper industry challenges “clergy” to perform their priestly roles.  If “clergy” is rooted in the Greek kleros, a term carrying the sense of “being assigned to a task,” then perhaps we need to actually exercise that ‘priestly task’ of interceding before corporations, military organizations, and governments that destroy God’s creation on the way to other “goals.”

Late in the summer of 2013, a Bloomberg News On-line Report indicated that in the past year Las Vegas had once more become the center of a new “real estate bubble.” The intensity of this boom in housing and other building is indicated by the fact that 60% of the recent purchases have been cash transactions!  (Kathleen Howley, “Bubbles Bloom Anew in Desert as Buyers Wager on Las Vegas,” Bloomberg.com, August 20, 2013)

At precisely the same time, the U.S. Bureau of Reclamation announced that continued drought has forced a reduction in water delivery from Lake Powell to Lake Mead, the Las Vegas Valley’s major water source. In fact, if there is no change in drought conditions, especially with winter snows that fill the Colorado River, by 2015, the water supply will have to be curtailed (Henry Brean, Las Vegas Review–Journal, online, August 16, 2013).

What is the “assigned task” to God’s priestly people? Is it to lead the “grumbling” at the lack of water? (Exodus 17:3). Or, is it to focus on the life-giving preciousness of water in worship, learning, service, and action, leading to new ways of using water and, perhaps, to new patterns of settling our bioregions? Another “New Exodus” in the desert!