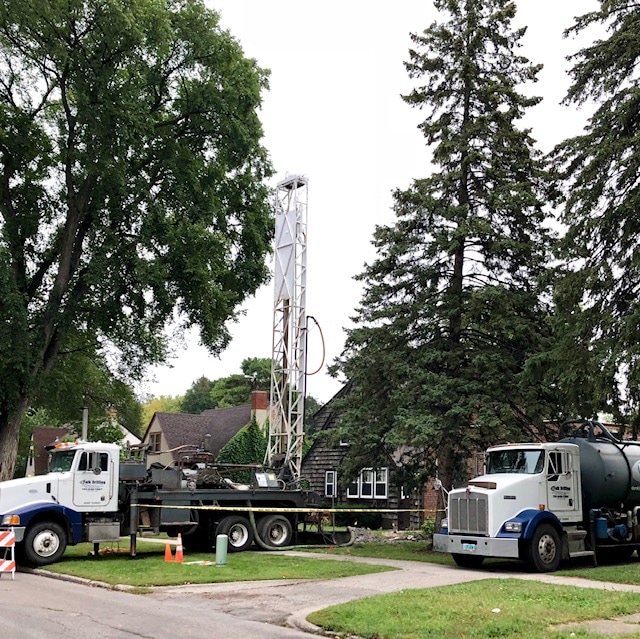 This fall major updates were made to Concordia College’s EcoHouse, a four-person campus residence for students who want to live more sustainably. The home’s aged heating system received an update through the installation of a geothermal heating and cooling system. The project commenced in August 2018 and was operational by October.

Concordia has long been interested in utilizing geothermal on campus, so when it was determined that the EcoHouse was a viable candidate for such a system, the administration jumped on the opportunity. A rebate offered by Moorhead Public Service also aided the college in making the project happen.

The geothermal system utilizes four vertical wells that were drilled in the front yard of the house. An environmentally safe antifreeze is pumped through the wells, warmed by the ground heat, and then pumped through a system that transfers the heat into air which is blown throughout the house. In the summer the system will also provide air conditioning by utilizing the cooler ground temperatures.

Having recently signed Second Nature’s Climate Commitment, this project is the first of many steps Concordia will be taking toward carbon neutrality.