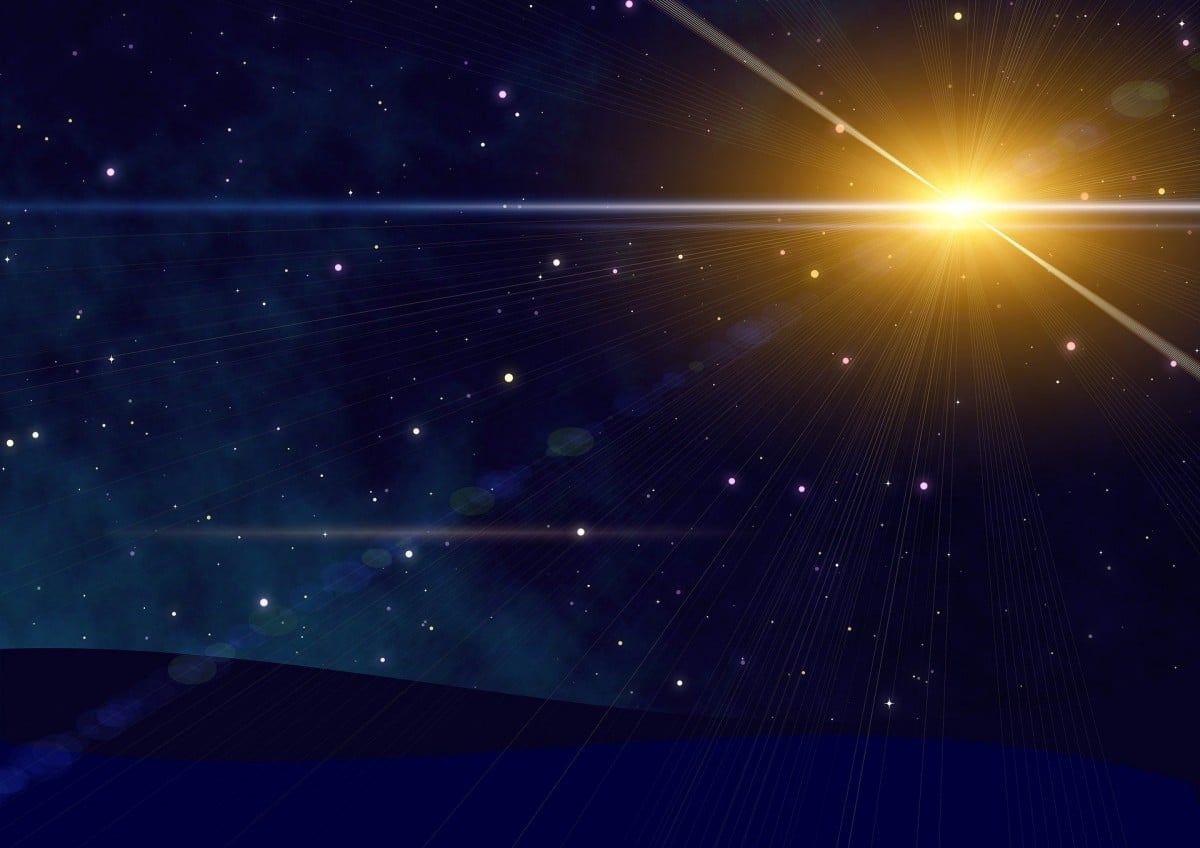 We need wisdom to sustain us as we live with the rest of Earth community. – Dennis Ormseth reflects on the Epiphany of Our Lord.

Readings for the Epiphany of Our Lord, Years A, B, and C

With this Sunday’s story of the visit of the “wise men from the East,” we return to Jesus’ birth. For the congregation, this return will no doubt serve to complete “the story of Christmas”: as the Christmas trees are removed from the sanctuary, the last of the cookies are consumed, and gifts shelved in appropriate places, Christmas is “over.” In the introduction to a commentary on “The Season of Epiphany,” however, John McClure insightfully corrects this common perception, quoting  Ann Weems’ poem, “It is Not Over”:

It is not over,
this birthing.

There are always newer skies
into which
God can throw stars.

When we begin to think
that we can predict the Advent of God,
that we can box the Christ
in a stable in Bethlehem,
that’s just the time
that God will be born
in a place we can’t imagine and won’t believe.

“The lectionary texts from Epiphany to the Transfiguration,” McClure observes, “shout emphatically, ‘It is not over!’” With these texts, McClure suggests, “ the church celebrates the manifestation or ‘showing forth’ of Jesus as Savior.”  (New Proclamation Year C, 2003-2004, ed. by Harold W. Rast. Minneapolis: Fortress Press, 2003; p. 65). It is particularly noteworthy, then, that this first narrative of manifestation is comprehensive in scope, including within the orbit of that salvation  as it does both “the nations” and the cosmos. Christmas is indeed not “over”: we have just begun to spell out its significance for care of all creation.

Raymond E. Brown sums up the meaning of the story of the magi this way: “In the persons of the magi, Matthew was anticipating the Gentile Christians of his own community. Although these had as their birthright only the revelation of God in nature, they had been attracted to Jesus; and when instructed in the Scriptures of the Jews, they had come to believe in and pay homage to the Messiah” (The Birth of the Messiah: A Commentary on the Infancy Narratives in Matthew and Luke. New York:  Doubleday, 1993; p. 199). With modest revision of Brown’s thesis, we propose that precisely because of their birthright of the revelation of God in nature, Matthew’s Gentile Christians would appreciate that the Scriptures of the Jews in fact promise the salvation, not only of Gentiles, but also of the cosmos which was indeed their means to knowledge of God. Their homage of Jesus as savior, we want to suggest, was an appropriate response to their discovery of what they saw as wisdom regarding the cosmos and its future in the plan of God.

The texts assembled by the church for this first Sunday in the Season of Epiphany set out resources for this discovery. The story of the visit of the wise men narrates the fulfillment of the promise from Isaiah 60, that in the midst of “darkness [that] shall cover the earth, and thick darkness the peoples,” as the lesson reads, “the Lord will arise upon you, and his glory will appear over you. Nations shall come to your light, and kings to the brightness of your dawn” (60:2).It is expected, then, that the coming of the Savior will be attended by cosmic signs such as the star of Bethlehem. More importantly, as part of the working out of the plan “of the mystery hidden for ages in God who created all things” (Ephesians 3:9), his coming will also lead to cosmic reconciliation, according to the plan which “with all wisdom and insight he has made known to us . . . as a plan for the fullness of time, to gather up all things in [Christ], things in heaven and things on earth” (Ephesians 1:9-10). Prophet and psalmist join in describing aspects of this reconciliation in affirmations that portend what we would today consider ecological justice and sustainability, as well as social justice. His coming will cause hearts to “thrill and rejoice” because “the abundance of the sea shall be brought to you, the wealth of the nations shall come to you” (60:5), and in Psalm 72:

May the mountains yield prosperity for the people,
and the hills, in righteousness.
May [the king] defend the cause of the poor of the people,
give deliverance to the needy,
and crush the oppressor.
May he live while the sun endures,
and as long as the moon, throughout all generations.
May he be like rain that falls on the mown grass,
like showers that water the earth.
In his days may righteousness flourish
and peace abound, until the moon is no more.
May he have dominion from sea to sea,
and from the River to the ends of the earth  . . .
May all kings fall down before him,
all nations give him service.
For he delivers the needy when they call,
the poor and those who have no helper.
He has pity on the weak and the needy,
and saves the lives of the needy.
(Psalm 72:1-8, 11-14; note that verses 8 and 9 are omitted from the reading).

With the Apostle Paul, the church is commissioned to bear “this wisdom of God in its rich variety” to all, even to “rulers and authorities in the heavenly places” (Ephesians 3:10).

What at the outset of this comment seemed a disordered sequence of texts is actually very well ordered with respect to our concern for care of creation. Last Sunday, we learned of Jesus “growth in wisdom” and explored the meaning of that growth with respect to his experience of God as creator; this Sunday, in turn, we are given a mandate to not only to explore more fully the content of that wisdom, but also to advocate for it publicly, in contention with “spiritual forces of evil” that are hostile to God (Ephesians 6:12; cf. McClure, p. 71.) We return briefly, therefore, to Larry Rasmussen’s argument for wisdom as “the biblical eco-theology and ethic,” as an illustration of what this mandate might mean for us in a time of global ecological crisis.

Rasmussen locates examples of wisdom in a great variety of genre, from didactic sayings to treatises that “grapple with life’s most difficult or perplexing circumstances–disease, calamity, boom and bust, the drama of good and evil,” along with “prayers, meditations, parables, and passages that invite a return visit over and again;” practices such as Sabbath-keeping and writing poetry also give expression to principles of wisdom. A more “ambitious and far-reaching” example of “wisdom-in-the-making” that directly addresses the global ecological crisis, however, is the Earth Charter.

After the failure of the 1992 Earth Summit in Rio de Janeiro to negotiate a comprehensive agreement, a Charter Commission launched what turned out to be “the most inclusive process ever associated with an international declaration, with grassroots participation by communities and associations of all kinds across all sectors of society.” While not a formal treaty, the Charter “seeks universal recognition and international backing as a ‘soft-law’ document, morally binding upon those who subscribe to it.” Generated with “high levels of participation cutting across all sectors of society, with a determined effort to include historically underrepresented voices, two aspects of the charter in particular “command the attention of religious ethics:  the Charter’s high levels of representation and agency in the effort to realize the ancient dream of an Earth ethic; and its moral universe, with respect for the full community of life and its diversity as foundational.”

Central to the Earth Charter is a vision of sustainable community that accords well with the expectations for social and ecological justice proposed in this Sunday’s texts. According to the charter, sustainable community is the effort to preserve or create all together or in part: greater economic sell-sufficiency locally and regionally, with a view to the bio-regions themselves as basic to human organization; agriculture appropriate to a region and in the hands of local owners and workers using local knowledge and crop varieties, with the ability to save their own seeds and treat their own plants and soils with their own products; the preservation of local and regional traditions, language and cultures and a resistance to global homogenization of culture and values; a revival of religious life and a sense of the sacred, in place of a way of life that leaches the sacred from the everyday and reduces life to the utilitarian; the repair of the moral fiber of society on some terms other than sovereign consumerism; resistance to the full-scale commodification of things, including knowledge; the internalization of costs to the local, regional, and global environment in the price of goods; and the protection of ecosystems and the cultivation of Earth, in the language of the Charter, as ‘a sacred trust held in common.’ (Rasmussen, Earth-Honoring Faith:  Religious Ethics in a New Key. Oxford:  Oxford University Press, 2013; p. 347)

The Charter qualifies as genuine wisdom, Rasmussen contends, because it is “attentive to questions that global capitalism, even as sustainable development, rarely asks: What are the essential bonds of human community and culture, as well as the bonds with the more-than-human world? What is the meaning of such primal bonds for a healthy, concrete way of life; what are cultural wealth and biological wealth and what wisdom do we need to sustain them in the places people live with the rest of life’s community?” (Rasmussen, p. 348).

“Wisdom,” Rasmussen concludes, “has found a home here.” Has God, we might well ask, thrown a new star in our sky? And will the church pay proper homage to it, and follow it?