Fifth Sunday after Epiphany in Year A (Mundahl14) 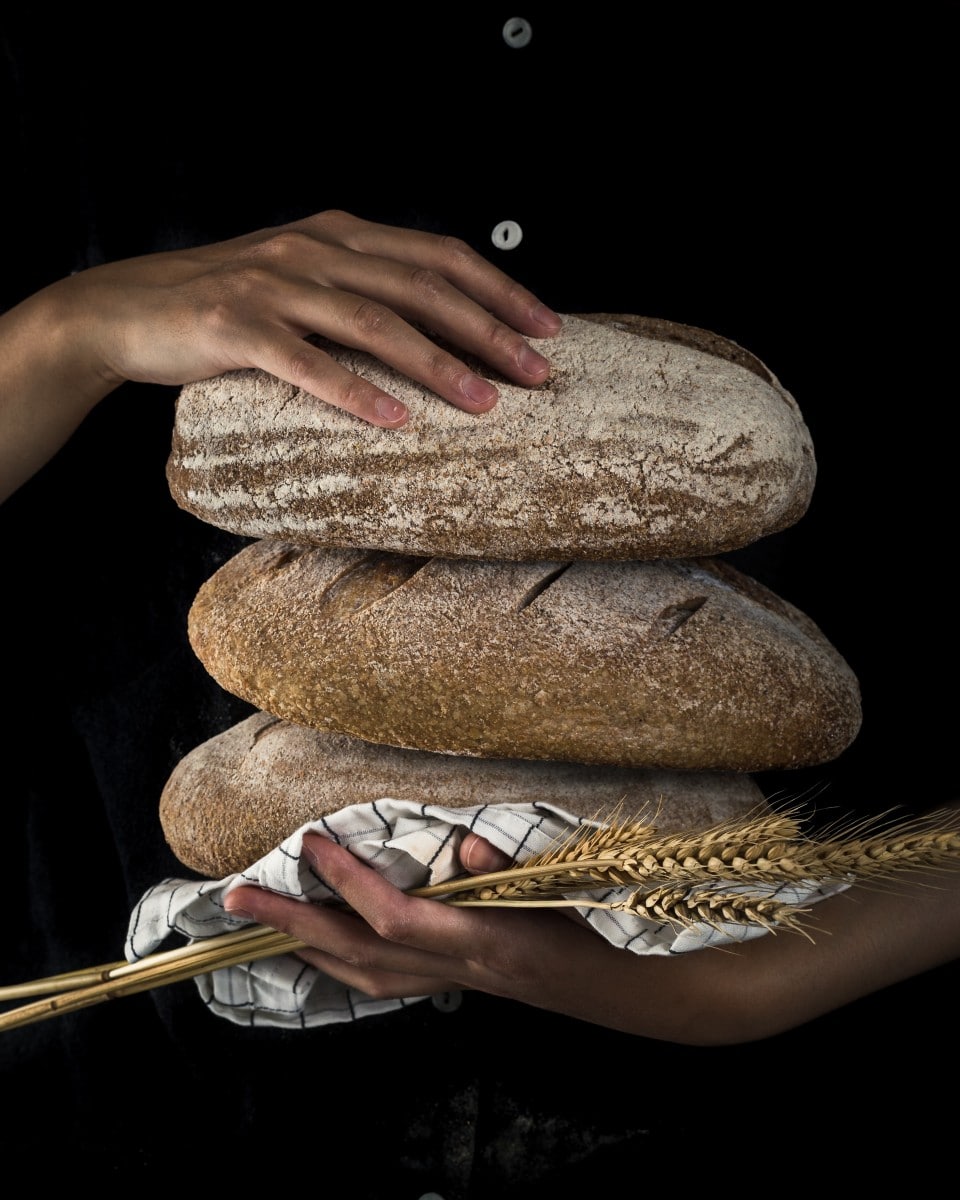 We Are Epiphany Communities – Tom Mundahl reflects on being salt for the Earth and bearing light for the world.

There are few things more satisfying than baking good bread. But that bread depends not only on quality of flour and the skill of the baker; its quality also is related to the right balance of ingredients. I remember the time I forgot the salt. Not only did the dough rise too quickly, this visually lovely loaf had no taste whatsoever!

This week’s First Lesson from Second Isaiah teaches us a thing or two about religious practice that has the appearance of a fine, fresh loaf, but has no taste. The prophet takes a hard look at what Paul Hanson calls “faith in the subjunctive mood” (Paul Hanson, Isaiah 40-66. Louisville: John Knox, 1997, p. 204). As the prophet reveals, “Yet day after day they seek me and delight to know my ways, as if they were a nation that practiced righteousness and did not forsake the ordinance (mispat) of their God” (Isaiah 58:2a).

Apparently, the most religious had transformed what they considered “religion” into private acts of prayer and ritual “leaving the entire realm of social relations and commerce under the domination of ruthless, self-serving exploitation. . . .” (Hanson, p. 205). But the prophet stands firmly in the traditions of his guild, which reminded the people of their liberation from Egyptian slavery, their dependence on God’s sustenance in the wilderness, and the gift nature of their land. Because they had received these generous gifts, they were to be generous in sharing—especially with those in need.

This is the logic undergirding Isaiah’s definition of authentic religious practice. “Is this not the fast that I choose: to loose the bonds of injustice, to undo the thongs of the yoke, to let the oppressed go free, and to break every yoke? Is it not to share your bread with the hungry, and bring the homeless poor into your house; when you see the naked, to cover them and not hide yourself from your own kin” (Isaiah 58:6-7).

The results of practicing honest religion point to a healing that extends to the whole creation. Not only will “your light break forth like the dawn” (Isaiah 58:8), but bones—the structure of personhood—will be strengthened and “you shall be like a watered garden, like a spring whose waters never fail” (Isaiah 58:11). This integrity will result in a marvel of urban planning, repairing a city whose foundations will nurture many generations with the lure of “streets to live in” (Isaiah 58:12).

In fact, this restoration will be a return to the very intention of creation, celebrated with the creation of Sabbath on the seventh day. Isaiah’s account of the effects of authentic repentance (“fasting”) culminates in a vision of “life’s fecundity and fresh potential. Once the bonds of oppression that maim and destroy life are removed, then life can flower into the diverse and beautiful forms that God planted in the first garden” (Norman Wirzba, Food and Faith: A Theology of Eating. Cambridge: 2011, p. 166). As a result of this renewal, all creation enjoys the interdependent harmony of “Sabbath delight” (Isaiah 58:13), where all creatures celebrate the memberships of life as they share their bread (Wirzba, p. 165).

Because this week’s Gospel Reading immediately follows a sobering account of what those who are “blessed” to be joined to the “kingdom of heaven” can expect—being reviled and persecuted as the prophets were (Matthew 5:11)—one wonders if “delight” is even remotely possible.  But recall that the final beatitude concludes with a call to: “Rejoice and be glad, for your reward is great in heaven, for in the same way they persecuted the prophets who were before you” (Matthew 5:12).

This joy is clearly stronger than any persecution the Roman Empire or the elite religious opponents will provide. But it requires this new community to live in harmony with its gracious identity. The parallel statements “You are the salt of the earth” (Matthew 5:14) and “You are the light of the world” (Matthew 5:14) move them in this direction. While salt has many uses, its primary function has been to season food. As Ulrich Luz suggests, “Salt is not salt for itself but seasoning for food. So the disciples are not existing for themselves but for the earth” (Ulrich Luz, Matthew 1-7. Minneapolis: Augsburg, 1989, p. 251). The purpose of the light metaphor is much the same, leading to the intended result (both with “seasoning” culture and the earth and “vision”) “that they may see your good works and glorify your Father in heaven” (Matthew 5:16).

Clearly, Matthew’s Jesus is not advocating a “works righteousness” schema. For him, a person’s actions are integral to identity. Salt becomes effective only by salting. Light becomes valuable only when it shines. To indicate to the new community “you are the light of the world” confers both identity and the sense that it cannot but be realized in action. “Matthew speaks without embarrassment of good works, without meaning self-justification by works” (Luz, p. 253).

More important for us may be that the predicates of these two statements: “you are the salt of the earth” (Matthew 5:13) and “you are the light of the world” (Matthew 5:14). For this new community embraced by a new kind of regime, the earth is the focus of its action. This is crucial, since Matthew’s narrative suggests that the kingdoms of the earth are under control of the devil, a nasty, but justified slap in the face for the Roman Empire (Matthew 4:8). It is this Empire that claimed to be able to provide “bread” for its people, but often gave them little more than “bread and circuses.”

Why these powerful images of salt and light? As Warren Carter suggests: “They emphasize the missional identity and lifestyle of disciples. While participation in God’s empire is blessed, it mandates an alternative way of life that challenges the status quo. This is a costly demand for a minority and marginal community, vulnerable to being overpowered by, or accommodating itself to, the dominant culture. The two images strengthen that identity and direct its way of life in a hostile context.” (Warren Carter, Matthew and the Margins. Maryknoll, NY: Orbis, 2000, p. 139).

We began this commentary with a consideration of bread baking, where I shared a failed attempt to bake bread without salt. Not only was it tasteless; the dough had risen so much and so quickly, the bread had no “crumb,” no structure. To a faith community called to be “salt of the earth” (Matthew 5:13), this has important implications for care of creation.

Without a limiting factor, humankind seems much like bread dough that is intent on fermenting—rising with no end in sight. Whether it is emitting carbon and other greenhouse gases, wasting increasingly precious water, or continuing the collection of often unneeded consumer items that overwhelm disposal capacity of land and sea and are recycled at an unsustainably low rate, especially in the U.S., the absence of limiting discipline is frightening. Not only does this dishonor the “material gifts of creation,” but it forgets, as William Rathje and Robert Lillienfeld have shown in their indispensable book, Use Less Stuff, that recycling has always been a way to maintain consumption and has never historically solved the problem of excess (Rathje and Lillienfeld, Use Less Stuff. New York: Ballantine, 1998, pp. 6-26).

Earth needs “salt” to limit all these dangerous increases. Wirzba suggests that faith directs our focus to being where we are and paying attention to community (including creation community!) needs. “As we dedicate ourselves to understanding our place in the wider world, we can learn something of a habitat’s or community’s limits and possibilities. . . . And we can draw upon the faculty of our imagination to envision possibilities for improvements” (Norman Wirzba, The Paradise of God, Oxford: 2003, p. 155).

Yet, Wendell Berry is right about the difficult balancing act that care of creation and sharing good bread involve. “To live, we must daily break the body and shed the blood of Creation. When we do this knowingly, lovingly, skillfully, reverently, it is a sacrament. When we do it ignorantly, greedily, clumsily, destructively, it is desecration” (Wendell Berry, “The Gift of Good Land” in The Gift of Good Land: Further Essays Cultural and Agricultural. San Francisco: North Point Press, 1981, p. 181). As an Epiphany community bearing necessary light, we must also be “salty” enough to provide a vision of limits that will, at minimum, slow down the destructive forces threatening God’s creation.