Preaching on Creation: Fifth Sunday after Epiphany (February 5) in Year A (Ormseth17) 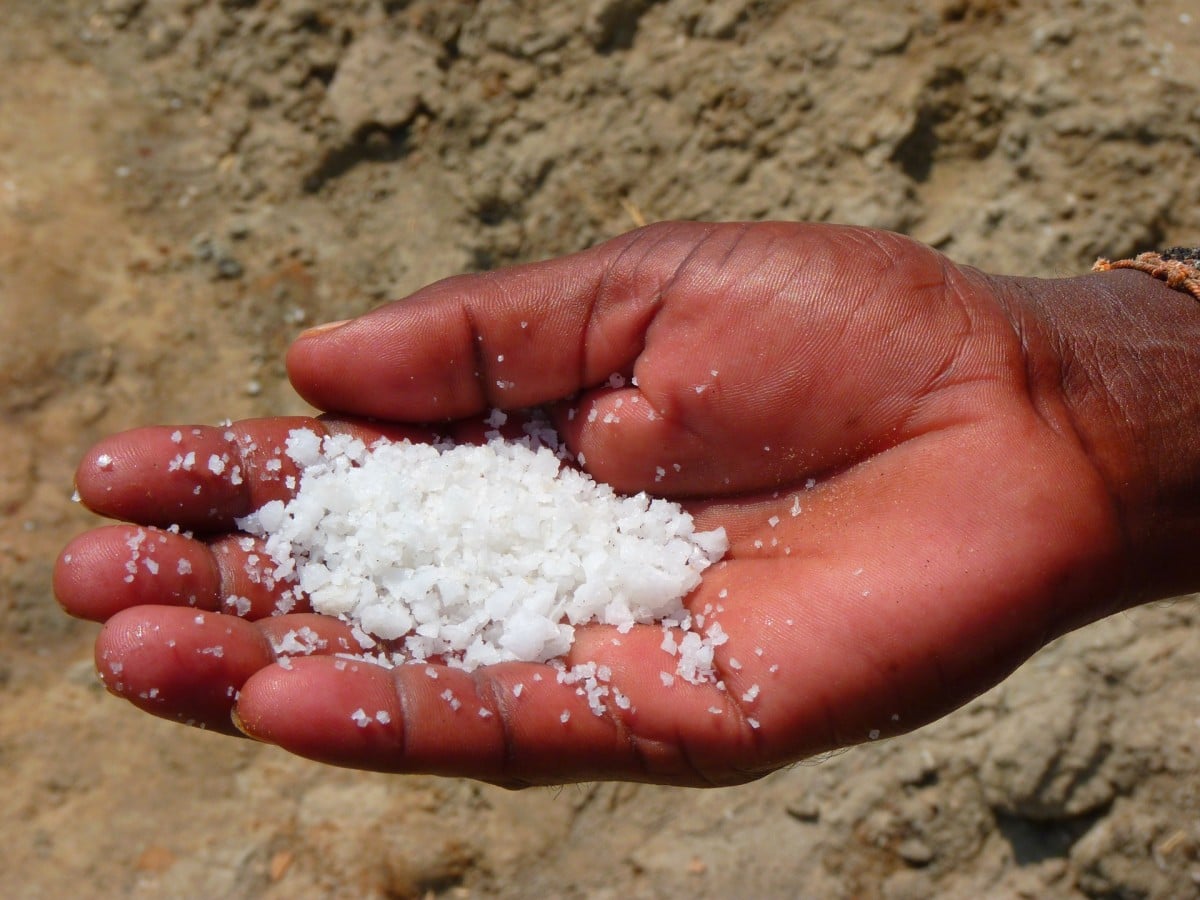 Meeting  the “Creational Need” of Nature – Dennis Ormseth reflects on salt and light.

As the reading of the Sermon on the Mount continues for another eight verses this Sunday, we extend our exploration from last week’s comment, to see whether Jesus’ teaching provides further support for an “Earth-honoring faith” (See that comment for a statement of what such faith requires, following Larry Rasmussen’s description in his book by that title). Although this Sunday’s readings do not offer us an “Earth-honoring” metaphor comparable to last Sunday’s first reading, the prophet Micah’s “trial before the mountains,” there are nonetheless strong echoes here of themes we found significant for such a faith.

In the first reading, for instance, the prophet Isaiah similarly announces Jahweh’s rejection of the pretense of the wealthy who come seeking God’s presence, while they do nothing about removing the “bonds of injustice” and the “yoke” of oppression, poverty, and homelessness they place on the those below them.  The text thus again rejects the master and slave ethic, which, as Rasmussen suggests, in the industrial age has been extended from social and economic relationships to “other-than-human nature” in a “paradigm of domination that renders nature essentially a slave to humanity, its steward and master” (Larry L. Rasmussen, Earth-honoring Faith: Religious Ethics in a New Key. Oxford: Oxford University Press, 2013, p. 100).  Those who choose to break with this pattern of domination and the false worship to which it is coupled, will be, in the prophet’s image, “light” that “shall break forth like the dawn” (cf. the Psalm, 112:4); they will share in a restoration of both body and habitat (The Lord will … satisfy your needs in parched places and make your bones strong; and you shall be like a watered garden, like a spring of water, whose waters never fail.” Isaiah 58:8, 11).  Their relationship with Yahweh will be fully restored, and as they “take delight in the Lord,” Yahweh will make them “ride upon the heights of the earth.” Thus in the end, here, too, with their abandonment of their rebellion over against God, the mountains receive them on behalf of the Earth. Their city restored, the people will be “called the repairer of the breach, the restorer of streets to live in” (Isaiah 58:12).  Restoration of the people’s relationship to Yahweh is accompanied by restoration of the relationship with the creation in which they live.

The second reading, in turn, brings back the theme of the power of God. Paul disavows human wisdom and power in favor of “a demonstration of the Spirit and of power, so that [the Corinthian congregation’s] faith might rest, not on human wisdom, but on the power of God” (1 Corinthians 2:4-5). He speaks “God’s wisdom, secret and hidden,” he writes, which ‘none of the rulers of this age understood…, for if they had, they would not have crucified the Lord of glory.” The wisdom and power of the crucified Christ, revealed by the Spirit, is accordingly contrasted to the wisdom and power wielded by the politically and socially powerful in pursuit of their imperial interests. With respect to our concern for care of creation, this contrast relates to perhaps the greatest imbalance of power in the modern world, that involving control over the development and flow of energy in the global fossil fuel industry, access to which, along a long chain of investor and consumer connections, is a major source of conflict and oppression in the world, much to the destruction of habitat for both humans and other-than-humans. The development of climate science over the past century has brought about a revelatory disclosure of these great power imbalances and their destructive impacts on the communities of creation.

So how do the sayings of the Sermon on the Mount relate to this situation? From last Sunday’s beatitudes, this is how: blessed are the poor in spirit, who despair over their powerlessness to liberate the earth they love, no less themselves, from the domination of the fossil fuel industry; they know themselves enmeshed and even enslaved to it by virtue of their inescapable participation in the global economy. The power of God’s presence restores them. Blessed are those who mourn, and thus do not hide or deny their grief over such terrible losses to habitat and species. God shares their pain. And blessed indeed are the meek, who do what they can in their own place, to secure space for their neighbors, both human and other-than-human, that is free from all such diminishment of their shared well-being. Theirs is the future of the earth.

Turning to this Sunday’s teaching, in so doing, the followers of this way will be regarded as “salt of the earth.” As Warren Carter points out, the image of salt has considerable polyvalence in scripture: “Sir 39:26 identifies ‘salt’ as one of ‘the basic necessities of human life.’  It seasons food in Job 6:6.  In Lev 2:13 and Ezek 43:24 salt and sacrifice are linked. Elisha uses salt to purify drinking water (2 Kgs 2:19-23). In Ezra 4:14 sharing salt seems to suggest loyalty (so also ‘salt of the covenant’ in Lev 2:13 and Num 18:19.)”  As “salt of the earth,” Carter suggests, “the community of disciples, not the ruling elite or the synagogue, is to live this flavoring, purifying, sacrificial way of life committed to the world’s well-being and loyal to God’s purposes (Warren Carter. Matthew and the Margins: A Sociopolitical and Religious Reading. p. 137). Building on the image’s polyvalence, Robert Smith suggests that it is precisely “the people who hear his words and follow him” that are “‘salt of the earth,’ and that means salt for the earth” (Robert Smith, New Proclamation Series A, 1998-1999. p. 148, emphasis added).  This is the second time the Earth is mentioned in the Sermon, the first being the reference to Earth as that which the “meek” will inherit (Matthew 5:5). “Salt for the earth” can then in turn be understood as pointing to those who are loyal to the earth and help to sustain its life in all its rich diversity and beauty. The Earth, Carter emphasizes, is where the “disciples live, in the midst of the poor in spirit, the mourning, the powerless, and the hungry and thirsty, dominated and exploited by the ruling elite (Matthew 5:3-6).” It is where the community embodies God’s empire as opposed to human empire, in mercy, purity, peacemaking and persecution, as it lives out its alternative existence (Matthew 5:7-12; Carter, p. 138).  And as we’ve seen in our second reading, restoration of this “saltiness”, this “Earth-loyal” faith happens by drawing on the wisdom and power of God, as disclosed by the Spirit in the cross and resurrection of Jesus.

Just so, according to the Sermon’s teaching, with this Earth-loyal, Earth-honoring faith, the followers of Jesus “are the light of the world” (Matthew 5:14).  For the second time, Jesus unexpectedly applies to the disciples an image that we have seen Matthew and the other evangelists use primarily for Jesus himself.  They are to continue the task first given to Israel, as our first reading reminds us (“light shall break forth like the dawn”; Isaiah 58:8, cf. Isaiah 42:6), and then assumed by Jesus as “light shining in the darkness.” The point of these two images of salt and light is clear: as Robert Smith writes, “Through Jesus, God is laying healing hands on the world to make it ‘all right’ and to summon us to live lives of ‘all rightness” (Smith, p. 150). Those who follow Jesus up the mountain are called to manifest, for all to see, the life that leads to the fulfillment of all righteousness for all creation. With this as his goal, the teaching of Jesus does indeed fully conform to the nature and purpose of the law and the prophet, as he claims in the closing verses of our reading (Matthew 5:17-18): gracious gift of God, fundamentally personal and inter-relational in character, meeting the needs of all creation, not a matter of abstract rules but rather grounded in the narrative of Israel’s experience with God that itself provides both guidance and encouragement for such action (For a description of these several aspects of Torah, see Terry E. Fretheim, God and World in the Old Testament. Nashville: Abingdon Press, 2005, pp. 148 – 150).

It is also shown, importantly we might add, to be highly consonant with the contemporary ecological understanding of life, which is likewise fundamentally inter-relational in character and meeting “the ‘creational need’ of nature.”

Originally written by Dennis Ormseth in 2017.