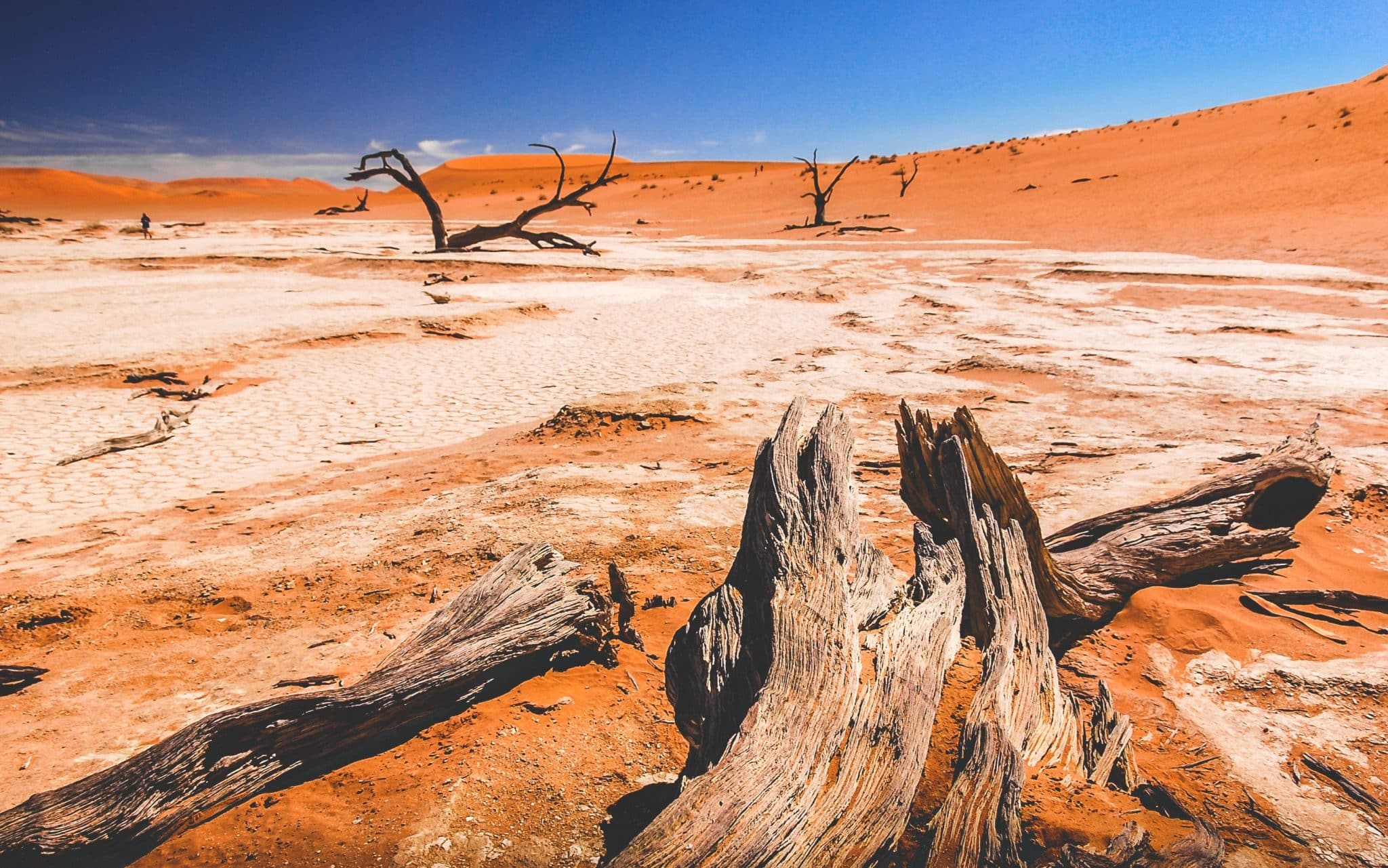 Can These Bones Live? – Tom Mundahl reflects on the cost of transitioning to a creation-normed economy.

As we worked to increase interest in our Easter Vigil, the decision was made to invite children to act out one of the readings each year. Whether it was the creation narrative, the story of Jonah, or Ezekiel’s vision of the valley of dry bones, they did it with gusto. I remember when the reader asked, “Mortal, can these bones live?” (Ezekiel 37:3), seeing children sprawled on a dark floor, unmoving, gave Ezekiel’s words intense contemporary gravity. As the lector continued, “I will lay sinews on you, and cover you with skin” (Ezekiel 37:6), the children began squirming, stood, and started a slow zombie dance, something they were very good at. Finally came the words, “Prophesy to the breath….” (37:9) and the dance of life began. Both the reading and the bones came to life.

But this text is far more than child’s play. It captures the grief of a people in exile, a people who wonder whether the God of promise has forgotten them and consigned them to permanent captivity. This desperation is clear in their communal lament: “Our bones are dried up, our hope has perished, our life thread has been cut” (Ezekiel 37:11). So the question posed by the LORD to the prophet, “Mortal can these bones live?” does more than score points on “trivia night; ”it is even more than a consideration of the possibility of resurrection. To the exiles the question is: Do we as a community have a future?

It is in the language of this dramatic parable that we find a clue. As Joseph Blenkinsopp observes, “the narrative is held together by the key term ruah. It occurs ten times in all, and here, as elsewhere, can be translated “spirit,” “breath,” or “wind” according to the context” (Ezekiel, Louisville: John Knox, 1990, p. 73). All three are gifts of God bringing new life in even the most extreme predicament.

Not only is God’s presence through the gift of ruah celebrated; in this parable the primal act of creation is reenacted, “when God formed humanity from the dust of the ground and breathed into its nostrils the breath of life” (Ibid.). Just as that creation responded to the need of someone to care for land (adamah), so this new beginning marks a return and new relationship with the land of promise (Ezekiel 37:11).

Walter Brueggemann makes it very clear that covenant renewal and the land belong together. Once again land becomes a gift “to till (serve) and keep” (The Land, Philadelphia: Fortress, 1977, p. 142). The importance of entering the land as if for the first time is the burden of much of the remainder of Ezekiel with its description of Yahweh’s return to the temple (Ezekiel 43:1-5), redistribution of the land (47:13-48: 29), and the associated rebuilding of Jerusalem. It is important to note that as exiles return (from being “aliens” themselves) even aliens will have a place. “They shall be to you as citizens of Israel with you, they shall be allotted an inheritance among the tribes of Israel” (47:22b).

With the increasing ratio of carbon dioxide in the atmosphere, wild weather swings, and fear of government protections (regulations) disappearing, the question, “can these bones live” is remarkably timely. Philosopher Glenn Albrecht has coined a term describing this particular state of longing for past environmental predictability and safety, “solastalgia.” That this impacts a substantial portion of the population finds support in a recent article published in the British medical journal, Lancet, describing health risks coming from discomfort and stress caused by fear of rapid climate change. (Nick Watts, et al,”Health and Climate Change: Policy Responses to Protect Public Health,” Lancet, No. 386, pp. 1861-1914)

Those who seek ecojustice long to escape from “solastalgia” and hopelessness. “Out of the depths” we cry to the LORD (Psalm 130:1). But as we wonder about life in the depths and whether our “dry bones” can live, we continue to trust in the God who gives us patience “to wait for the LORD more than those who watch for the morning” (Psalm 130:6). Yet, the one we wait for also reveals the vision of a city whose river is pristine, whose vegetation is rich in food, with trees whose leaves bring healing, an urban center that even welcomes aliens (Ezekiel 47:7-12). The pattern and inspiration are God’s gift; the work is ours.

This work is nothing if not countercultural. In this week’s Second Reading, Paul lays out two modes of human orientation—“flesh” and “spirit.” “To set the mind on the flesh is death” (Romans 8:6a), or what Paul Tillich called “self-sufficient finitude” (Francis Ching-Wah Yip, Capitalism as Religion, Cambridge, MA: Harvard, 2010, p. 85). Arthur McGill describes life centered in “the flesh” this way: “What is the center, the real key, to sinful identity? It is the act of possession, the act of making oneself and the resources needed for oneself one’s own. This act can be described with another term: domination. If I can hold on to myself as my own, as something I really possess and really control, then I am dominating myself.  I am the Lord of myself” (Death and Life: An American Theology, Philadelphia: Fortress, 1987, pp. 54-55)

Since living by the flesh is propelled by fear of losing one’s identity in death, it could not contrast more with “setting the mind on the Spirit which is life and peace” (Romans 8:6b). This is living by the gift of faith, beyond self-concern, trusting that daily bread and all that we need from day to day will be provided. This is no individualistic presentism. As Kasemann suggests, “The Spirit is the power of new creation of the end-time and as such links the present of faith to the future” (Commentary on Romans, Grand Rapids: Eerdmans, 1980, p. 215). We live together from God’s future.

Beyond this time dimension, Paul’s theology drives immediately to praxis: “We are called to be who we are” (Horrel, Hunt, and Southgate, Greening Paul, Waco: Baylor, 2010, p. 191). Because the Spirit “dwells in us,” we are also infused with life (Romans 8:10), life which takes form in “specific service, since the Spirit wants to penetrate every corner of the world in all its breadth and depth” (Kasemann, p. 223).

This is true both in action and understanding.  In one of his early essays wondering why, with all the attention to “Christ and culture,” creation seemed neglected, Joseph Sittler made this vow:

If we are motivated at all by residual Lenten guilt, it could be put to good use by working to include all of creation in preaching, worship, and outreach — service.

As we conclude with John’s “Book of Signs,” the question “can these bones live” takes on a unique form in the Lazarus narrative. We recall that as he welcomed the formerly blind man into a new community, Jesus referred to himself as the “Son of Man” (John 9:35). While that title certainly indicates a rank outclassing all historical rulers, it does not mean that Jesus is a remote figure. Brueggemann comments, “He is not the majestic, unmoved Lord but rather the one who knows and shares in the anguish of brother and sister” (The Prophetic Imagination, Minneapolis: Fortress, 2001, p.92). He is also “the human one.”

Jesus is shown as a figure who weeps openly and expresses anger at the separating power of death—emotional transparency that contrasts sharply with norms for leaders of his time. Jesus is unafraid of expressing grief openly because he is engaged “in dismantling the power of death, and he does so by submitting himself to the very pain and grief society must deny” (Ibid.). This novel action threatens so intensely that the religious elite reacts by concluding “it is better for you to have one man die for the people than to have the whole nation destroyed” (John 11:50). Thankfully, the divine commitment to healing the earth is far stronger than the leadership’s trivial use of utilitarian logic.

The issue is a life far more powerful than biological death. The “abundant life” (John 10:10) Jesus brings forges strong connections of care and service among people and otherkind. This life flows in the expenditure of energy, time, and emotion to build strong membership communities—human and ecological. Beyond the threat of biological death is the much more fearful loveless isolation which prevents us from offering ourselves as caregivers to creation or recipients of that care. (see Norman Wirzba, Food and Faith: A Theology of Eating, Cambridge, 2011, p. 115).

The raising of Lazarus, then, is far more than a simple resuscitation.  It completes the Book of Signs by demonstrating how complete is Jesus’ commitment to healing the cosmos (John 3:16-17). Our narrative fulfills what is promised when Jesus says, “Indeed, just as the Father raises the dead and gives them life, so also the Son gives life to whomever he wishes” (John 5:21). But he takes this even further, saying “Very truly I tell you, anyone who hears my voice and believes him who sent me has eternal life, and does not come under judgment, but has passed from death to life.” (John 5: 24) Not only is this living from God’s future; it is living God’s future.

To say one participates in what we translate as “eternal life,” “denotes entry into life that partakes of God’s purposes, wherein all God’s creation is transformed from sin and death to live according to God’s purposes . . . . John does not use language of a ‘new heaven and new earth’ but the affirmation of somatic (bodily) resurrection (John 20-21) shows concern for the re-creation of the physical world.” (Warren Carter, John and Empire, London: T and T Clark, 2008, p. 213)

This also suggests the kenotic freedom of servanthood freeing the faith community to lay down life in building ecojustice (John 10:17-18). Recently, a group of residents of Winona County in Minnesota worked for nearly two years to achieve the first countywide ordinance banning the mining of sand for hydraulic fracturing (“fracking”) in the U.S. Led by members of the Land Stewardship Project with origins at Faith Lutheran, St. Charles, MN, they expended hours of effort to nourish the land, waters, and people of this Mississippi River county by influencing local policy (Johanna Ruprecht, “Anatomy of a Grassroots Campaign,” The Land Stewardship Newsletter, No. 1, 2017, pp. 12-15.).

“Can these bones live” in a time of discouragement and frustration?  Not one of the texts for this Sunday in Lent was written by those enjoying great ease and comfort. Anyone who thought that transition to a creation-normed economy would ever be easy—especially in the face of global capitalism—is naive. Perhaps Dietrich Bonhoeffer’s analysis from 1943 fits our situation: “We have for once learned to see the great events of world history from below, from the perspective of the outcast, the suspects, the maltreated, the powerless, the oppressed, and the reviled–in short, from the perspective of those who suffer” (“After Ten Years,” in Eberhard Bethge, ed., Letters and Papers from Prison, New York: Macmillan, 1971, p. 17). And “from below,” where creation is fouled and creatures—including people—suffer, there is no shortage of opportunities for ecojustice effort.