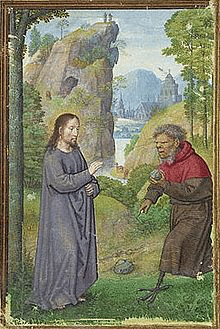 Blessed are those who walk lightly on the Earth.

The most distinctive contribution that Lutherans bring to care for creation is the same distinctive contribution that Lutherans bring to Christian ethics generally, and it is a paradoxical notion: being saved by grace through faith apart from works is a doctrine that, far from discouraging works of justice and mercy in the world, actually FREES Christians for such works.

This was the thesis elaborated by Luther in his celebrated 1520 treatise, “The Freedom of a Christian.” While that treatise’s famous early lines (“A Christian man is the most free lord of all, and subject to none; a Christian man is the most dutiful servant of all, and subject to everyone”) have become famous as a Lutheran slogan, it is worth remembering the logic that stands behind that formulation. According to Luther, when we feel that we must compile a list of praiseworthy works done for God and neighbor – a kind of spiritual CV – in order to merit salvation, then the works that we perform are not REALLY for the sake of God or neighbor; they are for ourselves and our own self-interest. However, when we realize that God does not require such a compendium of works from us, that indeed our salvation is soteriologically prior to our own efforts and thus renders moot any attempt at self-justification, then we are truly free to do works of kindness for the neighbor FOR THE NEIGHBOR’S sake. Freedom from self-justification frees us for service.

The story of Jesus’ temptation in the wilderness is a story of how our Savior eschews finite, unsatisfactory “freedoms” in obedience to higher freedom. Satan offers Jesus a series of highly perishable freedoms, all related to displays of power and ownership. With his refusal to turn bread into stone or to demonstrate his favored status with God by casting himself off of the cliff, Jesus offers a demonstration of the power of humility as favorably compared with “miraculous” displays of magic—a demonstration captured even more poignantly when the one whom the church regards as “Lord” of the very cosmos refuses the ironic offer of a relatively paltry prize (“all the kingdoms of the world”). While the church has often read this story as a paradigmatic instance of spiritual trial and overcoming, the more profound philosophical point is one of freedom—Jesus, by refusing to acquiesce to self-justification, is freed to carry out his ministry of service and mercy.

And we, who are Christ’s body, have a similar chance to participate in this freedom. When Paul in Romans describes the benefits that accrue to those who are justified in their belief in the Lordship of Christ, the undercurrent of freedom is apparent. If Luther is reading Paul correctly (which Lutherans believe he was!), then to believe that justification comes through Christ and not through our works is to unburden ourselves from being self-creators, and to embrace the authentic freedom that comes with being creatures in the graciously humble sense of that term (cf. Douglas John Hall, The Cross in our Context, Minneapolis: Fortress, 2003). Such humility—the humility that frees, the humility that allows for genuine service—is a powerful theme for us to ponder as the church begins its Lenten journey this Sunday.

Joseph Sittler, a Lutheran theologian who was one of the first to turn the attention of Christian ethics to creation care, was fond of recounting a story of his grandmother’s Bible’s translation of Matthew 5:5 (often translated into English as “Blessed are the meek, for they shall inherit the earth”). Sittler was stymied as to how it could be said that the “meek” would possess the Earth in an age when oil companies, multinational corporations, and aggressive governments are busy slicing and dicing the Earth into owned turf. He received insight, though, when he realized that his French-speaking grandmother’s Bible translated the verse as “blessed are the debonair.” It is the debonair that shall inherit the Earth. Further word study on Sittler’s part disclosed that, in its original connotation, to be “debonair” is to walk lightly upon the earth; to grasp things lightly, without too much concern about owning them. For Sittler, the lesson of Matthew 5 became a countercultural lesson about gospel freedom: to walk lightly on the earth, to live on earth in such a way as to receive its gifts without grasping them too tightly, is to be free (cf. Sittler’s video “The Debonair Giant,” available at www.josephsittler.org).

How powerful, then, to read Deuteronomy 26 in that light! As Gentiles grafted onto the tree of Judaism (“for there is neither Jew nor Greek”), graciously received in baptism as God’s children and God’s people, we are inheritors of “the land”—and as followers of the Lord of the cosmos, we are free to understand “the land” as the entire ecological matrix that sustains us; the web of nature that is, as Sittler would have it, the “placenta” in which all humanity finds its life. When we, following Jesus, refuse the temptation to exert lordly power by relating to the land in terms of “ownership” and instead receive it lightly, as God’s gracious gift—it is then that we are free. And Christian freedom is freedom to serve. Freedom to care. Freedom to be on the side of life and all that sustains it.

To receive the land is gift; to receive, in Christ, the freedom to walk lightly as creatures and not gods upon that land is vocation.

For care for creation reflections on the overall themes of the lectionary lessons for the month by Trisha K Tull, Professor Emerita of Old Testament, Louisville Presbyterian Theological Seminary and columnist for The Working Preacher, visit: http://www.workingpreacher.org/columnist_home.aspx?author_id=288