Introduction to the Season of Lent in Year C (Ormseth) 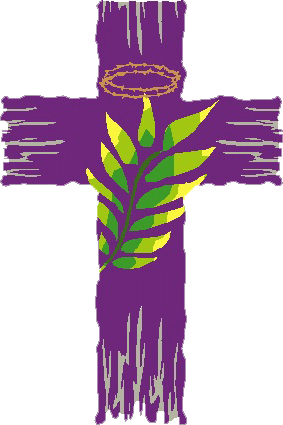 Introduction to the Season

Towards the end of Between the World and Me, Ta-Nehisi Coates’ long letter on racism to his son, the author encourages the young man to continue the struggle of his people. “Struggle for your ancestors . . . for wisdom . . . for the warmth of the Mecca [a reference to Coates’ experience of African American community at Howard University] . . . for your grandmother and grandfather, for your name,” he writes. “But do not struggle for the Dreamers,” meaning the white community with its pervasive assumptions of privilege and domination. “Hope for them. Pray for them, if you are so moved,” he allows his son, having disavowed any religious convictions of his own. “But do not pin your struggle on their conversion. The Dreamers will have to learn to struggle themselves, to understand that the field for their Dream, the stage where they have painted themselves white, is the deathbed of us all” (Ta-Nehisi Coates, Between the World and Me, New York: Spiegel & Grau, 2015, p. 151). In their Dream, he has explained, the white community are “Buck Rogers, Prince Aragorn, an entire race of Skywalkers,” “an empire of humans and, like all empires of humans . . . built on the destruction of the body” (Coates, p.143). And, in a statement of potentially great consequence and interest for this series of ecojustice commentaries, Coates further observes that the Dreamers’ technological progress has freed them “to plunder not just the bodies of humans but the body of the Earth itself.” In Coates’ view, that is, the crisis of American racism and the crisis of the earth are in reality of a piece: The Dream “is the same habit that endangers the planet, the same habit that sees our bodies stowed away in prisons and ghettos” (Coates, p. 151).

Coates’ low expectation that Christian faith might constitute a resource for overcoming racism aside, the texts for the Season of Lent in this year C of the lectionary provide a compelling opportunity to test the validity of this observation. If there is a common root to these crises, as he suggests, it would give the church a common focus to address in its work on creation care and racial justice, concerns that are often in competition with each other for attention and resources. And the texts for the season do speak powerfully to the situation he describes as the white context of his son’s struggle. The mythic narrative of Jesus’ temptation in the wilderness, the Gospel for the First Sunday, constitutes something of a counter-dream, in which Jesus refuses domination over both creation and the nations of the earth. And in the Gospel for the Fifth Sunday of Lent, Jesus’ body is anointed for death at the hands of the Roman Empire. Between these bookends, Jesus encounters the domination of his people by King Herod; he laments the brutality and destruction his people suffer, but he encourages them to hope for new life with the parable of a fig tree rescued by its patient farmer; he teaches them in parables about a shepherd who refuses to accept the loss of a single sheep from his herd, a woman who resists the loss of the smallest coin, a father who welcomes home a lost son and refuses to accept the resentment and alienation of the elder brother. With these images drawn from life on the farm, from the life of the poor in the city, and from life in a troubled family, he resists the view that there is no hope for his way of peace. Applied to our situation, can we believe that a God imaged in this way would accept the loss of whole species from creation, or the waste of wealth meant to sustain in life all a nation’s people? Wouldn’t such a God also act to remove the resentment and violence that plagues all human families, including our own?

The extended narrative of these texts selected by the church for reading on its Lenten journey, this is to suggest, squarely addresses the habit of domination that Coates perceptively identifies as the common cause of the dual crisis we face today, of a world in conflict about racial and religious difference and of a dying habitat that endangers all creation, humankind and otherkind. We will develop this argument in the commentary on the lectionary readings for the six Sundays of Lent and Passion Sunday. As we turn to that task, it is important to note that the lectionary also provides a second narrative track drawn from the Hebrew scriptures, with which we can further develop our proposal and assess the widely shared assumption, expressed by Coates, that the biblical narrative holds little relevance or power for a response to these crises that bridges our cultural divides. We will see Moses giving counsel to the people of Israel on how to live in the land to which he has brought them out of the wilderness; we will revisit the prior promise to Abraham concerning the gift of that land and the deeply conflicted history of its possession; we will hear the prophet Isaiah’s vision of restoration signified by deep, flowing waters in the desert; and we will share in the people’s joy as Joshua celebrates the Passover and, for the first time, eats produce of the land. And finally, as Mary anoints Jesus’ body with precious oils, we will lean in to learn of the “new thing” promised by Isaiah. With the summation of these readings occasioned by the climactic account of Jesus’ passion, we should be able to see whether our thesis “holds water,” so to speak—the water of new life promised along the way in the Psalms appointed for these Sundays. Does the narrative of Jesus’ life and death speak powerfully to the human and environmental crises of our time or not? And if so, what does our observance of this season offer by way of well-grounded hope that the church, as body of Christ, might now be inspired to participate actively in addressing simultaneously both racial injustice and the restoration of God’s creation?