Third Sunday after Epiphany (January 21-27) in Year A (Schade) 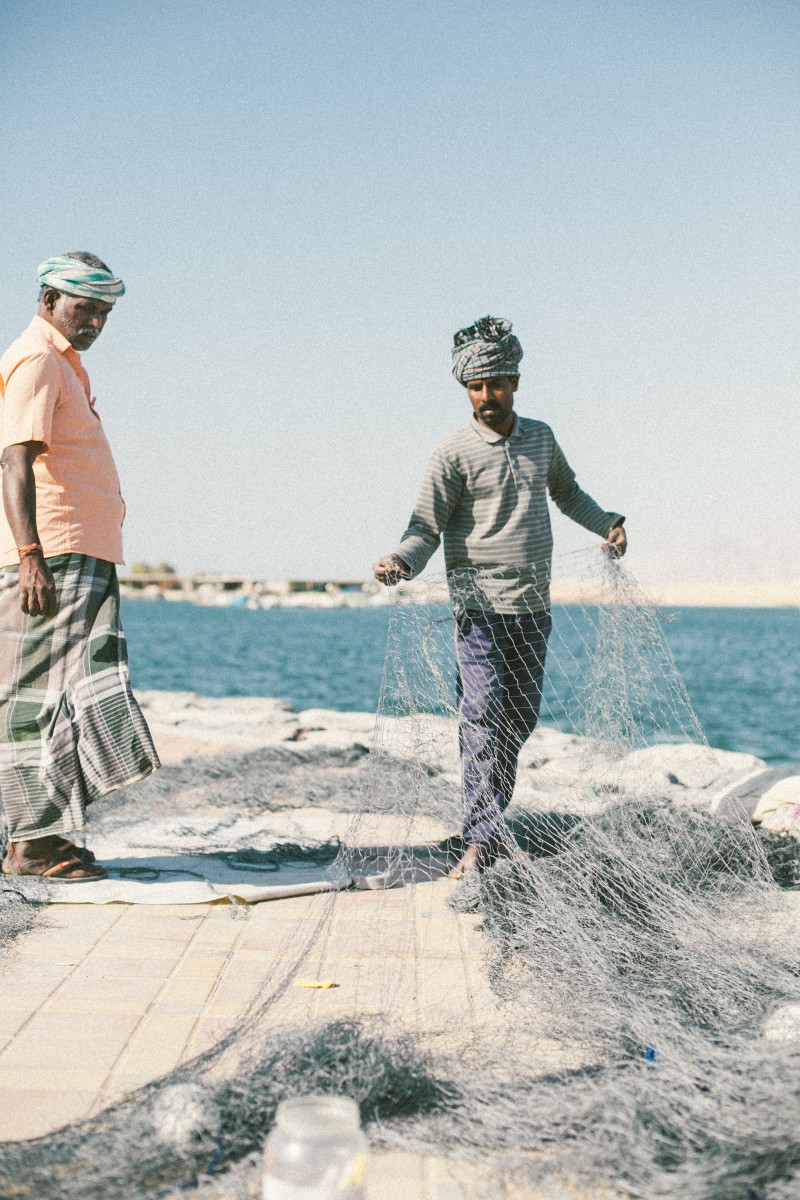 Sardines! Carp!  Comb-fish!  Biny-fish!  Every kind of fish!  This is what James and John should have been hauling in from the Sea of Galilee.  Their boat should have been full of fish, wriggling and slapping their tails, flipping and flopping, a mass of glassy eyes and shiny scales.  But what Jesus found was an empty boat and two men trying to mend their torn nets.

Let me give you a little background on what it was like to fish with these nets.  The fishermen most likely worked at night, which means they used something called a trammel net, which was actually composed of three nets.  A trammel net had two large mesh walls about five feet high with a finer net in between. The boat went out at night into deep waters where there are no rocks so that the nets would not be torn. One end of the net was let down into the sea, then the boat made a circle creating a sort of tub in the water. The net gathered in every kind of fish, as they were unable to escape through the three layers of netting.

Sometimes the boats worked in pairs so that the teams could drag in the net and its contents (hopefully a large number of fish), back to the shore. This would go on several times during the night until exhaustion set in or the sun came up, whichever came first.  But when Jesus came to this spot along the shore on this particular morning, he found James and John not out at sea, but sitting there empty of fish.

Why is the boat grounded on the shore?  Because, the text tells us, the fishermen were mending their nets.  They should have been out hauling in their fifth or sixth catch of fish, or at least settling down to extricate the sale-able fish from the throw-aways.  But no.  The fishermen in this boat obviously have caught nothing but nothing.  They’d given up.  Nothing left to do but wash and repair the nets and let them out to dry in the sun.

The invitation from Jesus appears to come at just the right time for them.  Certainly they puzzled as much as we do at his cryptic words about “fishing for people.” But he obviously got their attention, because they followed him.  And in their ministry with him they came to learn what it means to reach out for people who are hurting, to heal children, women and men who were ill or dying, and to transform entire communities with God’s radical love of reconciliation.

Read in the age of the Anthropocene, this text takes on a different and more ominous tone.  If Jesus were to come upon fishermen with empty nets today, the reasons for their lack of fish would be cause for great alarm.  Overfishing, climate change causing ocean acidification, and pollution are threatening all life in the ocean.  And the kind of “fishing for people” needed today takes on a different kind of urgency.

According to the World Wildlife Federation, “Fishing efforts over the last 50 years as well as unsustainable fishing practices are pushing many fish stocks to the point of collapse.  More than 85 percent of the world’s fisheries have been pushed to or beyond their biological limits and are in need of strict management plans to restore them. Several important commercial fish populations (such as Atlantic bluefin tuna) have declined to the point where their survival as a species is threatened. Target fishing of top predators, such as tuna and groupers, is changing marine communities, which lead to an abundance of smaller marine species, such as sardines and anchovies” (http://www.worldwildlife.org/threats/overfishing).

As for ocean acidification due to climate change, fish populations have suffered as coral reefs are destroyed.  “Bleaching,” coastal over-pollution and development, global warming and ocean acidification as all having detrimental effects on our oceans’ coral reefs.  Seventy-five percent of the world’s reefs are threatened.  In some locations coral cover has dropped from 80% to 13% over the course of the last twenty-five years, (Bryan Walsh, “Ocean View,” Time, April 14, 2014).

Pollution is another strain on fish populations.  Did you know that approximately 1.4 billion pounds of trash per year enters the ocean?  From plastics to oil spills; from leaking pipes to deliberate discharge of industrial waste; from agricultural run-off to fertilizer from our yards – all these and more are causing incredible stress to our oceans and our food supply from these waters.  What they eat – we eat, with the toxins increasing exponentially up the food chain to humans.  (See http://www.noaa.gov/resource-collections/ocean-pollution for more information as well as lesson plans for solutions.)

One layer of our net is service to our communities.  Our churches need to understand what environmental issues are happening in our communities and offer to help.  Perhaps there is a local waterway that needs cleaned of trash.  Perhaps there is an abandoned lot that could be transformed into a community garden.  Maybe a dangerous incinerator is being proposed for your neighborhood and the group fighting against it needs a place to meet.  Whatever the need is, work with the people of your local community.  Listen to them, get to know who they are, invite local environmental groups to talk about their work. Go deep with them so that they will see the church as an ally in their work and a valuable member of the local community.  Any effort we make upstream will have tremendous impact downstream and in our oceans.

Another layer is sound biblical teaching.  This is the fine mesh in between.  Help people learn about the ways in which the Bible speaks about caring for Creation. Donate The Green Bible for the church library.  Offer a Bible study on care-of-Creation issues (see “Adult Forum and Bible Study” under the Education tab at the Lutherans Restoring Creation website for ideas).  If you are a pastor, commit to preaching about care-of-Creation issues (for ideas, visit www.creationcrisispreaching.com), including ecojustice concerns in the churches prayers, and designing worship services that help people make the connection between the sacraments of baptism and communion and the necessity for clean land, air and water.  Consider a book study of Ben Stewart’s A Watered Garden: Christian Worship and Earth’s Ecology for ways to help people connect liturgy, Creation, and the Christian life (https://www.augsburgfortress.org/store/productgroup/674/A-Watered-Garden-Christian-Worship-and-Earth-Ecology).  Or Mark Wallace’s Green Christianity: Five Ways to a Sustainable Future for examples of faith communities that are doing the theological and scriptural work that leads to advocacy and action on behalf of God’s Creation (http://fortresspress.com/product/green-christianity-five-ways-sustainable-future).

The third layer of our trammel net is love – love for God’s Creation.  Help people fall in love with the world God has created.  Take the children outside and help them learn the names of the plants growing on the church grounds.  Lead a field trip to a local nature area guided by a trained naturalist.  Plan a camping retreat for families.  Worship outside, and even on the shore of an ocean if possible, to help this biblical text and others come alive for people.  God’s Creation has incredible power to minister to people and heal them in mind, body and soul.  Give people opportunities to connect with the natural world and let God take it from there.