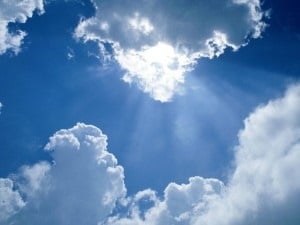 Lutheran Advocacy Ministry in Pennsylvania trained and turned out Lutherans to testify at hearings on the Pennsylvania Clean Power Plan in Fall 2015.
States are required to develop plans to implement the EPA’s Clean Power Plan.  The Pennsylvania Department of Environmental Protection held public hearings to gather input from citizens on how the state should aim to reach the targets set by the EPA for reducing carbon pollution.
Among those testifying was Pastor Paul Metzloff, who said,
“It’s abundantly clear that climate change is not only real and caused by people, but that as it affects the world it also most directly affects the poor and vulnerable – those Jesus tells us to help. In that, then, it impacts such core ministries of the church as working against hunger, disaster relief, and support for refugees. Climate change affects all of those areas, and worsens things for those least able to deal with them. We need to fix this problem, as big, as complex, and as daunting as it may be. It’s a moral obligation.” [Read More]

“I firmly believe that God created the universe in which we live, and we are entrusted to it’s care keeping in balance growth, productivity and prosperity without destroying the natural balance or dishonoring the sacred nature of our planet.” [Read More]

Pennsylvania Lutherans had also turned out to testify when the EPA draft rule was released in Spring 2014.  Read the testimony from Lutherans at the EPA hearings in Pittsburgh.