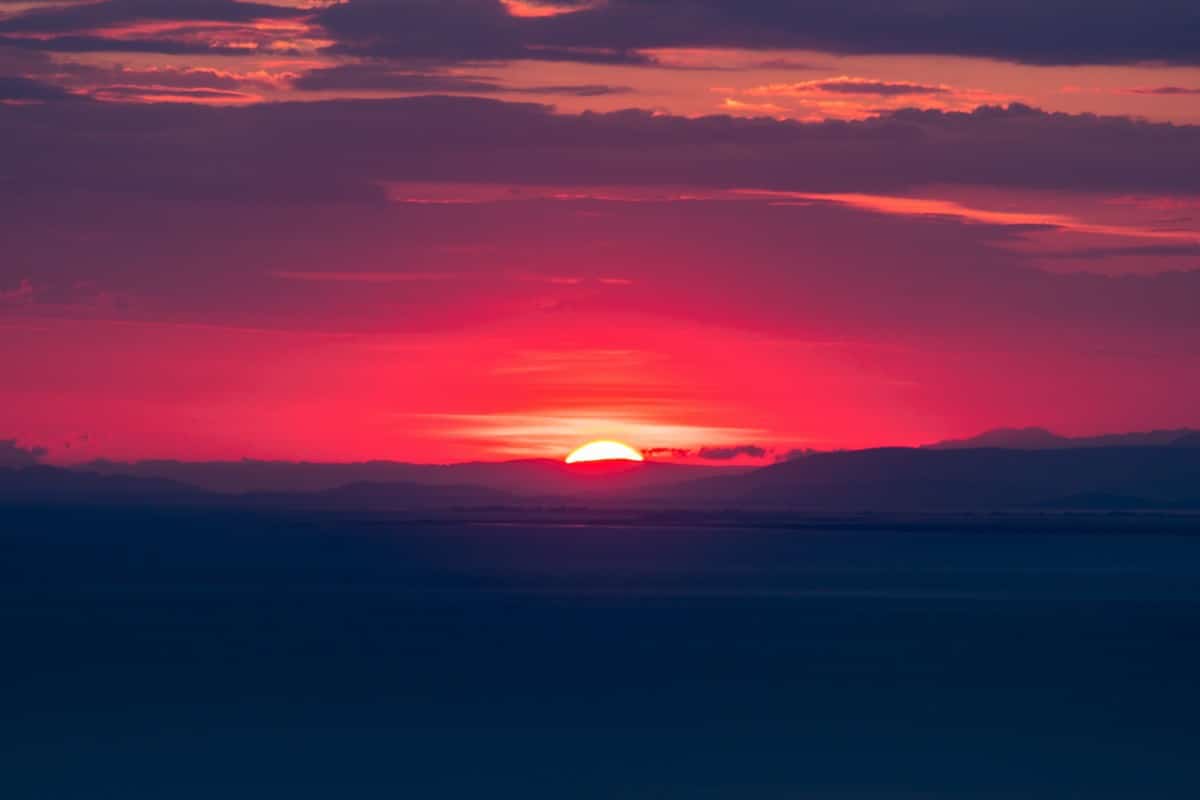 Looking Around for God – Tom Mundahl reflects on a reformation that recognizes God’s presence in all creation.

What can we preach faithfully on Reformation Sunday? Should we attempt to recapture the theologically correct “side” from old arguments in a post-denominational age? Ecumenical agreements, especially those on justification with the Roman Catholic communion (1999), must mean something! Or, might there be a way of learning from an ever-fresh Word what might be the meaning today of Paul’s cry, “for all have sinned and fallen short of the glory of God” (Romans 3:23)?

This reality is echoed just as dramatically by Luther’s characterization of sin as cor curvatum in sei—”the heart turned in upon itself.” The results are not pretty. By elevating ourselves, we project fear and anxiety upon “the other.” Whether this “other” is the competing village, nation, racial group, gender, sexual preference, class, the results have been violent and destructive.  People of faith have been called to “sniff out ”the underlying pride and arrogance both in ourselves and in our groups.

But we have failed miserably at seeing the contempt we humans have shown for the vast chorus of non-human creation! Dealing with the results of this contempt will constitute our calling for the remainder of our lives. By adding “human species arrogance” to our definition of sin, we take a step toward refreshing the meaning of Reformation. We may even discover elements of this perspective “already there” in our texts.

The results of this arrogance were clearly visible to Jeremiah. As a prophet, called ‘kicking and screaming’ to deliver God’s ‘word’ to the people, he not only exposed this contempt; he experienced it. Yet, in the chronicle of his work, we suddenly come to a “Book of Consolation,” a statement of hope and reassurance even for those who live as refugees in Babylon. That word promises that the LORD will even bring the people back to the land of promise (Jeremiah 30:3).

As this second Exodus begins, Jeremiah describes a celebration of the richness of the land and its bounty:

They shall come and sing aloud on the height of Zion, and they shall be radiant over the goodness of the LORD, over the grain, the wine, and the oil, and over the young of the flock and the herd; their life shall become like a watered garden, and they shall never languish again (Jeremiah 31:12-14).

Perhaps the image of “a watered garden” is important for understanding the well-known text we consider this week. Jeremiah’s call, after all, was not only “to pluck up and pull down,” but “to build and to plant” (Jeremiah 1:10). But, in order to begin this ‘building’ process, apparently it is necessary for the people to have returned once more to the wilderness, this time the ‘wilderness’ of Babylon. As Jeremiah conveys, “Thus says the LORD: The people who survived the sword found grace in the wilderness” (Jeremiah 31:2). Only in this “wilderness experience,” where dependency is total, can the “planting of vineyards on the mountains of Samaria” (Jeremiah 31:5) become a gift of God and not simply the results of human effort.

Just as the return to the land and its fertility is seen as something granted, so also the congruence between God and people now can be experienced as gift. As Clements suggests, “The old covenant of the law is dead; instead there will be an inner power of motivation towards obedience on the part of Israel written on the very hearts of the people of God, not on tablets of stone. Although the word “spirit” is not used, the implication is certainly that God’s spirit will move the hearts of Israel to be obedient to the divine law” (R. E. Clements, Jeremiah. Atlanta: John Knox, 1988, p. 190).

Not only does this provide a new basis for forgiveness, it seems to portend a new harmony with the land, where not only will the city of Jerusalem be rebuilt and renewed, but even the fields that have served only as burial places for the dead will become fertile sources of food, “sacred to the LORD” (Jeremiah 31:40, see John Bright, Jeremiah. New York: Doubleday Anchor, 1965, p. 283). Clearly, when there is “new covenant” restoration, it includes not only humankind, but the whole of creation.

This broad perspective is also there in the reading from Romans, a reading which has become a kind of “Lutheran mantra” for Reformation Sunday. Paul restates his theme (Romans 1:17-18) with the dramatic “But now, apart from the law, the justice (righteousness) of God has been disclosed, and is attested to by the law and prophets, the justice (righteousness) of God through faith in Jesus Christ for all who believe” (Romans 3:21-22). The very forcefulness of this verse should convince us, as Kasemann argues, “As surely as justification loses its reality unless it happens to the individual, just so surely it cannot remain an eschatological event unless it is the Creator’s grasping of his (sic) world and not of the individual alone” (Ernst Kasemann, Romans. Grand Rapids: Eerdmans, 1980, p. 93).

That this “grasping of the world” as a gift of God to be cared for and shared is necessary is made clear by the powerful description of human brokenness that follows: “For there is no distinction, since all have sinned and fall short of the glory of God; they are now justified by his grace as a gift . . . .” (Romans 3:22b-24a).  Therefore, there is no room for claiming ‘special privileges,’ or, in Paul’s language, “boasting.” This is not only true of claims of religious groups—Jews and Gentiles, Catholics and Protestants—it is also the case when considering the relationship between humankind and ‘otherkind.’ No, it is not that ‘otherkind’ has sinned, but surely non-human creation suffers from the results of human arrogance, especially through climate change. The ‘Christ event’ and its continuation through new creation ‘grasps’ all together.

Anthropologist Gregory Bateson has described the results of contemporary “boasting” spot on.

If you put God outside and set him vis-a-vis his creation and if you have the idea that you are created in his image, you will logically and naturally see yourself as outside and against the things around you. And as you arrogate all mind to yourself, you will see the world around you as mindless and therefore not entitled to moral or ethical consideration. The environment will be yours to exploit (Gregory Bateson, Steps to an Ecology of Mind, New York: Random House, 1972, p. 472),

“But now” (Romans 3:21) the new “justice–justification” brought in the Christ event frees us to see us ourselves as a partner species with all that is created with a special calling to comprehend and care (with great humility).

This Reformation “freedom” is at the core of our familiar Gospel reading. However, John only reveals this freedom by contrast. In this case, contrast is provided by “the Jews.” While there is extensive scholarly debate about who “the Jews” might be, it is clear that it does not mean all Jewish people of the time. That would have included Jesus and the disciples! It seems this incendiary term, “the Jews,” refers to hereditary Temple authorities. Their rejection and persecution of Jesus and his followers can be understood, then, as stemming from the fact that his teaching and healing lacks the pedigree and approval of the Temple elite (New Oxford Annotated Bible, NRSV, Third Edition, 2001, NT p. 147).

Because “the Jews” see their ‘place at the table’ ascribed by heredity and its perquisites, they do not “continue in my (Jesus’) word.” This denies them the gift of freedom, “freedom of the household.” The sheer exasperation of this new kind of affiliation based on “continuing in the word,” leads this group to the conclusion that Jesus must be “possessed” (John 8:52), and to launch an attempt to stone him summarily (John 8:59). Perhaps, as has been suggested, this conflict refers historically to the expulsion of “Jesus’-believing-Jews” from the synagogue.

Real freedom comes from “remaining in Jesus’ word” and opens the “freedom of the household” to all who believe, regardless of pedigree. While the contribution of Luther’s Reformation to the history of the new community is crucial and should never be forgotten, this “relational freedom” today needs to be re-imagined.

First, this sense of “boasting,” or claiming “special privileges” because of religious heredity—even Lutheran—must be seen for what it is, and what Jesus calls it: evil (John  8:44). It is time to remember that homo sapiens is but one created species in the earth-household. Our uniqueness lies, as suggested earlier, only in a specific calling to love and care for each other—including the whole creation. As Dostoevsky in his last and greatest novel, The Brothers Karamazov, suggested “each is responsible to all for all” (New York: Modern Library, 1964, p. 317). It is both the “gift” and the “task” of being a daughter or son in the “household off faith” and “household earth.” It is what the Reformation tradition calls “the priesthood of all believers.”

This is freedom, even if it sounds like endless labor. It is a vocation that recognizes with Luther that God is present in all of creation, finitum capax infiniti, the finite bears the infinite. Not only does this stance move beyond “species arrogance,” it leads to reverence for all that is. As Larry Rasmussen has it:

“The meaning of finitum capax infiniti is simple enough: God is pegged to earth. So if you would experience God, you must fall in love with earth. The infinite and transcendent are dimensions of what is intensely at hand. Don’t look “up” for God, look around. The finite is all there is, because all that is, is there. This is earthbound theology” (Larry Rasmussen, Earth Community Earth Ethics. Maryknoll, NY: Orbis, 1996, p. 273).