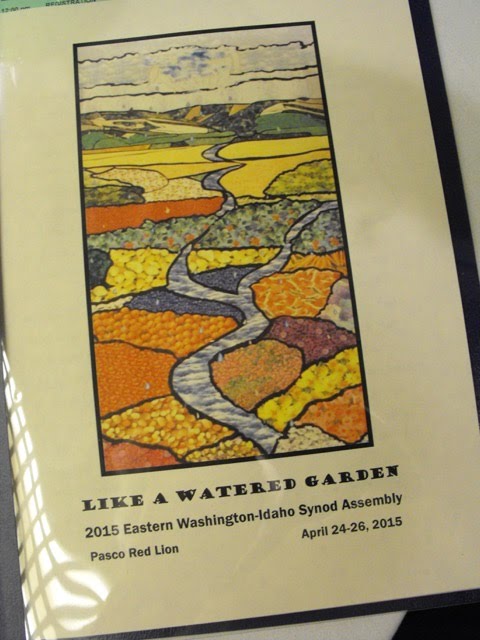 Congratulations to the assembly and team which brought forth a Memorial and Resolution to support the focus on ecological integrity throughout the ELCA’s 500th Observance of the Reformation!

The good news as detailed by proud Pastor Alex Schmidt:

Greetings, this evening, Folks of Faith Lutheran [Leavenworth, WA]!
You can be proud of our Synod delegates, John Butruille and Lisa Therrell who have done a splendid job in hanging in there on some long days beginning Friday! Ninety-two churches with over 200 delegates are present here in Pasco. It is now Sat. night and we’ve just finished our 12 hour day. 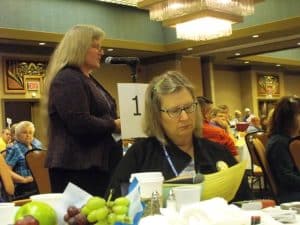 Lisa, on behalf of the Faith Lutheran Earth Stewardship Group of which she is a part, did a most excellent job in her assembly workshop (which she’ll present as an adult forum on May 24th, along with John’s assembly reflections). Lisa also in gave two very articulate 3 minute speeches presenting the Memorial (directed to the National Church) and Resolution 1 (directed to our Synod) for the Assembly’s consideration and vote. Both documents were prepared by the Earth Stewardship Group and both passed nearly unanimously!

The testimonies that set the stage:

Reverend Barbara Rossing’s video address on why this is a critical ministry for the ELCA to wrap their arms around.
>>>>>>>

· countries and corporations are counting all of that carbon as wealth, but they can only cash it in if they burn it.

· thus, we are charged with convincing or compelling these countries and corporations to count those “assets” as being worth zero, nothing.

· (there’s one clear historical precedent for such a huge amount of “assets” suddenly being ruled no longer “property” — the abolition of slavery in the United States.)

Short address to the assembly:

My name is Lisa Therrell. I am from Faith Lutheran Church in Leavenworth, Washington. I am retired from a 34 year career with the United State Forest Service, where discussions on climate change science became commonplace towards the end of my career. Our family also has a farm in Asotin County that has been in our family prior to Statehood, where we witness changes to the landscape.

In the Genesis story we read, “And God saw everything that he had made, and indeed, it was very good.”

I am here to remind you the Earth is God’s Good Creation worthy of our care. Before you are two companion resolutions. Memorial 1 is directed to the 2016 Churchwide Assembly to make addressing climate change and ecological justice major themes of the 500th Anniversary of the Reformation. Resolution 1 is to this Synod, to advocate for reduced dependence on fossil fuels and to step up our care for creation.

God appointed us to tend the garden. Our failure to care for the garden is a sin against God, a failure to love the Creator with our whole heart. The challenge is clear. We must steadily reduce our reliance on fossil fuels. And we can do it. Our congregation put 96 solar panels on our local Middle School, a sign of the transition we can make to renewable energy.

But what does this have to do with the Reformation? The Reformation was a return to our biblical roots and a call for the renewal of the church and its mission. Theologians have coined the term “Ecclesia semper reformanda” meaning “the church is always to be reformed”. So we can observe the 500th anniversary of the Reformation as a “looking back”, but also a “looking ahead” for where the active presence of God’s people is needed in an ailing world.

There are many ways churches can work on ways to reduce their own carbon footprint and to inspire members to do the same. We can be a faith voice in our communities, region, and nation for care of creation. We can lead the way globally as peacemakers and healers of the land, standing in solidarity with those in peril and leaving a positive legacy for unborn future generations.

We are a church of reformers. I ask for your vote in favor of leading an Ecoreformation to save the atmosphere that surrounds our fragile planet while there is still time.

Thank you very much.