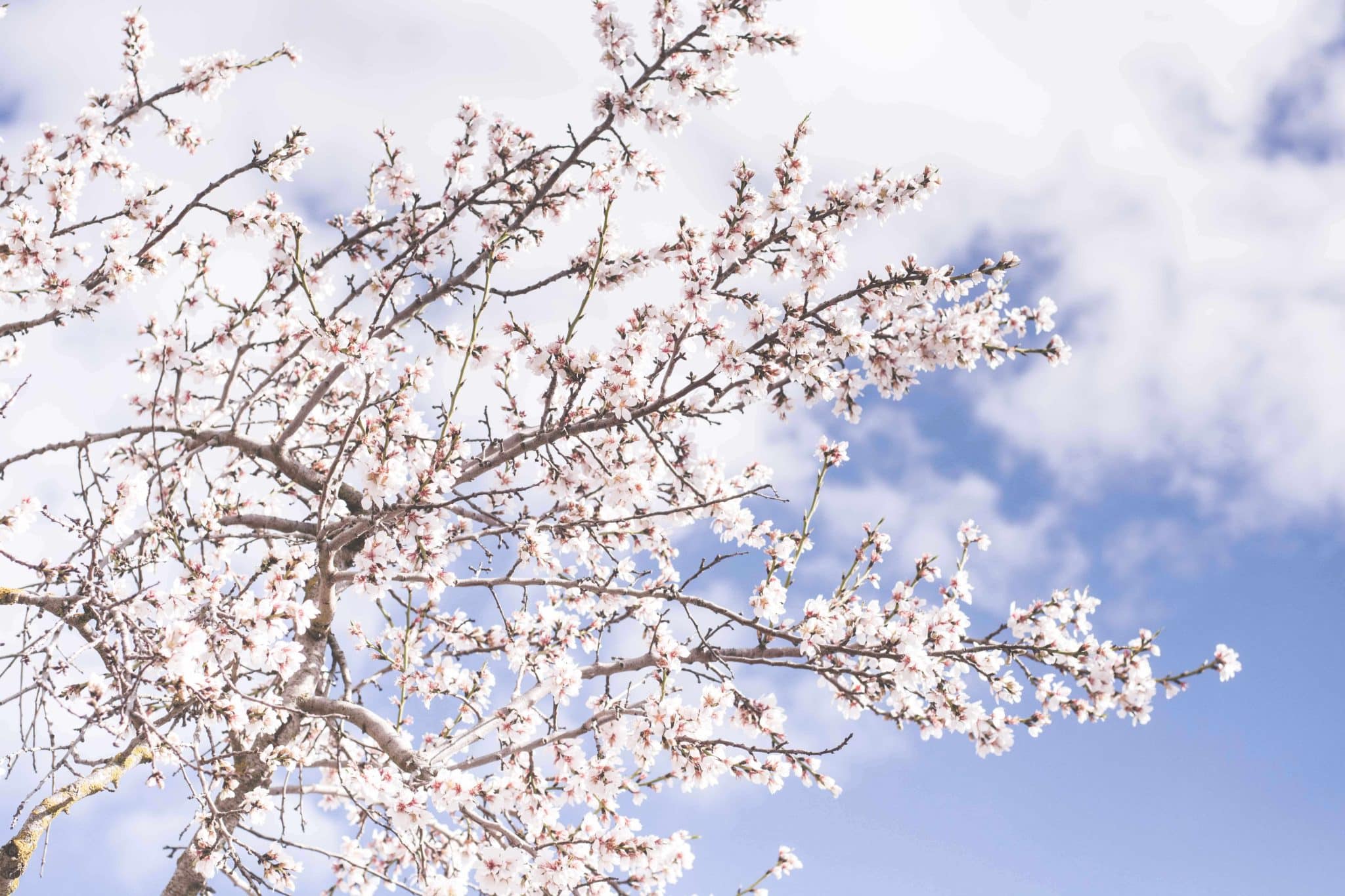 Let Us Rejoice and Be Glad in It – Tom Mundahl reflects on celebrating the New World Order brought about by the resurrection of Jesus.

Neither a single day nor even a week is sufficient to contain the good news of resurrection that spills over into the renewal of creation and sparks new energy for creation care.  As we continue our encounter with Easter season texts, the themes of “new Exodus” and “new creation” will resonate and find surprising echoes.

Today’s reading from the Acts of the Apostles shows continued tension between the messianic community and the religious establishment.  No sooner are the apostles arrested and jailed than they are delivered when “an angel of the Lord opened prison doors and brought them out” so that they could continue their “subversive teaching” (Acts 5:19-21).

This smaller ‘Exodus’ from prison only leads to community leaders being dragged before the Sanhedrin where they are explicitly charged with violating the officials’ injunction not to teach in the name of the Risen One. “Yet here you have filled Jerusalem with your teaching and you are determined to bring this man’s blood on us” (Acts 5:28). Peter and the apostles reply in a manner as bold as Moses and Aaron before Pharaoh, “We must obey God rather than any human authority” (Acts 5:29 – this echoes Socrates’ response to the leaders of Athens in The Apology).

Peter follows this bold assertion with a homily that accomplishes just what the religious leaders accuse him of. “The God of our ancestors raised up Jesus, whom you had killed by hanging him on a tree” (Acts 5:30). Not only does Peter refer here to Deuteronomy 21:22-23, “Cursed is anyone who hangs on a tree,” but he provides an opening for us to see the “tree” as far more than an instrument of curse, but as a renewed tree of life.

This theme is found on the Exodus journey where looking at the tree-pole adorned with serpents becomes a homeopathic ‘cure’ for punishment occasioned by grumbling (Numbers 21:8-9). This transformation continues in the Apocalypse, our second reading throughout this season. As we will see in greater detail, John of Patmos envisions the “tree of life” (Revelation 2:7, 22: 2, 14, 19) as central to the hope of his audience who, living under pressure, are enjoined to see the resurrection so broadly it leads to a new city built around a “tree of life.”

Not only is this true of the scriptures, but early Christian art found in churches from San Clemente in Rome (Barbara Rossing, New Proclamation, Year C, 2001. Minneapolis: Fortress Press, 2000. p. 16) to San Vitale in Ravenna feature the “tree of life” as a sign of resurrection life becoming “new creation.” Finally, Larry Rasmussen reminds us that “the tree of life” provides important meaning in a variety of traditions beyond the boundaries of Christianity, from the Buddhist and Jewish streams of faith to that of the Ogallala Sioux.  (Larry L. Rasmussen, Earth Community, Earth Ethics. Maryknoll, NY: Orbis Books, 1996. pp. 195-207)

While our second reading from Revelation formally might be considered a ‘circular apocalyptic narrative of hope’ intended only for the seven major churches of Asia Minor, the intent of its ‘author’ seems to be broader. Like most important Christian writings, the transmission did not stop within major churches; they provided a “distribution point” for passing writings on to the smaller worship communities in their regions. Not only does this dramatic narrative begin performatively by providing “grace” and “peace” to all of its hearers, but it goes on to place their life circumstances and struggles within the wide scope of “him who is and who was and who is to come” (Revelation 1:4). The reading ends just as definitively, reminding the hearer that, despite current resistance from the Roman Empire to this new culture of hope, God continues to be “the Alpha and the Omega….who is, who was, and who is to come” (Revelation 1:8).

John writes to celebrate the ‘new world order’ brought in by the resurrection of Jesus Christ, who is, ultimately, “the ruler of the kings of the earth” (Revelation 1:5). Clearly, the legitimacy of Roman rule is at an end. Resurrection has resulted in the elevation of the audience to kingdom status, but with the calling to be “priests serving his (the Risen One’s) God and Father.”

While the content of this priestly task is not specified, we cannot help but appreciate the Orthodox perspective which connects the “priesthood” of all the faithful and care of God’s creation. As Norman Wirzba suggests: “According to the Orthodox view, what a priestly rule does today is to “lift our hearts” to the place of heaven so that heavenly life can transform life on earth here and now. Heaven is not a far-away place but rather the transformation of every place so that the glory and grace of God are fully evident” (Norman Wirzba, Food and Faith: A Theology of Eating. Cambridge: Cambridge University Press, 2011. pp. 206-207).

This is absolutely contrary to what happens in our consumer culture where creation becomes commodity—a never-ending stream of products that are always being ‘grabbed’ rather than offered to God in thanks. Priestly “lifting up” and “offering” insists that we learn the art of the ascetic life, cultivating an inner detachment that uses and enjoys creation’s gifts without needing to “possess” them. They are, after all, gifts of God.

Being the “priesthood of believers,” then, entails a relationship with creation and one another based on intrinsic valuation, not the simple “bean-counting” of Gross Domestic Product. Just as the Apocalypse was likely read (serially?) in the assembly, so those gathered were and still are called to live eucharistically in all arenas of life, a life where the value of child care and shoe repair become an extension of worship, living in peace and serving the Lord.

Our Gospel reading portrays a post-resurrection gathering where the explosive arrival of the Risen Jesus simultaneously affirms the materiality of the resurrection body while describing its incomprehensible capacity to penetrate locked doors. Yet, the concern here seems to be not the nature of “the resurrection body,” but keeping intact the membership of the discipleship community, especially not losing Thomas, “the Twin,” a follower who seems to be “of two minds.” Although the Risen Christ offers empirical examination of “the forensic evidence,” that very offer quells any doubts and preserves the wholeness of the community. (John 20:27-28)

More significant for those concerned with God’s creation may be the profound act of Jesus’ breathing on the fearful disciples. Not only does this amount to a Johannine Pentecost, but it brings to mind the second creation account in Genesis (Genesis 2:7). That is, we can hardly miss Jesus’ action as extending God’s own breathing into the soil (adamah) creating the first human being (adam). While in John’s Gospel, God speaks the world into existence (John 1:1), the one who is “Word made flesh” (John 1:14) works community-making and “new creation” in a more incarnate-fleshly way—by breathing (Wirzba, p. 146).

This breathy inspiriting also recalls Psalm 104:29-30: “when you send forth your breath they are created; and you renew the face of the ground.” As New Testament scholar Ernst Kasemann has suggested, the new community portrayed by John is enlivened by the “ever-new experience of the first day of creation” (quoted in Rossing, p. 21). And, it is no surprise that this happens on “the first day of the week” (John 20:19), the Eighth Day, the day of new creation. Perhaps this is what the Psalmist has in mind when he/she writes: “This is the day that the LORD has made; let us rejoice and be glad in it.”  (Psalm 118:24)