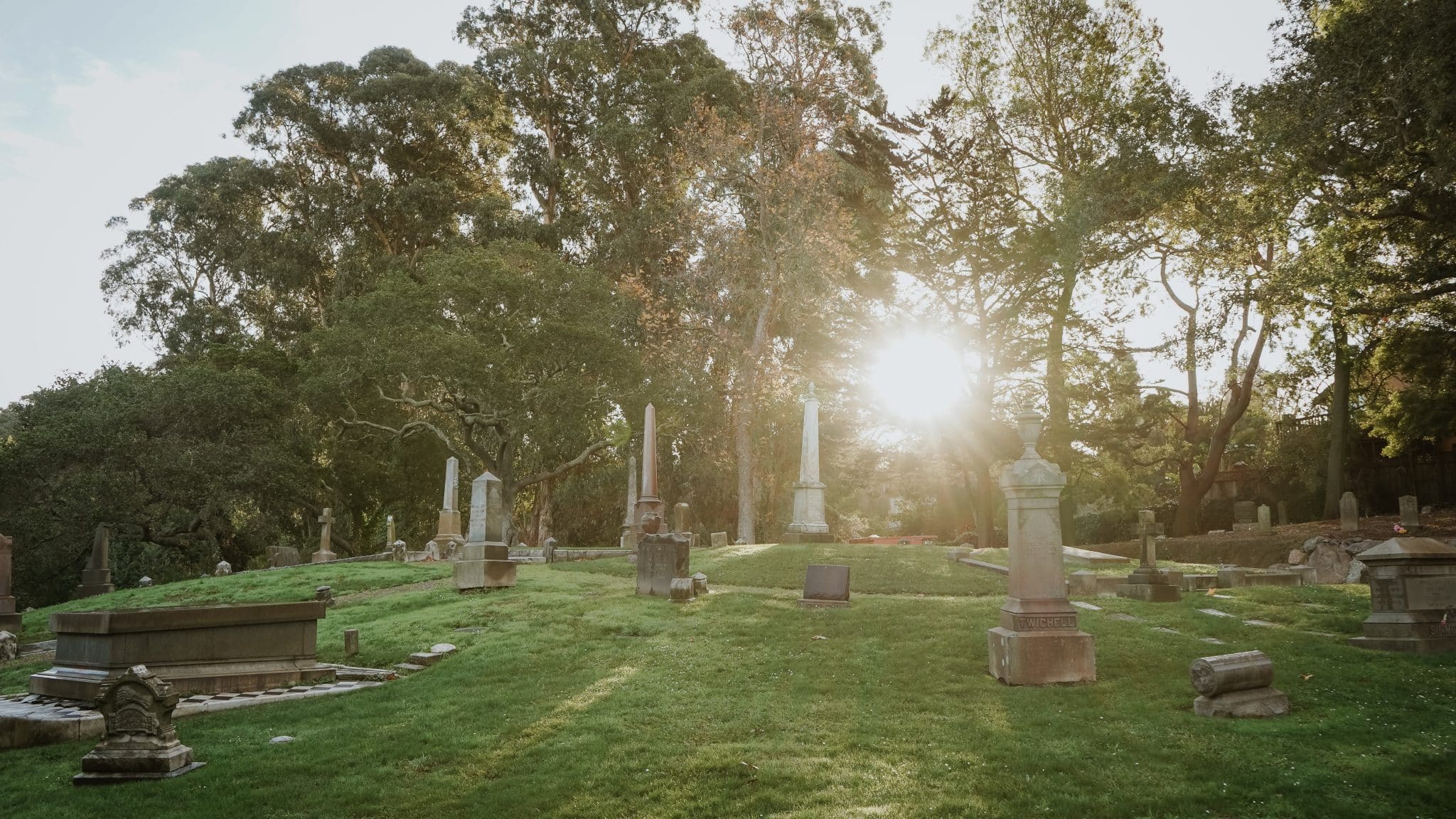 Living in Promises and Hope – Tom Mundahl reflects on land and the struggle to “till (serve) and keep” it to this day.

As we move from the Genesis pre-history (ch. 1-11) to God’s calling into being a new community, the centrality of creation and the vocation to “till (serve) and keep” (Genesis 2:15) remains.  The “events” of the proto-history — expulsion from the garden, the first murder, the flood, and the human effort to “make a name” at Babel–all lead to the situation of Abraham and Sarah—landless and without progeny.

Even though it is tempting to move away from creation issues into history, Brueggemann makes it very clear: “In its present form, the governing promise concerns the land.” (Genesis, Louisville: John Knox, p, 109) This is confirmed by the final promise in Genesis 12:3, “and in you shall all the families of the earth (adamah) be blessed.” We might translate this: “all the families belonging to the earth,” to remind ourselves that the Yahwist begins with the land as the key partner in creation’s dance. (Ellen Davis, Scripture, Culture, and Agriculture: an Agrarian Reading of the Bible, Cambridge: 2009, p. 127)

But it is the promise of the land which makes the lack of an heir even more poignant. Without a next generation the vocation to “till (serve) and keep” becomes meaningless.  Agriculture is a multi-generational commitment; without children “there can be no fulfillment in the land of promise.” (Brueggemann, ibid.)

God’s promises are both generous and outrageous.  Not only does their weight rest on Abraham and Sarah, but it requires that they uproot themselves from the security of a settled way of life– landless and childless as it may be– to travel on the basis of nothing more than this promise into an uncertain future. Perhaps it is like the choice between embracing a new economy based on clean and sustainable energy sources or looking backward to repristinate the past by “making America great again.”  Why give up the safe illusion of comfort in favor of an unknown future in a so-called “promised land”?

Perhaps the key to understanding Abraham and Sarah’s response is as simple as the identity of the One who promises, whose words fuel the Priestly creation account (Genesis 1:1 – 2:4a): “Now the LORD said to Abram.” (Genesis 12:1) That speech creates the faithful response that follows.  Many have heard it as an echo of baptismal calling. And the LORD said, “Go and support water protectors protesting the Dakota Access Pipeline.” Or, others have heard a call to teach or be part of an adult class struggling with ecojustice. Others have been lured to serve as counselors at church camps, our precious creation care workshops, where for nearly a week they live mostly disconnected from communications technology in order to help participants reconnect with creation.  The effectiveness of this calling is affirmed by Isaiah in vivid natural terms, “For as the rain and snow come down from heaven, and do not return  there until they have watered the earth…, so shall my word be that goes forth from my mouth; it shall not return to me empty.” (Isaiah 55:10-11)

The lively speech of God is the source of hope for Abraham and Sarah. “To stay in safety is to remain barren; to leave in risk is to have hope.” (Brueggemann, p. 117)  As so many million refugees in the world today know, a word of hope propels and encourages. To refuse to listen to this calling is often to acquiesce in seeing the “Genesis story run backwards.” (Bill McKibben, Oil and Honey: the Education of an Unlikely Activist, New York: Times Books, 2013, p. 156)

And, to move forward in response to this hopeful word is to experience blessing. As the generous currency that drives us forward with its vitality, blessing consists of the “ordinary” processes of life which come to be seen as indispensable gifts.  Far from being “mighty acts of God,” blessings are what sustain us on the way– good bread and soup, a warm sweater, a loving hug, a good friend.  And blessing is enough. (Claus Westermann, Blessing in the Bible and the Life if the Church, Philadelphia: Fortress, pp. 18, 41, 85)

Yet, blessing is framed by unexpected eruptions within the “ordinary” which cannot be predicted.  Brueggemann suggests that scriptures provide three primary ways of speaking such radical newness: creation, resurrection, and justification by grace through faith. (Brueggemann, p. 111)  And it is the latter which land Abraham and Sarah squarely in the middle of Paul’s argument in Romans.

In his effort to reconcile exiled Romans of Jewish background who affirm the Christ with Gentile believers, Paul can find no better model than Abraham.  Abraham certainly had no religious resume to boast about; he and Sarah only trusted promises of land and heirs. Because of this trust, not only was it “reckoned to him (Abraham) as righteousness” (Romans 4:3), but when the content of the blessings  (Genesis 12:1-3) is taken into account, Paul extravagantly suggests Abraham and Sarah were “to inherit the world….” (Romans 4:13)

Living by the gift of promise  means embodying the purpose for creation –care and blessing.  And, Paul argues, how much more so in light of the Christ event.  As Kasemann suggests in summarizing Paul’s thinking: “This means that justification, as the restitution of creation and as resurrection anticipated in the stage of trial (anfechtung), is the decisive motif of Paul’s soteriology and theology and these have always to be interpreted in terms of it.  That is, the world and history are always involved in God’s renewing activity.” (Ernst Kasemann, Romans, Grand Rapids: Eerdman’s, 1980, p. 123.

Perhaps the struggle of this “renewing activity” is what Gerard Manley Hopkins had in mind with his poem, “God’s Grandeur:”

And all is seared with trade; bleared, smeared with toil;
And wears man’s smudge and shares man’s smell….
And for all this, nature is never spent;
There lies the dearest freshness, deep down things….
(Poems and Prose, New York: Everyman’s, 1995, p. 14)

Our gospel reading shows Nicodemus embarking on a “faith journey” of his own. As one of those who “saw the signs that he (Jesus) was doing,” John 2:23), Nicodemus was both intrigued and disturbed. As a member of the Sanhedrin, the Jewish ruling council, what was he to think of Jesus’ statement, “Destroy this temple and I will raise it up in three days?” (John 2: 20)  These threatening words and Jesus’ Passover cleansing of the temple (John 2:13-17) may have led Nicodemus to wonder about the meaning of his faith. Perhaps, like Sarah and Abraham, he was beginning to reach a “dead end” where new measures were necessary.

Nicodemus decides to interview Jesus, and, in the interests of protecting his reputation, he comes by night. Whenever I think of this late night meeting I am reminded of Edward Hopper’s arresting painting, “Nighthawks” (1942).  Inside a bright diner surrounded by the dark of night we see four figures, a couple in conversation, the server, and a man sitting with his back to the window. Eerie green shadows convey a sense of loneliness and desperation.  But the most alarming feature of this nighttime refuge is the lack of a door. (Olivia Laing, The Lonely City, New York: Picador, 2016, p. 21)  Perhaps Nicodemus seeks from Jesus a new “door” to his future.

At first, it seems that their conversation is going nowhere.  Even though Nicodemus must be conversant with scripture and tradition, Jesus’ mysterious double entendres referring to being born anothen — “again” and “from above,” and his playing with pneuma as both “wind” and “spirit” confuse him. The fact that this Rabbi prefaces his mysterious speech with “Very truly I say to you,” the “sentence of holy law formula,” only makes matters worse.

No wonder Nicodemus exclaims, “How can these things be?” (John 3:9) His quest to find a new path seems to have failed.  Yet this nocturnal meeting continues with Jesus reminding Nicodemus that here, too, is a kind of “exodus” where, instead of a serpent being lifted up to provide healing, here “ the Son of Man must be lifted up, that whoever believes in him may have eternal life.” (John 3:14-15)

That this will be a healing act of love is made clear by the familiar John 3:16 – 17, where the motive for this is is revealed — the Creator’s love for the creation and all its creatures, including Nicodemus.  Somehow, this mysterious meeting more than satisfies Nicodemus and sends him into the future embracing “the healing of the world.” (John 3:17)

When Jesus is threatened with death by the Sanhedrin, it is Nicodemus who reminds them of protections built into their procedure: “Our law does not judge people without first giving them a hearing, to find out what they were doing, does it?” (John 7:51) And, following Jesus being “lifted up,” Nicodemus is there, too.  John writes, “Nicodemus, who had first come to Jesus by night, also came bringing a mixture of myrrh and aloes weighing about a hundred pounds.” (John 19:39)  With Joseph of Arimethea, Nicodemus wrapped Jesus’ body with spices in linen.

Adjoining this tomb there was a garden. (John 19:20) May it not be that Nicodemus, this well-connected and transformed teacher, remembering words about love for the world (John 3:16) now saw the garden of creation from Genesis 2-3. (Raymond Brown, The Gospel According to John (xiii- xxi), New York: Doubleday, 1966, p. 945–one of the possible interpretations mentioned by Brown)  This certainly gives deeper meaning to Mary Magdalene’s “supposing” Jesus to be the “gardener” in John 20:15.  With John’s love of the suggestive richness of language, that may be even a richer messianic title than “my rabbi.” (John 20:16) As Nicodemus found, he is the one who gives growth and nurture to all who, like Abraham and Sarah, experience being “stuck” with no “doors” in sight.

Perhaps many ecojustice advocates feel much like Nicodemus today.  Certainly, mutual support is crucial. Reading writings from difficult times can provide sustenance–e.g. Bonhoeffer’s Letters and Papers from Prison.  While re-reading Orwell’s 1984 and other dystopian novels may also be helpful, there still is nothing like the psalter.  In this week’s appointed Psalm 121, a Song of Ascents written for pilgrimage to the Jerusalem Temple, the psalmist affirms that “our help comes from the one who made heaven and earth.” (Psalm 121: 2) This One will “keep” us as we struggle to “till and keep” creation and build ecojustice.