The Seventh Sunday of Easter in Year C (Saler) 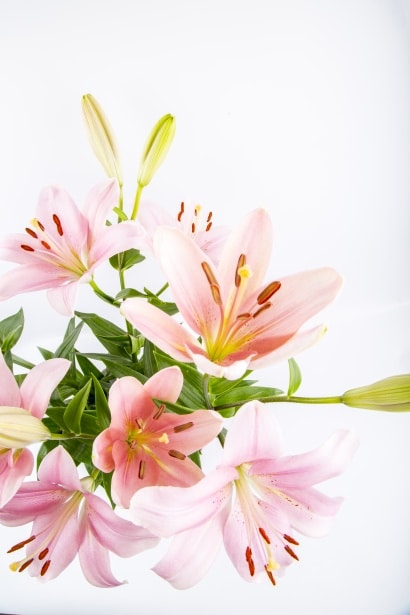 There is a common saying in ecumenical circles known as “ecumenism of the trenches.” As many preachers this week turn to Jesus’ so-called “High Priestly Prayer” and its specific call that Christ’s followers “be one,” ecumenism in general may well be on the minds of both preacher and congregation.

The notion of “ecumenism of the trenches” suggests that, to a certain degree, both Christian division and formalized ecumenical discussions (such as the good work done by the World Council of Churches) are reflective of a certain kind of stability. When Christianity is in a stable place, then Christians have the luxury of fighting over doctrines; meanwhile, involvement in formal ecumenism, while good, is reflective of substantial resources commanded by the various dialogue partners.

But for creation care preachers, can the threat of ecological catastrophe AND the gospel promise be a way to move the conversation forward?

Perhaps we can again consult Joseph Sittler’s work for inspiration, particularly his most famous—and directly ecumenical—speech, “Called to Unity.”

Joseph Sittler’s “Called to Unity” address was very controversial in its time. Even though the 1954 WCC Assembly in Evanson, IL had already tasked a number of theologians (including Sittler) to consider the issue of Christology in relation to church unity in preparation for 1961, Sittler’s argument—that the future of the church’s proclamation depended upon understanding the planet not simply as the site of God’s creation but also as the site of Christ’s redemption—did not go over well. It went against too many established theological categories.

Despite its lukewarm reception in the early 1960’s, the speech soon came to be regarded as a crucial opening salvo in Christian concern for environmental matters. Since most historians of environmentalism would identify the publication of Rachel Carson’s Silent Spring in 1962 as a watershed moment in the American public’s awareness of ecological degradation, the fact that Sittler was writing about environmental concerns as early as the mid-1950’s generally warrants him at least a footnote as a “pioneer” in the writings of contemporary ecologically-oriented theologians. And to the extent that Sittler’s speech can be understood as calling for a kind of “ecumenical environmentalism,” then we can say that his vision has come largely to fruition in the work of theologians and churches (including the ELCA and the LCMS) who have taken up the challenge of relating Christian discipleship to care for creation.

Central to Sittler’s legacy is the idea that the work of creation care happens best when it is related to central questions about how Christians understand God’s work of redemption in the world, inaugurated in Jesus Christ and continued in the work of the Spirit and Christ’s church. As he put it:

A doctrine of redemption is meaningful only when it swings within the larger orbit of a doctrine of creation. For God’s creation of earth cannot be redeemed in any intelligible sense of the word apart from a doctrine of the cosmos which is his [humanity’s] home, his definite place, the theater of his selfhood under God, in cooperation with his neighbor, and in caring relationship with nature, his sister.”1

This theme of understanding redemption as encompassing all of creation such that nature is not simply the disposable backdrop against which the drama of human salvation history plays itself out (as in the Left Behind series, as well as in much popular eschatology stemming as far back as Origen), but rather as an integral part of our human identity and the identity of God’s kingdom—to the point that salvation makes no sense apart from the context of redeemed creation itself (as in the Book of Revelation)—has informed the best contemporary ecological theology.

Moreover, Sittler’s vision runs even deeper than simply the strategic shared activism of church bodies. It is MORE than just ecumenism of the trenches! According to him, the unity toward which the church is both “thrust and lured” is best articulated by means of a “Christology expanded to its cosmic dimensions, made passionate by the pathos of this threatened earth, and made ethical by the love and wrath of God.”

What Sittler’s speech hints towards is not simply a coming “ecumenical environmentalism” but also the possibility of an “environmental ecumenism,” one in which the sort of ecumenical work to which Sittler devoted much of his career (and with which the WCC remains charged) operates with an expanded imagination concerning the body of Christ existing in greater degrees of interconnection around the shape of the world’s need and the ongoing scope of God’s salvific work.

The burden of a challenge toward “environmental ecumenism” would perhaps move us past the old saw that “doctrine divides but service unites” towards a more theologically robust sensibility of incarnation: that to enter into deeper modes of understanding the church Christologically allows us to engage what Sittler calls humanity’s “strong ache” in a world in which nature’s plasticity to human desires has, ironically, constituted nature itself as a new kind of threat—particularly to the poorest and most vulnerable humans on the planet. If ecumenical unity is a future reality to which the present is nonetheless continually “lured,” then Sittler’s speech invites us to think about how this present lure can be comprehended most fully by continually relating our ecclesiology to our Christology, and vice versa.

And for the preacher who wishes to capture the congregation’s imagination as to what can be possible when ecological catastrophe is taken as a “unifying” threat, but also what can be possible when God’s redemption is seen as impacting all of creation, the lure is to try to find ways to make that vision real for the congregation. What rivers near you need to be saved? What are the ways in which divisions among us as citizens of the planet—race, class, income, geographic area, etc.—spill over into churches? What would healing look like?