The Seventh Sunday of Easter in Year C (Mundahl) 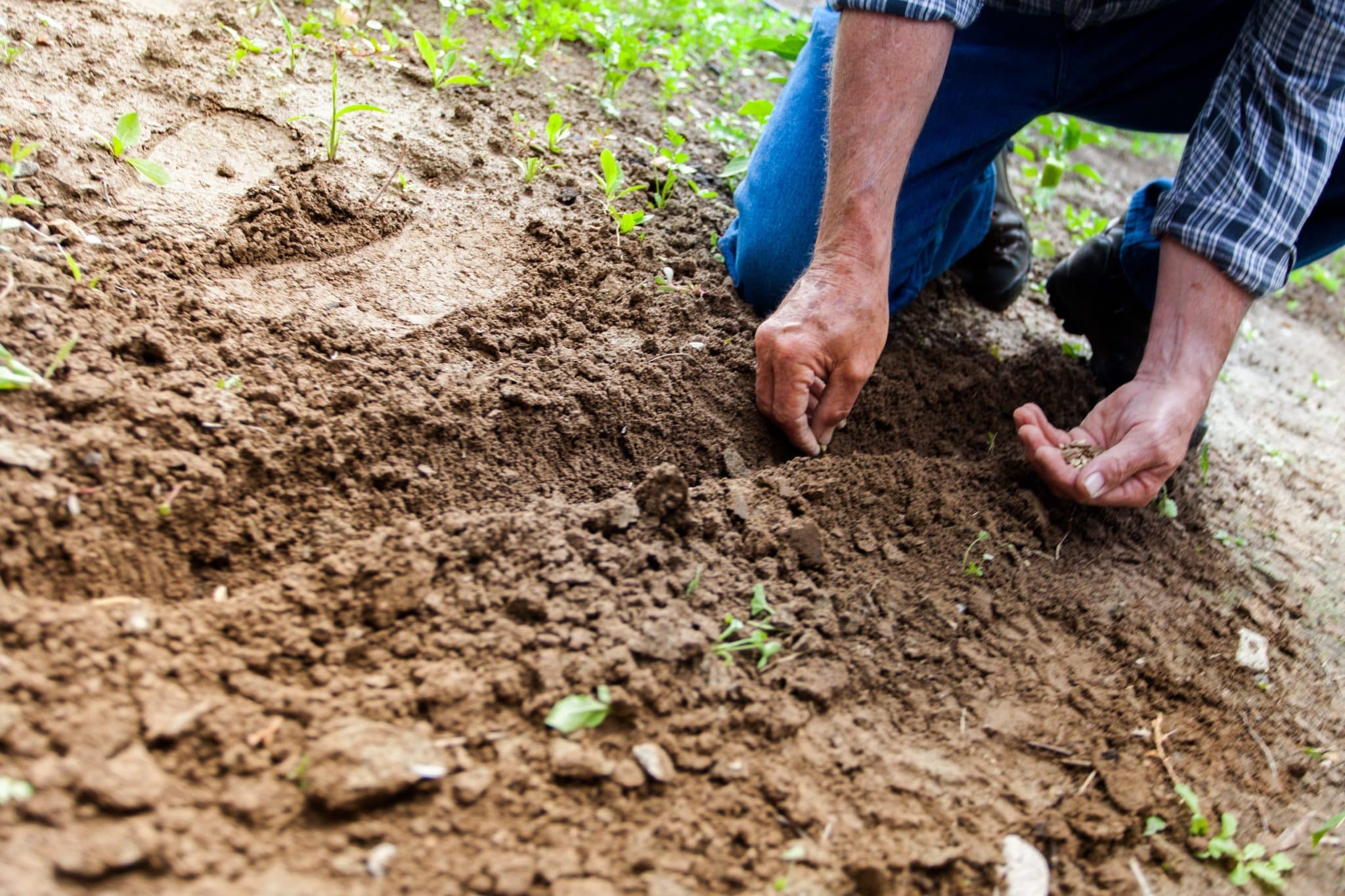 We strive to enable all members of creation to be what God intended them to be.

The Seventh Sunday of Easter in Year C

Once again, today’s psalm sets the theme for our reflections. As an “enthronement psalm,” Psalm 97 celebrates God’s justice and concern for humankind and the whole of creation. Because of God’s being and the action stemming from it, the psalm exhorts: “Let the earth rejoice; let the many coastlands be glad!” (Psalm 97: 1). In a worldview altered by the praise of God, the psalmist can say with confidence: “The LORD loves those who hate evil; he guards the lives of the faithful; he rescues them from the hand of the wicked” (Psalm 97: 10).

We see such a ‘rescue operation’ clearly in our First Reading. As Paul and associates continue their stay in Philippi, they encounter a slave girl with a gift of fortune-telling that provides an attractive income stream for her owners. Yet, she was drawn to Paul, whom she saw as a “fellow slave,” but, in his case, a slave to the Most High God. After being hounded by this young seer for many days, Paul exorcises her (Acts 16: 18).

Because this is nothing short of economic calamity for the slave-owners, they haul Paul and Silas into court on charges of ‘anti-Roman practices,’ charges that lead to beating and imprisonment. The ‘anti-Roman practices,’ of course, consist entirely of freeing this slave-girl from life as an income-producing ‘commodity’ for the owners. While slavery was an accepted part of Roman life and a vexing problem for early believers, the “commodification” of her “talents” makes one wonder where the real ‘demon’ was.

This challenge is nothing new to biblical studies or modern critical analysis. When the only value this young girl has is the capacity for earning money from fortune-telling, we see what Marx called “an inversion of value” (cf. Curtis White, The Barbaric Heart: Faith, Money, and the Crisis of Nature, Polipoint, 2009, p. 143). That is, instead of seeing money as a “means of exchange” in the service of the “intrinsic value” of people and nature, money is seen as “intrinsically of highest value” and people and creation are seen as “means” to enhancing income. Of course, this is the problem with slavery and most economic regimes, a problem intensified in our text. This is, apparently, why Paul frees the slave-girl and treats the jailer with dignity. Human beings, like all creation, carry inherent value.

We see a similar concern in Wendell Berry’s essay, “What Are People For?” He answers his question by claiming that as people bearing God’s image, we are called to be “caretakers.” The consequence of failing to do this is clear, especially in the rural areas of the United States that he knows so well. “That our farmland no longer has enough caretakers is implied by the fact that, as farming people have departed from the land, the land itself has departed. Our soil erosion rates are now higher than they were in the time of the Dust Bowl” (What Are People For? Essays By Wendell Berry, North Point, 1990, pp. 124- 125). When we cease to care for one another and creation, we transform each other and creation into ‘commodities’—mere resources for waste and exploitation.

This certainly contrasts with the vision of the New City we see in the final chapters of the Apocalypse. John of Patmos passes along a vision that not only provides hope for the audiences of Asia Minor, but suggests an urban center that achieves the ancient ideal of harmonizing city and countryside (Barbara Rossing, “The River of Life in God’s New Jerusalem,” Currents in Theology and Mission, December 1998, p. 498). Berry would, no doubt, approve. The imperial claim to be “Roma Aeterna” has been shown to be groundless; Rome will fall and be replaced. Yet, in spite of these chapters filled with visionary hope, John’s ‘readers’ must continue to live in the midst of oppression, just as we must continue to struggle with forces that threaten God’s creation.

Even though many argue convincingly that we are at “the end of growth” as conventionally understood (see Richard Heinberg, The End of Growth, New Society, 2011, and live far beyond the Earth’s carrying capacity, the response of the Christian community has been painfully modest. We need to listen to Ulrich Duchrow’s question: “Does the church champion the life of all human beings and of the whole earth, or does it side with the global economic system which at least tolerates and even automatically causes the death of many and the destruction of the earth by the mechanisms so structured?” (Global Economy: A Confessional Issue for the Churches? Geneva: WCC, 1986, p. 179)

What can the Apocalypse offer to those in ancient Asia Minor or to us in the contemporary “developed” world as a source of hope and courage? Today’s reading seems to describe a worship service where the Risen One sends a messenger (angel) with “testimony for the churches” (Revelation 22:16), a phrase pointing to the “word” portion of the liturgy. This is followed with a two-fold invitation: “come,” come to the table. (Revelation 22:17).  “This was probably the invitation to the holy communion feast or Lord’s Supper, a foretaste of the Lamb’s marriage banquet and the gifts of the beloved city” (Rossing, The Rapture Exposed, Westview, 2004, p. 162). Not only is this a “foretaste of the feast to come;” it seems to augur a glimpse of the New and Beloved Community strong enough to encourage both resistance and constructive action. Like the meal, this is “down-to-earth” hope that lives in the trenches of struggle nourished by the ‘water of life’ given as “gift.” (Revelation 22: 17b)

The hope and courage experienced by those who gather around the table is also closely related to the unity Jesus calls for in our Gospel Reading from the High Priestly Prayer. Not only do we hear Jesus praying “that they all may be one” (John 17: 21), we begin to see that because this unity is modeled on that between Father and Son, “this unity should allow for diversity . . . .” (Raymond Brown, The Gospel According to John, Doubleday Anchor, 1970, p. 775). We would suggest that this ‘ecological principle’ includes all of creation.

Perhaps a helpful way to look at this unity in diversity is to remember John of Patmos’ description of the New City, “where there will be no more night; they will need no light of lamp or sun, for the Lord God will be their light . . . “ (Revelation 22:5). Surprisingly, this recalls nothing so much as the first Sabbath—the seventh day of creation—where all things were brought together by the gift of menuha, “rest.” What stands out in this strongly liturgical first creation narrative is that it also concludes with no night! (Genesis 2: 1-3).

One cannot help connecting this creation litany and the description of the New City. They both celebrate the unity of God, humankind, and creation—in the absence of darkness. While John of Patmos’ account could be read as an “end of history,” it may be better seen as the “fulfillment of history” or a Sabbath of Fulfillment, where an interdependent dance of harmonious unity—shalom—is celebrated.

Moltmann designates what we call Sabbath Fulfillment as a ‘final Shekinah’ of God’s permanent dwelling. He writes: “The eschatological Shekinah is the perfected Sabbath in the space of the world. Sabbath and Shekinah are related to each other as promise and fulfillment, beginning and completion. In the Sabbath, creation holds within itself from the beginning the promise of consummation.  In the eschatological Shekinah, the new creation takes the whole of the first creation into itself, as its own harbinger and prelude, and completes it.  Creation begins in time and is completed in space.” (The Coming of God: Christian Eschatology, Fortress, 1996, p. 266).

Norman Wirzba has continued this theme of Sabbath Fulfillment and suggests: “What this means economically is  revolutionary, for if Sabbath joy, peace, and delight represent the perspective in terms of which we are to judge practical affairs, then it is  clear that the utilitarian, grasping, anxiety-ridden ways of our culture must be transformed. (Author’s note: think of the slave-owners’ anger in the lesson from Acts!). Since the goal of our lives, and the goal of all creation, is to share in the menuha (Sabbath rest) of God, then our work no less than our play must consciously strive to enable all members of creation to fully be what God intended them to be” (The Paradise of God, Oxford, 2003, p. 173)