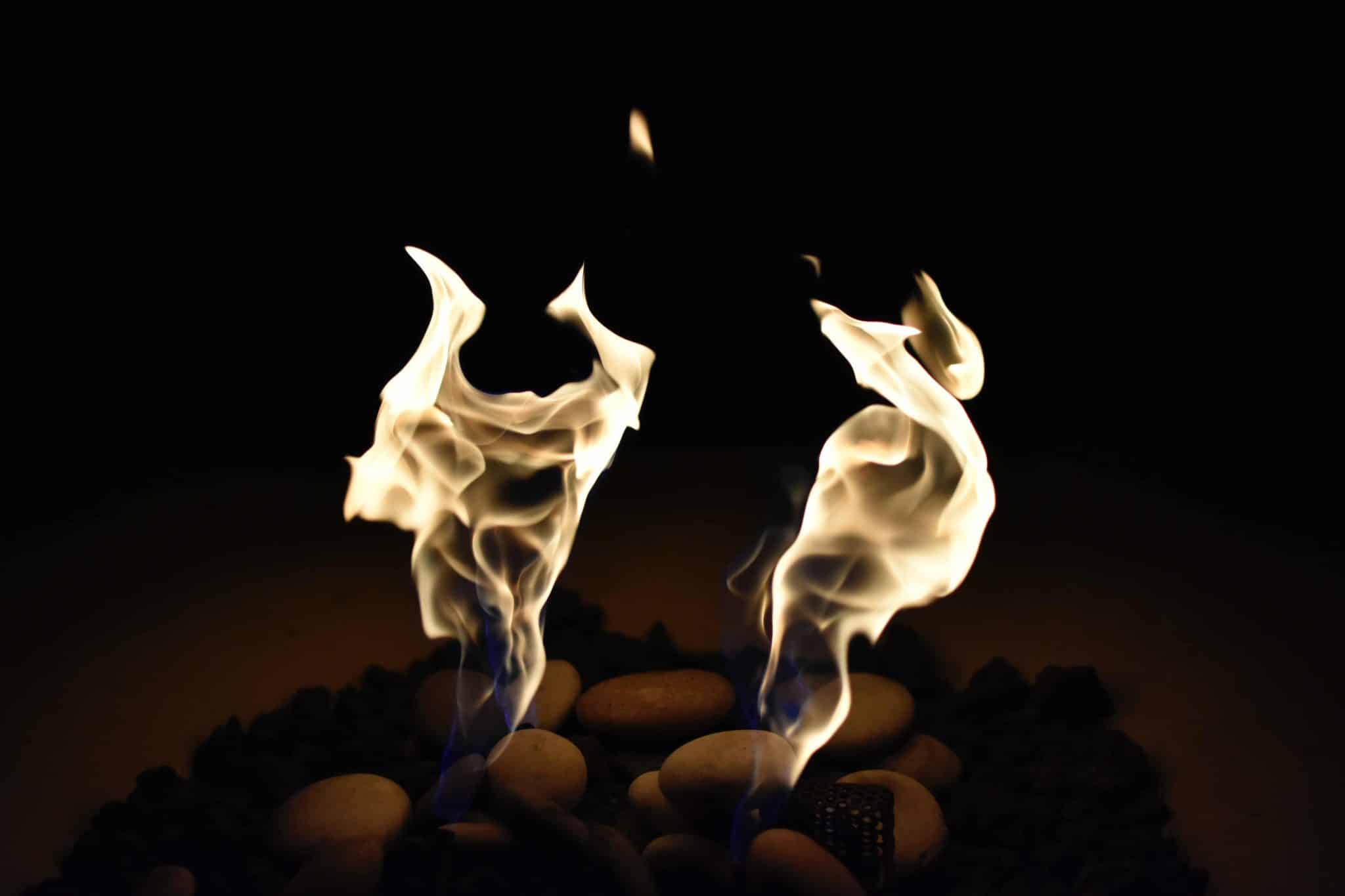 Generosity, Candor in Brokenness, and Resilient Hope  – Dennis Ormseth wonders if we can be freed by a “cultural exorcism” to seek out God’s new creation?

Our reading of the texts for the previous two Sundays have shown that Luke’s witness to the presence of God the Creator in Jesus provides a basis for drawing strong affirmations concerning care of creation from the accompanying lectionary readings. That presence in the midst of the crisis of the creation, we have argued, draws us into “the drama of brokenness and restoration, [which with] Yahweh as its key agent, features generosity, candor in brokenness, and resilient hope, the markings of a viable life.” Within the context of that drama, the forgiveness of sins serves to evoke praise of God’s generosity in both creation and restoration, to afford the freedom for candor to come to grips with the depth of the crisis, and inspire hope over against the pervasive despair on the part of those who genuinely care. The Gospel for this Sunday, with the readings that accompany it, amplifies these learnings.

In his careful analysis of Luke’s revision of Mark’s narrative of the Gerasene demoniac, Luke Timothy Johnson makes several observations that are significant for our interest. First, in his view, it is important to consider this story in tandem with the brief narrative of Jesus calming the storm (Luke 8:22-25). “In the calming of the seas,” Johnson notes, “Luke moves the emphasis away from the failure of the disciples to the power of Jesus.” In the disciples’ wonderment, “Who is this. . ,” Johnson hears “the echo of [an] earlier question, ‘what is this speech (logos), that he commands even unclean spirits and they obey.’  As with demons, so with winds and waves.”

Secondly, the demoniac identifies Jesus as “Son of the Most High God.” And at the end of the story, the man is told to “declare how much God has done” for him, but Luke has him tell “how much Jesus had done for him;” the reader is to understand that these two assignations are equivalent. Additionally, in contrast to Mark’s version, according to which the demons fear being sent out of the region, Luke has them beg Jesus “not to order them to go back into the abyss,” an image with the connotation of tehom, “the deep” of Genesis 1:2, as well as the “bottomless pit of confinement reserved for the enemies of God (see Rev. 9:11-11; 11:7; 17;8; 20:1-3 )” (Luke Timothy Johnson, The Gospel of Luke. Collegeville, Minnesota: The Liturgical Press, 1991; p. 137, 139; and David Tiede, Augsburg Commentary on the New Testament: Luke. Minneapolis: Augsburg Publishing House, 1988; p. 173). The one who dispatches the legion of demons has the power of God the Creator over the wind and water of the sea, the power to order chaos, and power over life and death.

Such power as belongs to God the Creator is needed to free the demoniac from the “legion” of his demons, according to Walter Wink’s analysis of the demoniac’s possession in his Unmasking the Powers (Philadelphia: Fortress Press, 1986). Drawing on the work of Rene Girard, Wink argues that the man is the “scapegoat” of a population in a region that has suffered repeated brutalization and oppression from successive military conquests by the armies of the Ptolemies, the Seleucids, Jews, Herod, and now finally Rome. The fierce independence of the people has them locked in a struggle from which there is no relief, except in the bizarre manifestations of the demoniac’s possession.  According to Girard,

“The townspeople need him to act out their own violence. He bears their collective madness personally, freeing them from its symptoms. Unlike other accounts where the scapegoat is stoned, he does it for them: he bruises himself with stones. Yet he secretly lives out the freedom to be violent that they crave: he is the most liberated among them, shattering chains, parading naked, free from taxes and tribute and the military service due Rome. Yet he is the more miserable for it, and they insure that he remains so. They chain him and drive him from their midst, to dwell as an outcast among the dead.” (Quoted from an essay by Girard, “Generative Violence”; Wink, p. 46; Wink’s analysis is primarily based on the text of Mark).

Jesus intervenes in the “vicious circle of mimetic persecution” to free the man, and sends him back into his home community. The people do not rejoice in the freedom of the demoniac, however; it seems clear that they did not wish to have him freed, and certainly not at the expense of their herd of swine herd. Afraid of what they have seen, they ask Jesus to leave them.

What has taken place, in Winks view, is that Jesus “has freed the man from the ‘spirituality of the people.”  His was “the personal pole of a collective malady afflicting an entire society.” The Gerasene demoniac bore “the brunt of the collective demonism, which is thus allowed to remain unconscious and undetected by society at large.” Readers of Luke after the destruction of the temple in C.E. 70 may well have pondered the significance of that persistent denial in the light of the fact that a Roman legion was garrisoned in the area well into the third century. So also might readers today recognize similar socio-political structures that block the development of initiatives aimed at healing national and even global “disorders.” We know, for example, that the demand for economic growth fueled by both population growth and economic development has the planet earth on a unsustainable course. But overriding commitments at every level of our society compel the pursuit of greater wealth by means of capitalistic growth, with its propensity to ignore both unintended consequences and external costs. We are locked into a cultural system from which there appears to be no escape. As noted in our comments on the readings for two Sunday’s ago, the technological fixes proposed on the basis of technological rationality simply do not address the spiritual crisis that fuels the drive toward greater and greater consumerism, with its increasing destructiveness, which would afford release from the bondage to self-interested agendas. There are those who are freed from this “spirituality of the people,” to be sure, and who engage in vigorous protest, e.g., Bill McKibben. It remains to be seen whether his strategies will provide a viable route for a social and political movement that is broad enough and strong enough to bring about enduring cultural change by democratic process.

The gospel narrative invites us to consider whether the church can contribute to such a movement by going beyond its largely unheeded call for confession of sin, to strategic acts of cultural exorcism. What would be the equivalent, say, of Jesus’ permission to the demons of Gerasa to go drown themselves by entering the herd of pigs?  How could the scapegoating mechanism be similarly subverted in a spiritual intervention that would redirect the desire for healing towards effective actions? One might well ponder, for a start, that with what Wink calls his “substitutionary death of the pigs,” Jesus acted in a totally surprising way. Ordinarily the scapegoat mechanism would have required the man’s death, as the means by which the peoples’ desire for violence would be satisfied. Jesus’ substitution of the pigs is a striking innovation. How shall we understand this? Is it a substitutionary sacrifice, perhaps, one of considerable wealth, an action that would foster a realignment of the will of the people to the will of God for the people? According to the ritual law of the Jews, unclean pigs would not be a proper sacrifice; but as the gift of their creator for the man’s redemption, the pigs could be deemed worthy for sacrifice, a transformation we explored in our comment on the readings for the Fourth Sunday after Pentecost. More likely, in view of our status as beneficiaries of Christ’s sacrifice to end all sacrifice, we should not consider animal sacrifice as in any way appropriate; but still we might ask, what sacrificial acts by the church in conformity with the death and resurrection of Jesus would serve to free up enough people to effectively sweep our society into the divine drama of “generosity, candor in brokenness, and resilient hope”?

Our other readings lend encouragement for such a course. Selected for its close consonance  with the narrative of the Gospel, the first reading from Isaiah 65 portrays God imploring those “who do not seek [him]” but “sit inside tombs, and spend the night in secret places; who eat swine’s flesh, with broth of abominable things in their vessels,” to give up their “garden sacrifices” and offerings of “incense upon the mountains,” so that God can bring forth and establish anew “descendants from Jacob, and from Judah inheritors of my mountains, as a remnant that will resettle the land (Isaiah 65:8-9). Indeed, later in the same chapter the prophet looks forward in hope to “the new heavens and a new earth” that God will create, in which “the former things shall not be remembered or come to mind.” By including verse 65:17 as a postscript to the reading in the assembly, a bridge can be built to the marvelous vision, accordingly to which

. . . for like the days of a tree shall the days of my people be
and my chosen shall long enjoy the work of their hands. . .

Before they call I will answer,
while they are yet speaking I will hear.
The wolf and the lamb shall feed together;
the lion shall eat straw like the ox,
but the serpent–its food shall be dust!

Moreover, Psalm 22:19-28 encourages the congregation to believe that God will not despise nor abhor “the affliction of the afflicted;” indeed, “all the ends of the earth shall remember and turn to the Lord; and all the families of the nations shall worship before him” (Psalm 22:27). And the second reading from Galatians promises to make all who in Christ Jesus have faith, to be “children of God,” irrespective of whether they are Jew or Greek, slave or free, male or female; no longer naked as the Gerasene demoniac, but clothed with Christ, all will belong to the “offspring of Abraham.” Holding to these promises, might not we, like the Gerasene demoniac, be freed to seek out God’s new creation?