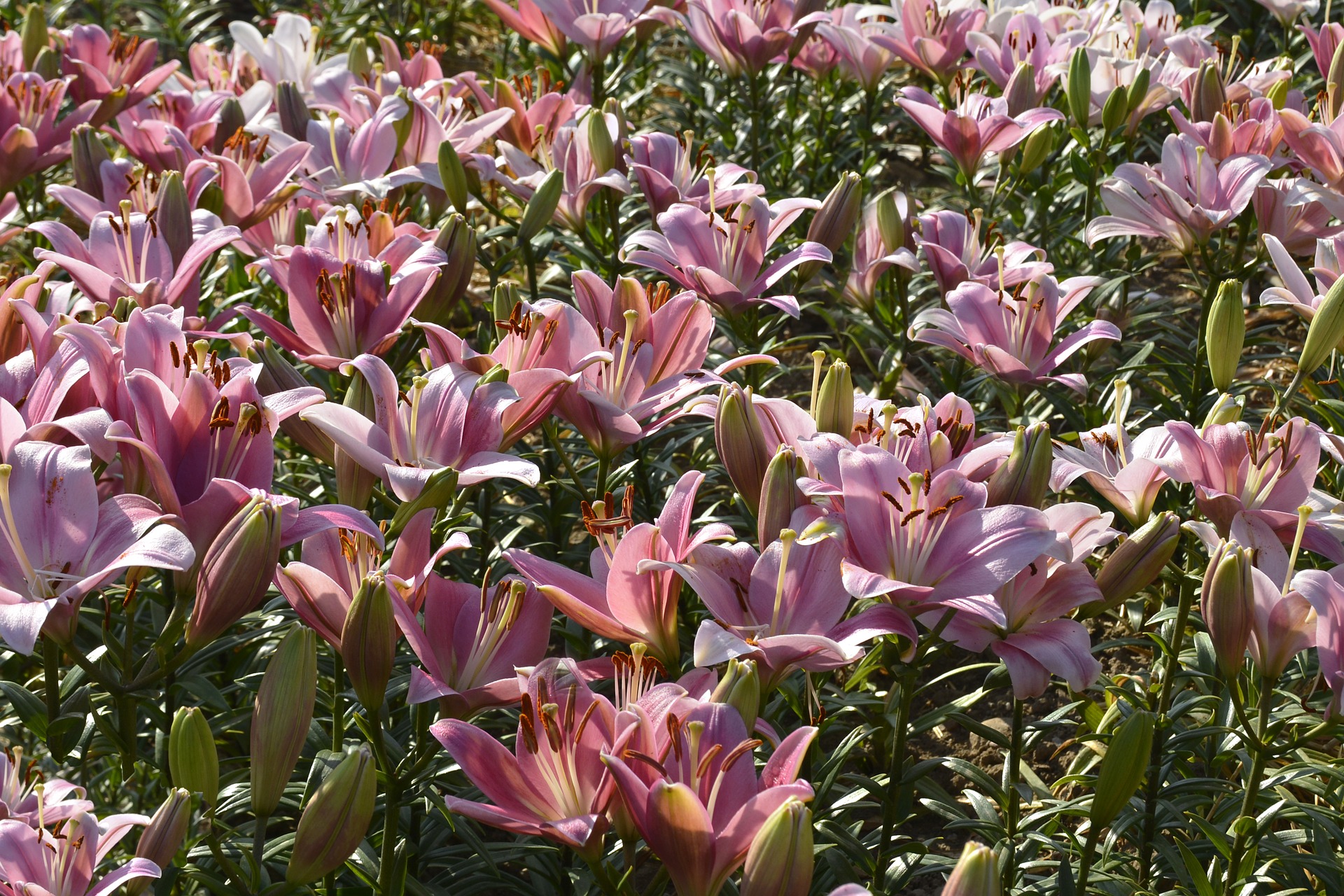 Love the Neighborhood As Yourself! – Dennis Ormseth reflects on bringing the human economy into consonance with the Great Economy.

The learnings for care of creation to be drawn from this Sunday’s readings hinge on an interpretation of the concept of the “kingdom of God” from the Gospel and second reading. Would-be followers of Jesus, we are told, should “let the dead bury their own dead” and “go and proclaim the kingdom of God. . . . No one who puts a hand to the plow and looks back is fit for the kingdom of God” (Luke 9:60-61). Luke Timothy Johnson suggests that “the meaning here depends on the understanding of conversion as a ‘new life,’ with those not sharing the new life being in effect ‘dead.’” We are to understand that the preaching of the kingdom of God requires “a sense of direction and concentration” infused with prophetic urgency like that imaged by our first reading (Luke Timothy Johnson, The Gospel of Luke. Collegeville, MN: The Liturgical Press, 1991, p. 163).

The apparent tension in the text between valid concerns of everyday life—the obligation to bury one’s father, the slaughter of precious oxen to provide meat for a farewell feast, for example—and following the prophet whose face is set toward Jerusalem, might suggest that preaching the Kingdom has little if nothing to do with practical, economic considerations, however much it might have to do with “new life.” We propose here, on the contrary, to adopt Wendell Berry’s insistence, in his essay on “Two Economies” (Wendell Berry, Home Economics. San Francisco: North Point Press, 1987), that “the first principle of the Kingdom of God is that it includes everything; in it, the fall of every sparrow is a significant event. We are in it whether we know it or not and whether we wish to be or not.” Furthermore, although we “do not and can never know either all the creatures that the Kingdom of God contains or the whole pattern or order by which it contains them,” nonetheless in principle everything in the Kingdom of God is “joined both to it and to everything else that is in it” (Berry, p. 55). Berry makes this argument in order to assert the appropriateness of calling the Kingdom an “economy”—indeed the “Great Economy”—which “includes principles and patterns by which values or powers or necessities are parceled out and exchanged.” In this view, the Kingdom of God and the preaching of it can hardly be disconnected from the “concerns of everyday life.” There is urgency here, to be sure, but the Kingdom has everything to do with such concerns, which we might in fact properly characterize as at least implicitly “ecological.”

This follows from Berry’s understanding of the “Great Economy.” We find ourselves in the precarious condition of living “within order and that this order is both greater and more intricate than we can know.” And while we “cannot produce a complete or even an adequate description of this order, severe penalties are in store for us if we presume upon it or violate it.” The special situation of humans is that while “fowls of the air and the lilies of the field live within the Great Economy entirely by nature . . . humans, though entirely dependent upon it, must live in it partly by artifice. The birds can live in the Great Economy only as birds, the flowers only as flowers, the humans only as humans. The humans, unlike the wild creatures, may choose not to live in it—or, rather, since no creature can escape it, they may choose to act as if they do not, or they may choose to try to live in it on their own terms. If humans choose to live in the Great Economy on its terms, then they must live in harmony with it.”

(While Berry develops his argument with reference to Matthew 6, we see no reason not to apply his understanding to the concept in these readings as well). A good human economy will define and value human goods so as to conserve and protect them, as does the Great Economy.  Nevertheless, certain differences pertain: the dependence of a human economy on the Great Economy means that humans can only add value to things in nature, not originate value. A human economy must “also manage in such a way as to make continuously available those values that are primary or given, the secondary values having mainly to do with husbandry and trusteeship” (Berry, p. 61). “The Great Economy,” Berry insists, is “both known and unknown, visible and invisible, comprehensible and mysterious. It is, thus, the ultimate condition of our experience and of the practical questions rising from our experience, and it imposes on our consideration of those questions an extremity of seriousness and an extremity of humility” (Berry, p. 57).

Given this understanding of the Kingdom of God as Great Economy, what can we draw from this Sunday’s readings concerning Jesus’ possible orientation to ecological concerns? The narrative, Luke Timothy Johnson observes, begins the “great middle section” of Luke’s Gospel.  With his face set to go to Jerusalem, he immediately encounters resistance from a Samaritan village and has to respond to his disciples suggestion that they bring down fire to “consume” them. The conflict relates to the “ancestral antipathy between Judeans and Samaritans based in the rivalry between the shrines of Mt. Gerizim and Mt. Zion, and on a whole cluster of disputes concerning the right way to read the sacred books, messianism and above all, who was a real Israelite” (Johnson, p. 163). That he was headed toward Jerusalem would have been interpreted in the village as a choice for the competing shrine, a competition in which the disciples were only too happy to engage. Jesus’ rebuke was meant to dissuade the disciples from engaging in such competition; instead, as the following exchange reveals, they should “go and proclaim the Kingdom of God,” which would entail transcendence of that conflict in an embrace of and advocacy for the inclusive reality of the Kingdom. As the disciples will soon understand, that his face is set to go to Jerusalem with prophetic urgency shows that he is equally against the choice of Jerusalem  and its authorities over Samaria.

The significance of this narrative is further illumined by our second reading. The Apostle Paul is also concerned about the “kingdom of God,” for which he proscribes an ethic of life in the Spirit. He insists that the freedom to which Christians are called cannot be used as “an opportunity for self-indulgence” (Galatians 5:13) because it leads to those “works of the flesh” that preclude one from participation in the “kingdom of God.” His long and dreadful list of such behaviors is notable for their inherently selfish orientation within basically social or even economic relationships. “If you bite and devour one another,” he warns with graphic metaphor, “take care that you are not consumed by one another;” “let us not become conceited, competing against one another, envying one another” (Galatians 5:15; 26). Paul in fact generalizes here on the ethical principles of the Kingdom Jesus proclaimed. The freedom to which we are called, he insists, instead requires, paradoxically, that we “become slaves to one another” in a life in the Spirit characterized by “love, joy, peace, patience, kindness, generosity, faithfulness, gentleness and self-control,” all virtues that are inherently and positively social, in accordance with the commandment to “love one’s neighbor as oneself” (Galatians 5:14, 22).

While neither Luke nor Paul has in view anything specifically related to the ecological crisis of our age, there emerges here an ethos that brings the human economy into consonance with the Great Economy.  Again, Wendell Berry sees the connection. When the existence of the Great Economy is acknowledged, he notes, “we are astonished and frightened to see how much modern enterprise is the work of hubris . . . based on invasion and pillage of the Great Economy (Berry, p. 65). While Jesus forbids competition in favor of the transcendent Kingdom, and Paul warns against its reciprocal “consumption,” it is Berry’s observation that as the “ruling principle in our explanation of reality and in our understanding of economy,” competitiveness “imposes a logic that is extremely difficult, perhaps impossible, to control.” That logic explains why our cars and our clothes are shoddily made, why our “wastes” are toxic, and why our “defensive” weapons are suicidal; it explains why it is so difficult for us to draw a line between “free enterprise” and crime. If our economic ideal is maximum profit with minimum responsibility, why should we be surprised to find our corporations so frequently in court and robbery on the increase? (Berry, p. 762).

In the Great Economy, on the contrary, “all transactions count and the account is never ‘closed,’ so “the ideal changes:”

“We see that we cannot afford maximum profit or power with minimum responsibility because in the Great Economy, the loser’s losses finally afflict the winner. Now the ideal must be “the maximum of well-being with the minimum of consumption,” which both defines and requires neighborly love. Competitiveness cannot be the ruling principle, for the Great Economy is not a “side” that we can join nor are there such “sides” within it. Thus, it is not the “sum of its parts” but a membership of parts inextricably joined to each other, indebted to each other, receiving significance and worth from each other and from the whole. One is obliged to “consider the lilies of the field,” not because they are lilies or because they are exemplary, but because they are fellow members and because, as fellow members, we and the lilies are in certain critical ways alike” (Berry, p. 72-73).

Loving one’s neighbor as oneself, we might say, necessarily requires a community of neighbors, or a neighborhood. And within the context of the “kingdom of God” as a Great Economy, that neighborhood would be comprised of all relationships between existing creatures, however known or unknown, visible or invisible, comprehensible or mysterious. For a human, Berry concludes, “the good choice in the Great Economy is to see its membership as a neighborhood and oneself as a neighbor within it,” as indeed, a neighbor who loves the neighborhood as oneself.