Sunday of the Passion (Palm Sunday) in Year A (Mundahl) 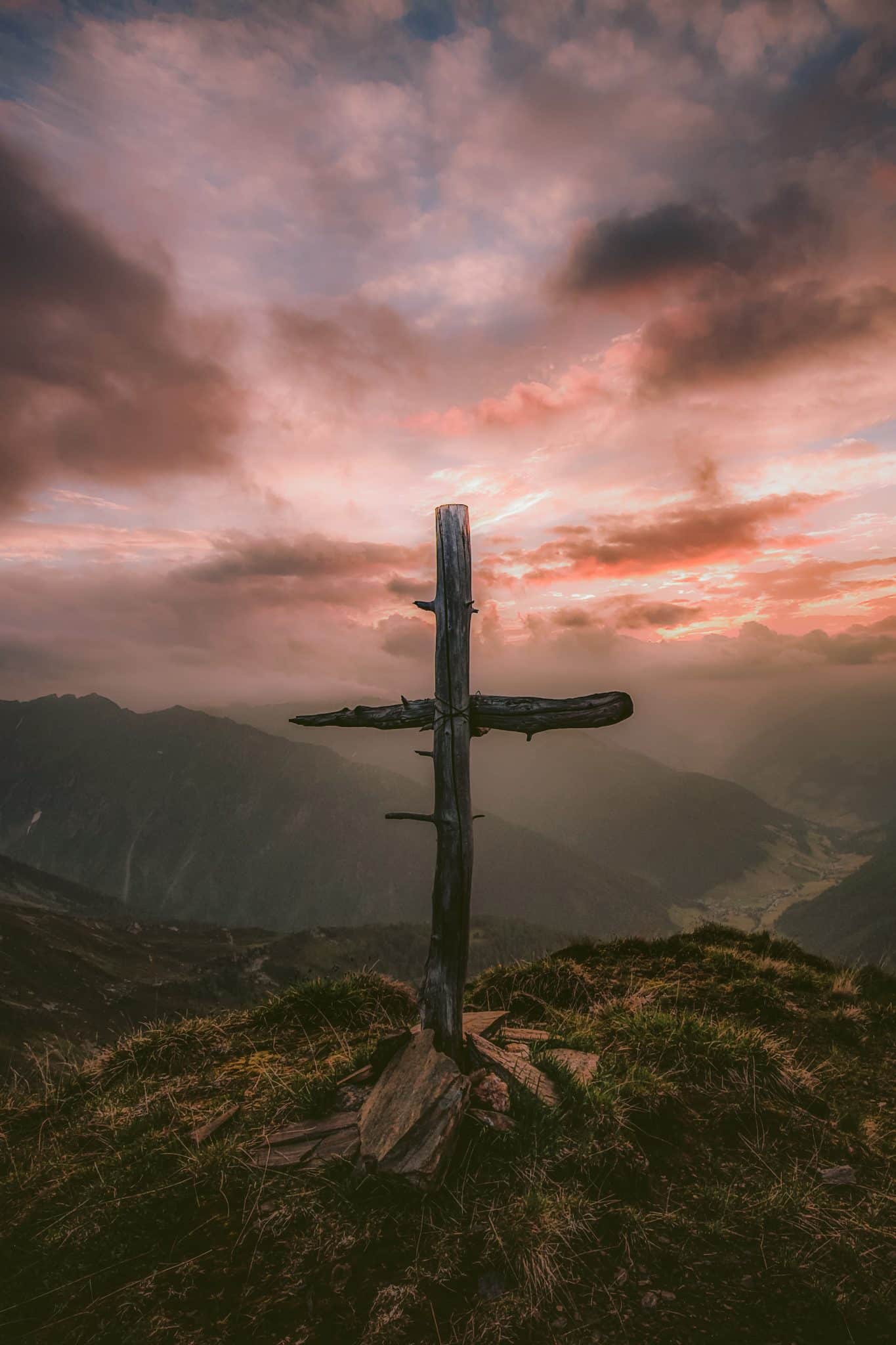 Offering Life for the World – Tom Mundahl reflects on Christ’s suffering and death.

The Sunday of the Passion begins the eight-day holy week, which culminates in the central celebration of the Christian faith: the passage of Jesus from death to life marked by the Three Days. Not only do the readings contain rich support for serving creation, but the gospel readings show the cosmic significance of the events—ranging from the donkey and tree branches of the entry into the city to the cosmic elements of darkness and earthquake in the passion story.

Norman Wirzba summarizes the connection between our readings and ecojustice concerns: “We discover that sacrificial offering is a condition for the possibility of the membership of life we call creation. Creation, understood as God’s offering of creatures to each other as food and nurture, reflects a sacrificial power in which life continually moves through death to new life” (Food and Faith, Cambridge, 2011, p. 126). While the very notion of sacrifice is uncomfortable to death-denying North Americans, it still is the way of the cross that leads to new life.

To grasp Isaiah’s Third Servant Song (Isaiah 50:4-9a), it is important to uncover the world of self-deception many exiles still embraced. In fact, one of the purposes of Second Isaiah is to convince the people that they were responsible for their condition; they had lost their freedom and land because they had convinced themselves that any wealth and status they enjoyed resulted from their own efforts, not as a gift of God. They had clearly forgotten the warning of the Deuteronomist: “Do not say to yourself, ‘My power and the might of my own hand have gotten me this wealth’” (Deuteronomy 8:17).

Yahweh responds to this arrogance with an indictment and trial immediately preceding our First Reading. Here the very notion that the LORD is responsible for breaking the covenant and selling the people off to the highest bidder is shown to be pathetic and self-serving (Isaiah 50:1-3). Since living in self-deception only leads to greater self-destruction, the verdict is a stiff dose of the truth. As Paul Hanson suggests, “the God of the Hebrew Scriptures is not dedicated to avoiding offense at all costs, but to dispelling the delusions that imprison human beings” (Isaiah 40-66, Louisville: John Knox, 1995, p. 137). As the prophetic word delivered by Isaiah has it, “I the LORD speak the truth, I declare what is right” (Isaiah 45:19).

This reminds us of nothing so much as the delusion of “American exceptionalism” that credits national wealth totally to a genius that forgets what once were seen as limitless natural “resources,” centuries of slave labor, and the genocide of native people. Like the exiles, advocates of eco-justice are called to be prophetic truth-tellers, awakening us to the fact that we, too, because of water depletion, resource waste, and climate change are also living in an illusion of prosperity containing the seeds of destruction.

This Servant Song reminds us that, in spite of human delusion, God does not give up on sending prophets as messengers to help the recovery of our senses. Whereas in Isaiah 42 it is the Spirit that emboldens the servant, in this Sunday’s text it is the power of the word itself: “The LORD has given me the tongue of a teacher, that I may know how to sustain the weary with a word” (Isaiah 50:4). In fact, this Servant Song comes close to presenting a job description for prophets. The power of calling provides the endurance to confront those who meet the truth with “insults and spitting” (Isaiah 50: 6). The simple fact of persistence—“setting the face like flint” (Isaiah 50:7)—in the face of constant ridicule is the key to prophetic effectiveness (Claus Westermann, Isaiah 40-66, Philadelphia: Westminster, 1969, p. 229).

It is through the suffering of the servant that power to transform the whole community grows. One of the great mysteries of faith is that those with the greatest ability to encourage the distraught are often those who, far from being exempt from suffering , discover special gifts of empathy and empowerment precisely in their own valleys of personal suffering (Hanson, p. 141). Again. we see life emerging from death.

As we began these comments on Lenten season texts, climate activist and Methodist layperson Bill McKibben’s 2016 lecture to inaugurate the Jonathan Schell Memorial Lectures was referred to. We saw that McKibben took as his task applying the lessons of the anti-nuclear movement of the 1970’s and 80’s to the climate struggle. The first lesson McKibben mentioned was the power of “unearned suffering” (This lecture is available online at www.fateoftheearth.org). Increasingly, it appears that McKibben’s prescience was uncanny. The courage to endure in seeking eco-justice in the face of opposition from the current presidential regime can only come from a source as strong as that described by Isaiah: in our case, the power of baptismal calling to give us strength “to set our face like flint” in the quest for eco-justice, a quest that seems more likely with each passing day to require civil disobedience. This may be how we offer ourselves to one another “to till (serve) and keep” the creation.

Few texts sing the melody of self-offering for the life of the world as clearly as our Second Lesson, Philippians 2:5-11. “For at the heart of the story of creation, from its origins through problem to resolution is the story of Christ, who enters the world to redeem it, and is raised to glory as the firstborn of the new creation. Paul summarizes this story most famously and tellingly in the Philippian hymn” (Horrell, Hunt, and Southgate, Greening Paul, Waco: Baylor, 2010, p. 172).

Named after the father of Alexander the Great, by the middle of the first century CE Philippi had become a retirement center for the Roman military, a city where loyalty to the emperor was highly valued. In the face of the dominant culture, this Christ hymn makes the subversive claim that believers are “citizens of an empire where Christ is Lord” (Michael J. Gorman, Apostle of the Crucified Lord, Grand Rapids: Eerdmans, 2017, p. 499). Of course, the appellation, “Lord,” was a commonplace when referring to the emperor. As Ovid wrote, the emperor is “Lord of the empire, no less mighty than the world he governs” (John Dominic Crossan, God and Empire, San Francisco: Harper, 2007, p. 108). To send a letter featuring this Christ-hymn naming Jesus as Lord (Philippians 2:11) was surely crossing the line.

But the “career trajectory” of this lordship is unlike any sanctioned by Roman culture. Instead of a climb to the top, this lordship participates in the depths of life by obedient self-emptying (kenosis). Influenced by elements of the Fourth Servant Song (Isaiah 52:13-53: 12), the Genesis narrative of disobedience (Genesis 3), and the Roman cult of the emperor, this Christ-hymn concisely summarizes the story as one of incarnation (he emptied himself), death (he humbled himself), and glorification (Gorman, p. 506).

Although we are mindful of the final verses of the Christ-hymn, it is crucial to recognize on this day, formerly referred to almost exclusively as Palm Sunday, that it was not “hosannas” all the way. To remind his audience (and all hearers) of this, Paul makes it clear that Jesus’ self-emptying is the pattern of faithful life: “Let this same mind be in you that was in Christ Jesus….” (Philippians 2: 5).

Some years ago, Wayne Meeks suggested that the basic purpose of Philippians “is the shaping of a Christian phronesis (way of thinking) that is ‘conformed to Christ’s death in hope of resurrection’” (“The Man from Heaven in Paul’s Letter to the Philippians,” in Birger Pearson, ed., The Future of Early Christianity: Essays in Honor of Helmut Koester, Minneapolis: Fortress, 1991, p. 333). As we recently celebrated the 500th anniversary of the Lutheran Reformation, perhaps we could see this “way of thinking” as shaping Luther’s theology, in particular his notion of the “priesthood of all believers.”

Early in his career as a reformer, Luther made it clear that “everyone who knows he is a Christian should be fully assured that all of us alike are priests” (“The Pagan Servitude of the Church” (1520), in Dillenberger, ed., Martin Luther—Selections from His Writings, New York: Doubleday Anchor, 1961, p. 349). That same year, in his “Appeal to the German Nobility,” Luther defines this priesthood, drawing from Paul’s First Letter to the Corinthians (12:12f.): “We are all one body, yet each member has his own work serving others” (Ibid., p. 407). Surely this priesthood—offering life for the world in the name of the Christ—includes serving creation and securing eco-justice.

Even on the Sunday of the Passion, we “lean” toward the culmination of this holy week at the Vigil. Therefore, we cannot ignore the glorification in the final part of the Christ-hymn. This, too, reflects the baptismal priesthood we share. We learn that “what a priest does today is ‘lift our hearts’ to the place of heaven so that heavenly life can transform life on earth here and now . . . . When we ‘lift our hearts’ to God, what we are really doing is giving ourselves and the whole world to the new creation, ‘the new heaven and new earth’ (Rev. 21:1). As priests we begin to see the whole creation as an altar of God’s offering. This altar becomes the inspiration for our offering of the world and ourselves” (Wirzba, p. 207).

We cannot neglect our gospel reading(s). The processional reading requires good participation from the congregation—energy is important (as are eco-palms that are widely available). Because it is important to begin this week being immersed in the passion story, my recommendation is reading the longer version. If it is a single reader, it should be done at an appropriate pace, unhurried. If there is a talented storyteller in the congregation willing to take this on, what a gift! Even better is a choral reading using resources that are widely available. However, the key to a good choral reading is recruiting good readers, all standing near the lectern, who have practiced together at least twice. If sound reinforcement is necessary, that should also be “practiced.”

Is a traditional sermon necessary? That is a local decision. While serving as a pastor, when I did preach I usually focused briefly on the Philippians Christ-hymn. In the last fifteen years of ministry, simply hearing the passion gospel read was more than enough. If this is done, it is particularly important to allow silence (more than a minute before and two minutes or more after the Passion Gospel) for reflection and prayer.  While this may seem unusual and even uncomfortable for some, silence is a gift of life for this unique week and always in congregational worship.