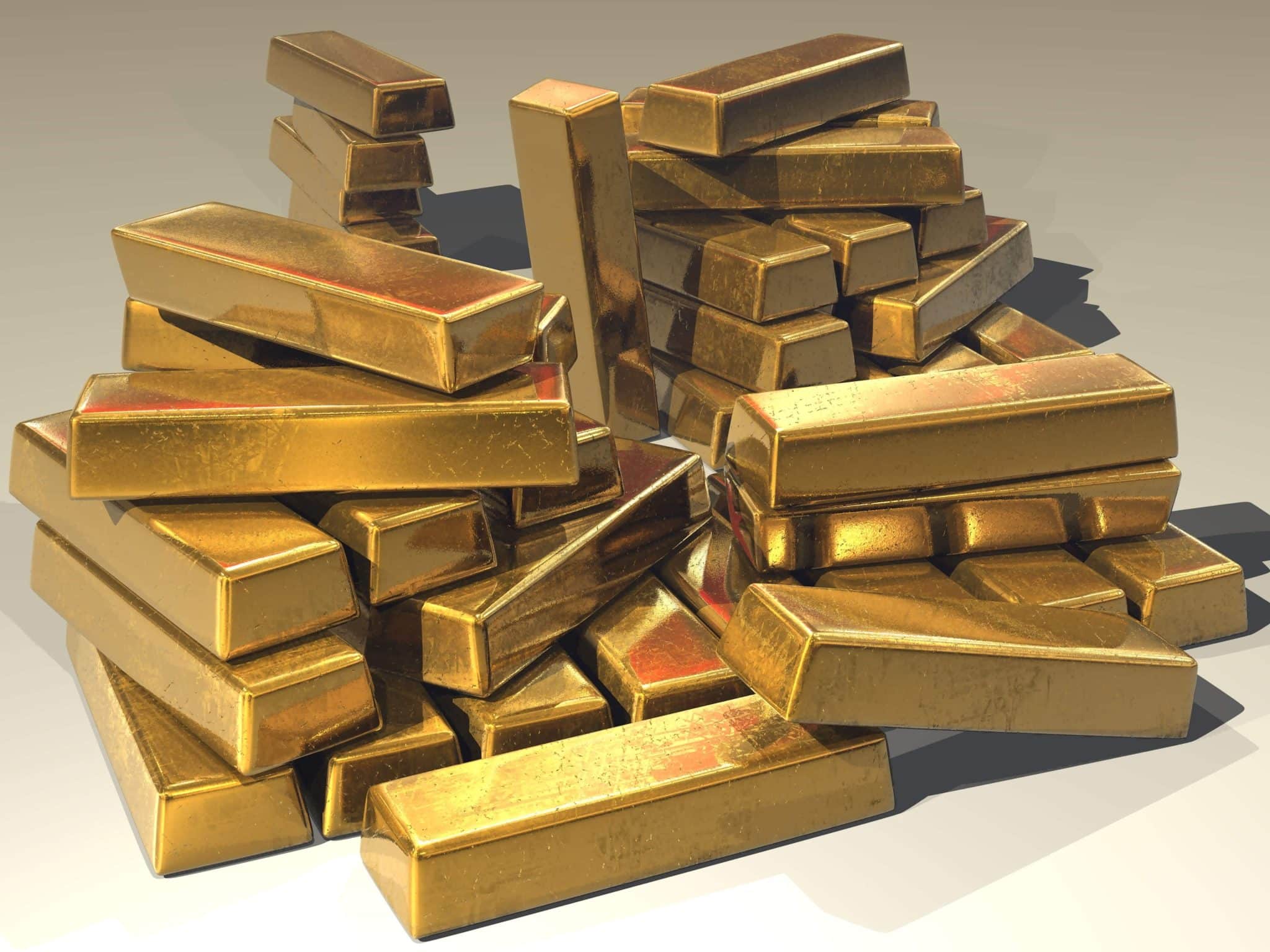 What Hope Is There Unless We Address Our Consumption? – Tom Mundah reflects on the inequality of wealth.

This week’s texts all wrestle with the simple question: how is the generosity of creation to be responded to? Or, as Joseph Sittler asks the question: how is creation to be both “used” and “enjoyed?” (Sittler, “The Care of the Earth,” in Steven Bouma-Prediger and Peter Bakken, eds., Evocations of Grace: Writings on Ecology, Theology, and Ethics. Grand Rapids: Eerdmans Publishing, 2000, p. 58). This becomes even more crucial when we see the effects of inequality of wealth on our common call to care for the earth.

As the Psalter reaches its conclusion with a quartet of doxologies, we are drenched in language praising and celebrating the God who is both creator and savior, who calls creatures both to enjoyment and just use of all that is. We see that theme especially in Psalm 146, where the psalmist connects the God who made heaven and earth to the one who “executes justice for the oppressed; who gives food to the hungry” (Psalm 146:6-7). In just a very few words, we see a creator who, in order to achieve the purpose of creation, is hard at work to overturn oppression, the unfair distribution of power, wealth, and resources.

A good share of the heavy-lifting in this “saving process” is done by the prophets, especially Amos. He spares no one among the powerful elite. Whether they rule and administer in the north (Mount Samaria) or the south (Zion), they cannot escape (Amos 6:1). The irony seems to be the total obliviousness to coming catastrophe shown by those who benefit from a system soon to be destroyed by Assyria. Amos’ indictment comes as an ironic public lament: “Alas for those who are at ease . . . , who lie on beds of ivory, lounge on their couches, and eat lambs from the flock and calves from the stall . . . .” (Amos 6:1a, 40). In their privilege, not only do they take more than their share of resources, but they provide none of the leadership they are called to, especially in the face of impending doom. As Amos puts it, they “are not grieved over the ruin of Joseph!” (Amos 6:6)

Therefore, the elite will share the experience of Joseph—exile! In fact, says Amos, they will be the very first to be taken, “and the revelry of the loungers shall pass away” (Amos 6:7b). It makes one wonder how the possession of power and wealth seem to insulate from reality. Is it being surrounded by “toadies” who continually spout what the powerful want to hear and create a “cocoon” of unreality for the powerful whether in Zion, inside the DC Beltway, or in the halls of Microsoft?

A similar process seems to operate among broader populations in so-called “developed societies” where political and business leaders urge “consumers” (the new identity that has replaced “citizenship”) to continue to ride the “luxury loungers” of consumption, because things will continue to go on just as they have been, unless we stop shopping! Is this mania for over-consumption a kind of ‘lotus eating’ addiction that requires treatment? Is it a learned “psychology of previous investment?” (James Howard Kunstler, “Are We Trapped in a Psychology of Previous Investment?” April 16, 2012, biostruct.ca). That is, are we by mental dispositions formed by the massive advertising industry and economic structure so tied to our current “reality” that the thought of change is frightening? In the face of the possibility of change, do we hold on all the more to a “lifestyle” that stresses the planet and gives us little real satisfaction? Or, is it a combination of all of these fired by the old anxiety that moves us to embrace the notion that “we are as gods” and not subject to the limits of creation? In any case, these lead us to the folly of trying to sustain the unsustainable.

These questions become especially acute as we read and consider interpreting the “Parable of the Rich Man and Lazarus.” Here, Luke’s recounting of Jesus’ parable demonstrates what it means for the mighty to be brought down from the thrones and the lowly lifted up (Luke 1:52). In the figure of the rich man, the warning from the Sermon on the Plain, “But woe to you who are rich, for you have received your consolation, “ is confirmed (Luke 6:24). Not only do we see the continuing theme of the dangers of wealth explored, suddenly the “arrogance of wealth” emerges like ‘the great white whale’ vaulting out of the sea.

It would be almost impossible to draw a sharper contrast than that between the lives of the anonymous rich man and Lazarus. We meet a man so wealthy that he feasts every day dressed in the very best, while poor Lazarus, suffering from impaired mobility, lies at his gate hoping for anything that fell from the rich man’s table. Not only does his disability with its open sores make him unclean, this ritual impurity is compounded by dogs that lick the wounds. And then they both die.

Lazarus lands in “the bosom of Abraham,” the goal of all the pious, while the rich man is not so fortunate. Yet, the rich man continues his sense of social privilege by asking Father Abraham to have mercy on him and “send Lazarus to dip the tip of his finger in water and cool my tongue; for I am in agony in these flames” (Luke 16:24). Father Abraham’s answer suggests that the rich man might have responded to Lazarus’ cries for help and mercy during their lifetimes.

But still the rich man has the “cheek” to at least send Lazarus, again seen as a ‘no-count lackey,’ to his brothers’ house where they can be warned. Sending someone from the dead might just have the impact needed to bring change. Father Abraham simply replies, “If they do not listen to Moses and the prophets, neither will they be convinced even is someone rises from the dead” (Luke 16:31). This is nothing but a scathing critique of a religion that countenances a wealthy elite pretending to righteousness and ceremonial cleanness while the very basic needs of the ‘Lazaruses’ around are ignored? By telling this story, Luke’s Jesus also puts the Pharisees, characterized as “money lovers” (Luke 16:14), in their places (Luke Timothy Johnson, The Gospel of Luke. Collegeville, MN: The Liturgical Press, 1991, p. 256).

This arrogance should sound familiar. F. Scott Fitzgerald defined this for “the Jazz Age” of 1920’s affluence in his fantasy, “The Diamond as Big as the Ritz.” (F. Scott Fitzgerald: Novels and Stories, 1920-1922. New York: The Library of America, 2000, pp. 913-953). College student John T. Unger, from Hades, Missouri, is invited to visit fellow college student, Percy Washington, at his Montana home for the summer. While there, Unger finds that the Washington family is the richest in the world: their opulent family mansion is built on a diamond bigger than New York’s Ritz Hotel! But the Washington family’s wealth is safe only if they remain totally hidden from public view.

Vast wealth has bought this secrecy until the invention of the airplane. Now, the Washingtons are in danger of losing this protection. As the family compound is being bombed, Braddock Washington makes one more try to preserve wealth and status. After having slaves drag the largest diamond anyone has ever seen to the highest point on the family property, Washington cries, “You out there” . . . . ”Oh, you above there.” With horror, it dawns on young John T. Unger what the elder Washington is trying to do. “Braddock Washington was offering a bribe to God” (Fitzgerald, p. 948). As the distribution of wealth in North America becomes more skewed toward the wealthy, more stories like this will emerge.

So, what is a fitting attitude of God’s people toward wealth and resources?  We can learn much from 1 Timothy 6. Riffing off of the familiar assumption that “godliness is a means of gain” (1 Timothy 6:5b), the author confronts the cleavages in wealth that likely existed among the faith community. This discourse hinges on the contrast between “contentment” (v. 6) and “love of money” (v. 10), a love that has great power to send people “wandering away” from the life of faith.

How might this work? Arthur McGill suggests that seeking wealth or, “life by possession” accomplishes this by leading the one with wealth, the possessor, to imagine that she/he is “Lord of myself” (Arthur McGill, Life and Death: An American Theology. Minneapolis: Fortress Press, 1988, p. 55). What might motivate people to this endless seeking of wealth and things to possess? McGill suggests that “Their fear of death, their fear that their identity will be taken away from them” (McGill, p. 55). This is precisely what this pastoral epistle seeks to counter.

Because the Risen One, Christ Jesus has already made the “good confession” (v. 13) before the Caesar’s representative, Pontius Pilate, he is “the only Sovereign, the King of kings and Lord of lords…to him be honor and dominion. Amen” (vv. 15 -16).  Living in faith, then, means to live by means of the rulership of Jesus, who frees the community to enjoy contentment, literally “self rule.”  This delivers us from the merry-go-round of seeking wealth and things “to possess” and helps us to see that all creation is “gift,” where  all is intended “to do good,” so that the community can be “rich in good works, generous, and ready to share…so that they make take hold of the life that really is life” (1 Timothy 6:18-19).

This life becomes clearer for us in a conversation between Andrew Blechman of Orion magazine and author, Alan Weisman, author of Countdown: Our Last, Best Hope for a Future on Earth? (New York: Brown, Little and Company, 2013). Weisman is very clear that when we discuss population in the U.S. we need always to factor per capita consumption into the equation. As he says, “there is no condom for consumption” (Orion, September-October 2013, p. 55).

For that reason, like Paul, Weisman recommends “contentment,” “self-rule:” “There is no question that the most overpopulated country on earth is actually the United States, because we consume at such a ferocious rate” (Orion, p. 55). Obviously, there are better reasons to get off our couches than adding to our collection of that which is unneeded.