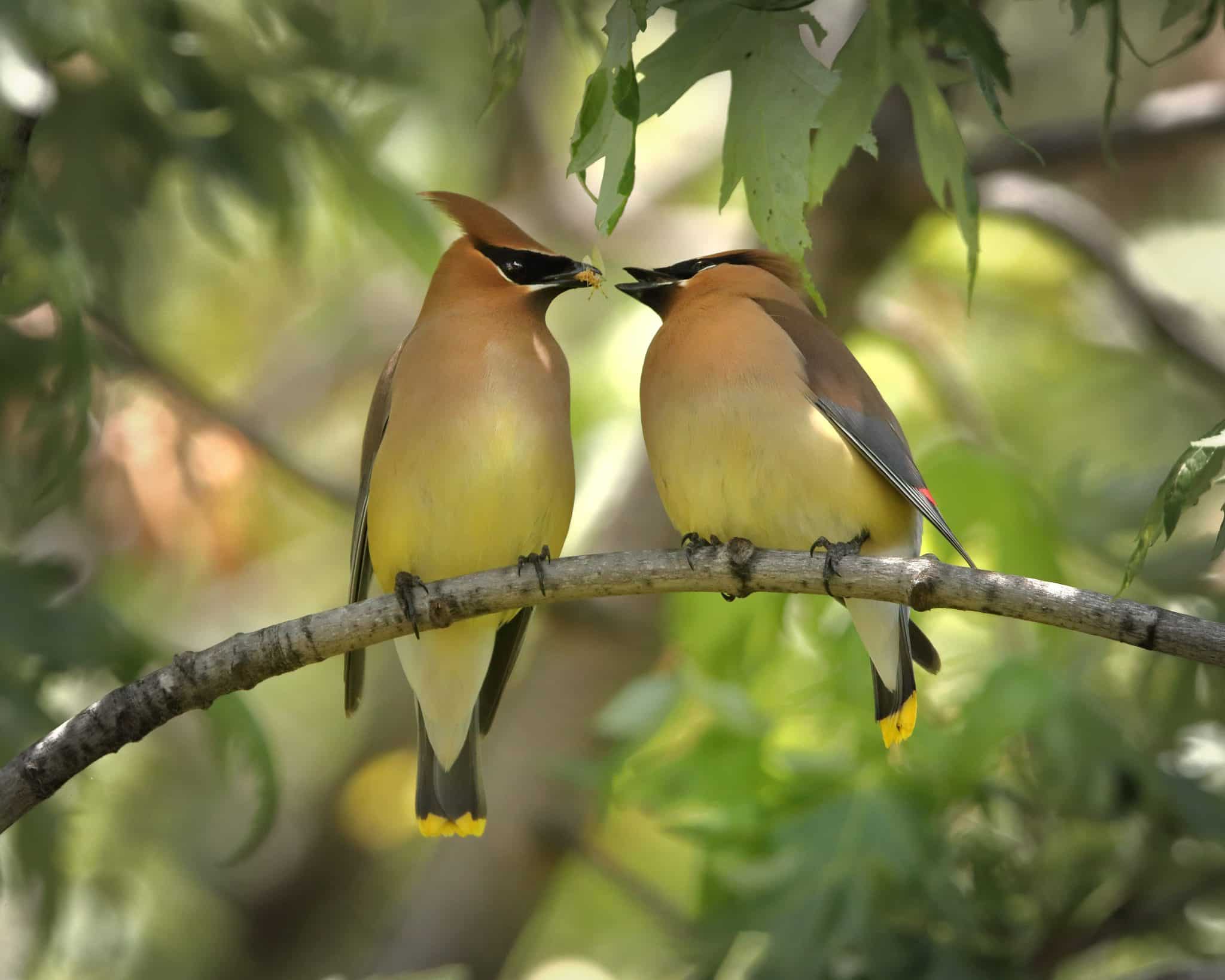 Embracing a Gift Economy – Tom Mundahl reflects on the problem of wealth.

A recent steamy August afternoon found my son and me in a movie theater eager to see Neil Blomkamp’s dystopian film, “Elysium.”  Set in the year 2154, when, despite the efforts of websites like this one, life on planet earth has been degraded to utter bleakness. Nevertheless, there is still a wealthy minority living on the satellite Elysium, who enjoy clean water, air, and ease just nineteen minutes by space freighter away from “plantation earth.” Not only was this film a good escape from the summer heat, it reminded me of the “problem of wealth” offered by this Sunday’s readings.

Unlike most traditional interpretations, we begin with the rich man. The problem of wealth is central to this section of Luke. From the “solid citizens” who turn down the invitation to the banquet and are replaced by the “poor and outcast” (Luke 14:18-22), to the parables in Luke 15 that confront the religious establishment’s criticism of Jesus’ habit of dining with these folks (Luke 15:1-2), to the parable of “the Rich Man and Lazarus” following today’s passage (Luke 16:19-31), the warning against centering one’s life on wealth is clear (cf. Robert Tannehill, The Narrative Unity of Luke-Acts, Vol 1. Minneapolis: Fortress Press, 1991, pp. 185-186.) Before there is a problem with a shifty manager, the sheer fact of wealth must be confronted.

The problem of wealth is unveiled by the introduction to the parable. Just as the introduction to the previous parable, “there was a man who had two sons” (Luke 15:11), suggests tension, so the simple sentence “there was a rich man who had a manager”(Luke 16:1) suggests conflict to come. The fuel for these conflicts is money and property. And, not surprisingly, both the younger son and the manager engage in the same activity of “squandering property” (Luke 15:13, Luke 16:1). If the reaction of the “running father” to the “prodigal” surprises, the ultimate commendation of the manager by the rich master (Luke 16:8) nearly takes our breath away!

What prompts this unexpected response? As the first charges against the manager surface, it is natural that the owner asks for an accounting. At first, according to Luke Timothy Johnson, this “audit” is not necessarily punitive.  It may be more a simple matter of “let’s go over the books and see how things stand.”  (Luke Timothy Johnson, The Gospel of Luke. Collegeville: Liturgical Press, 1991, p. 244)

But this is no simple matter for the manager. Since he knows the difficulty he is in, there is desperation in his mind as he imagines alternatives, until the crisis forces a decision. “I have decided what to do so that when I am dismissed as manager, people will welcome me into their homes” (Luke 16:4). Without delay, he summons his master’s debtors and settles their accounts with deep discounts (Luke 16:6-7).

Amazingly, the master commends him for (what NRSV translates as) his “shrewdness” (phronimus), a word that may also be translated as “prudence.” Whether it is “shrewd cleverness” or “worldly prudence,” it is a quality that “the Parabler” wishes that the new community, “the children of light,” would learn from (Luke 16:8b). Perhaps the reasoning underlying this advice is the importance of using “dishonest wealth” (lit. “unjust mammon”) to make friends who will welcome them. Certainly, in keeping with the Hellenistic notion of “reciprocity of benefit,” the former manager has now formed bonds of obligation with those receiving discounts, who will now be expected to open their homes to him.  (Johnson, p. 244)

But the rich master’s commendation suggests a move beyond reciprocity, simple ‘deal making.’ Perhaps an alternative translation to “shrewdness” is “appropriateness.” This sudden burst of discounting unveils the structure of economic activity and its basis in real human relationships. It discloses to the rich man the interdependence of the flow of economic activity and gives him a way out from the idolatrous weight of endlessly seeking wealth, mammon, a Semitic word meaning “that in which one fully trusts.” (The New Oxford Annotated Bible, Third Edition. Oxford: Oxford University Press, 2001, New Testament, p. 128, n. 9)

No wonder this parable is completed with words suggesting the authority of a “dominical saying:” “And I tell you, make friends for yourselves by means of dishonest wealth so that when it is gone, they may welcome you into the eternal homes [perhaps better: ‘a community that lasts’]” (Luke 16:9). Suddenly the realm of economics is “normed” by friendship (“make friends for yourself”). What kind of an economics might that be?

Clearly, Luke believes that possessions can be used for good, especially when, instead of being kept out of circulation by wealthy greed (lit. mammon) they flow into a pattern of bargaining kept in check by friendship, a force even more powerful than the reciprocity sought by the manager.

Johnson is partially right in holding that “The crisis character of the story is essential. It is the manager’s ability to respond to the crisis, literally a “visitation of his Lord,” which is the point of the story, the reason for the master’s admiration, and the example for the disciples. His cleverness consists in continuing to disperse possessions . . . . (author’s emphasis, Johnson, 247). By reducing the amounts owed, a new kind of economic activity is foreshadowed. But the rich master also learns from the manager’s action, for he is the one who “commends” the shifty steward.  And it is this master who begins to see it as a way beyond the shackles of “mammon,” a new way of being.

This new vision of economic relations as a dispersal of possessions or a circulation of gifts surely fits into Luke’s “new exodus” theme. It is a process that will “lift up the lowly” (cf. Luke 1:52) and characterize the new community (cf. Acts 2:44-47, 4:32-35). In his important work, The Gift (New York: Vintage, 1983), Lewis Hyde describes what can happen when trade relations are re-imagined.  Hyde describes anthropologist Lorna Marshall’s work with a band of Bushmen in South Africa in the early 1950’s. Upon leaving after several years of work, she gave each woman in the band enough cowrie shells for a short necklace, one large brown shell and twenty smaller gray ones. When Marshall returned a year later, there were very few cowrie shells to be seen among the women in the band where they had been given. Marshall was dumfounded to notice that because of the flow of gift-giving “they appeared, not as whole necklaces, but in ones and twos in people’s ornaments to the edges of the region” (quoted in Hyde, p. 74).

Certainly this moves beyond economy as we understand it. Yet this notion of living generously with possessions is clearly in harmony with the teachings following the parable (Luke 16:10-13)  Perhaps most important—if not chilling—for North Americans is the final pronouncement: “You cannot serve God and wealth [“mammon”] (Luke 16:13). Johnson puts an exclamation point on this saying in his translation by retaining “mammon” and capitalizing it to remind us that Mammon certainly retains godlike power—especially in our culture.

Transforming culture is, of course, what this parable is about. It is crucial that the parable itself ends with the notion of being welcomed into “eternal homes” (lit. “tents”, skene, another reference to the New Exodus experience (Luke 16:9). Because of what has happened in Jerusalem with cross and resurrection, God’s people are secure in their pilgrim existence and free to live by gift.  This cultural change toward a “gift economy” has enormous implications for earth care. Seeing what we use in our lives not as possessions to control but as gifts to be shared could not be more important.

Blomkamp’s “Elysium” affirms this. While oppressed Earth dwellers long for the “good life” enjoyed by the 1% on Elysium, the film’s hero, Max, (Matt Damon) still carries a medallion given to him by a Roman Catholic sister, his former teacher. As the film reaches its climax with Max expending his life to find a way to use Elysium’s medical technology to heal the leukemia of the daughter of a childhood friend and, as a result, opening access to the 99% who have been excluded, the dying Max opens the medallion. What he sees is no iconic image of a saint; it is a photo of the beautiful Earth taken from Elysium.