Third Sunday after Epiphany in Year A (Mundahl14) 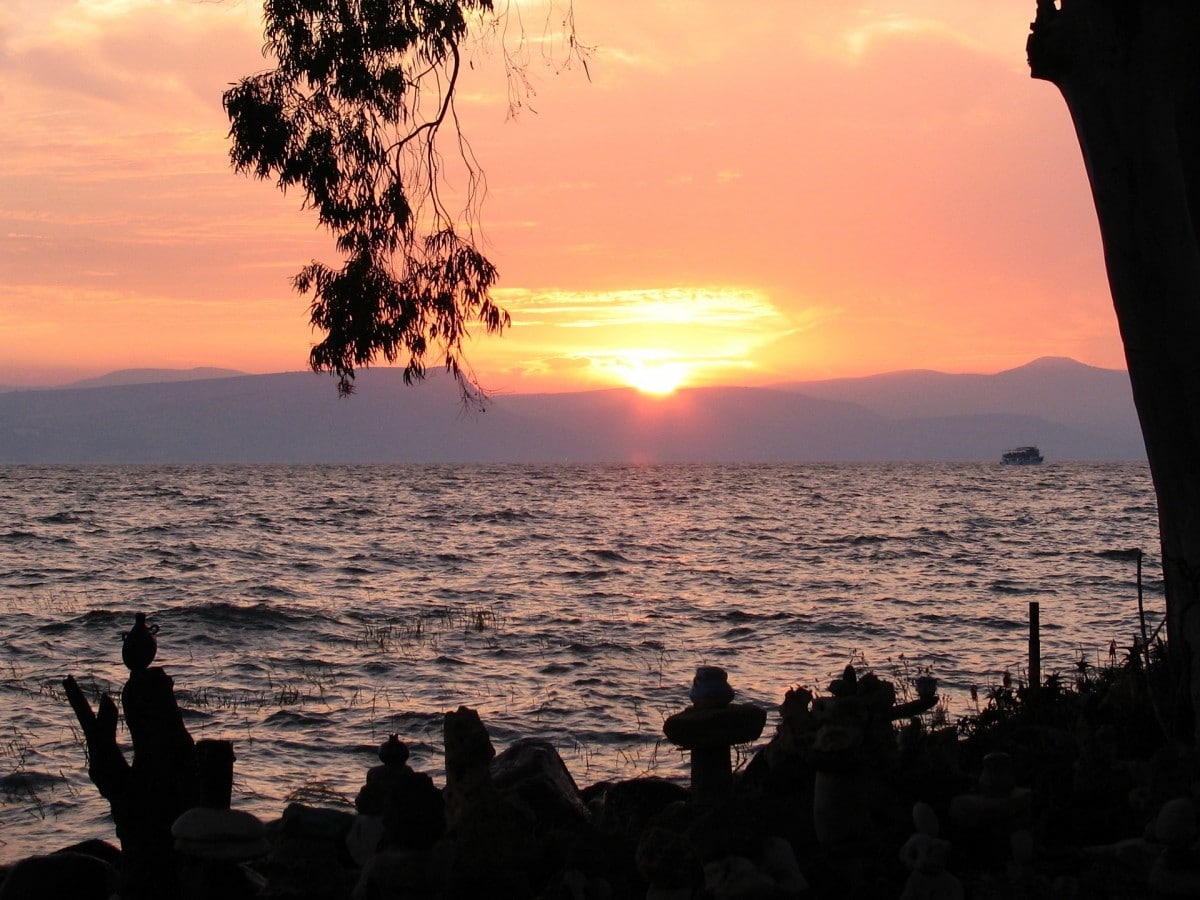 It was not long ago that we heard the more extended Christmas version of Isaiah’s words, “The people who walked in darkness have seen a great light . . . .” (Isaiah 9:2a). As we have moved through the season of Christmas and entered Epiphany, we have followed the journey of the one named Emmanuel back to Egypt, where, like Moses, he escapes the slaughter of innocent children. After his “exodus” from Egypt and return to Palestine, we have marveled at his obedience in “going through the waters” of baptism by John, a baptism which led him to forty days in the wilderness (reminding us of Moses’ 40 years of exile in Midian), where Jesus demonstrates the power of this obedience. Now, as he relocates in Capernaum, he prepares to unleash this light in teaching, proclamation, and healing (Matthew 4:23).

The startling power of this eruption of light is best described in Jesus’ words, “Repent—get a new mindset, change your ways—for the Empire of God is drawing near” (Matthew 4:17, Warren Carter, Matthew and the Margins. Maryknoll, NY: Orbis, 2000, p. 119). This new order begins to be actualized in the calling of the first group of disciples, recruits chosen not from among a privileged elite trained for leadership, but from the fishing trade. News of a new “order of things” must have been welcome to these fishermen, who had struggled for years to pay heavy license fees to Roman minions simply to retain the privilege of putting themselves at the mercy of the elements as they sought to provide food for their neighbors (Carter, p. 121). Even though fisherman were accounted the very lowest status among free workers, they become the core of the community that will serve as an alternative to the Pax Romana.

They are now called with the familiar words, “Follow me, and I will make you fish for people” (Matthew 4:19). Likely, there are few phrases more misunderstood than “fishing for people.” While we automatically assume that the reference is to traditional evangelism, “fishing for people” has a quite different biblical history, especially in prophetic literature.

Eighth century prophet, Amos, delivers words of warning to God’s people in Samaria because of their neglect of the poor and needy. “The time is surely coming upon you, when they shall take you away with hooks, even the last of you with fishhooks” (Amos 4:2). Jeremiah writes to warn the people of Judah not to imagine that they will escape Babylon. “I am now sending for many fishermen, says the LORD, and they shall catch them . . .” (Jeremiah 16:16). Far from the “saving of souls,” “fishing for people” seems to carry the meaning of uncovering that which is concealed, just as fish seem to be concealed in the water until they are netted or hooked. This is surely one result of “great light.”

All that has served to “cover up” massive injustice in this Roman-Judean politico-economic system will be stripped bare. The corruption of the temple-based religious system will not be spared. As Ched Myers suggests: “The point here is that following Jesus requires not just the assent of the heart, but a fundamental re-ordering of socio-economic relationships. The first step in dismantling the dominant social order is to overturn the “world” of the disciple: in the kingdom the personal and the political are one” (Ched Myers, Mark. Maryknoll, NY: Orbis: 1988, p. 132). “Fishing for people,” then, is using the light to uncover that which oppresses and to illuminate the possibilities from this new community for “mending” and “healing” (Matthew 4:21, 23).

It is as James and John are “mending” the fishing nets with their father that Jesus calls them. Not only was mending the nets a constant necessity for fisher folk; it is a powerful image for care of creation. Feminist theologian Letty M. Russell has consistently spoken of the need to uphold this biblical critical principle of the mending of “God’s world house.” She relates: “I first heard this simple expression of eschatological hope from Krister Stendahl, who said that theology is worrying about what God is worrying about when God gets up in the morning: the mending of creation” (Letty M. Russell, Household of Freedom: Authority in Feminist Theology. Louisville: Westminster John Knox, 1987, p. 71).

Recently, people in nine West Virginia counties, located on the banks of the Elk River, have been threatened by a highly-toxic chemical spill which has temporarily poisoned the local water supply. People of faith, called to be “fishers,” certainly have the responsibility to provide emergency help and temporary assistance to those affected.  But, as the “crisis” and journalistic attention recedes, there is an even more important responsibility to shine the light of attention on the long-term impact of this situation. Why were there no inspections of the massive Freedom Industries facility from 1991 until 2010, when nearby residents complained about foul odors, which called attention to the plant? What are the long-term consequences of exposure to 4-methylcyclohexane methanol (MCHM) to humans and all of God’s creatures? That is, can “fish” even live in this river? And why do we not use the “precautionary principle” which holds that a chemical must be proven safe before use, instead of relying on vague “risk assessment” criteria? Finally, what other chemicals are stored by Freedom at that site? And what is the condition of storage tanks and the risks of spills?

It is only after the “tears” in the net of “God’s world house” (Russell) are examined that they can be effectively mended. But when they are mended—and through the very process—the light of hope will shine to provide the vision to imagine new options in “making a living” in a way that mends and honors creation. Then the healing that is part of this new “empire of peace”will be experienced.

But this process is not easy for any community. As we wrestle with Paul’s first letter to the new community in Corinth, we see how easily unity can be dissolved. Paul apparently writes before it is too late. As Conzelman suggests: “The split into groups has not yet led to the dissolution of the community; they still celebrate the Lord’s Supper together, and Paul can address the letter to the whole community” (Hans Conzelman, First Corinthians. Philadelphia: Fortress Hermeneia, 1975, p. 32).

That address follows the salutation (1 Corinthians 1:1-3) and the thanksgiving (1 Corinthians 1:4-9) with an appeal “that you be united in the same mind and the same purpose” (1 Corinthians 1:10 b). It may be surprising that the Greek verb “be united” is the very same word Matthew employed for “mending” nets, namely, katartizo. Clearly, there is mending needed in this community. Factions have developed around important leaders. Members look to those who have baptized them as special benefactors, a result that moves down the path toward schism. Even those who claim “I belong to Christ” (1 Corinthians 1:12) “must have been claiming Christ in an exclusivistic way” (Richard B. Hays, First Corinthians. Louisville: John Knox, 1997, p. 23).

Paul does not counsel faction members to stop bickering because it is inexpedient or looks bad; he points to the center of their faith, Jesus Christ, the bringer of new creation, as the common ground of unity. This source of unity will be tested further, because it is clear that Paul earlier failed to deal with problematic status distinctions and economic inequality, issues that reared their ugly head around the Lord’s Supper (cf. 1 Corinthians 11:17-34; Hays, p. 24).

One can imagine similar congregational conflict emerging over responses to the chemical spill in the Charleston, W. Va. area. Some may call for serious investigation of Freedom Industries and suggest a new economic basis for the area. Others in the congregation, fearful of losing jobs during a weak economic recovery, may insist that the church “stick to religion” and not be involved in matters involving “mending creation.” Following Paul’s template is the only way to a unity that still may be difficult to achieve. But if church leaders have planned worship that encourages creation care and have modeled environmental stewardship in action, there may be the beginning of a consensus. But that consensus still must be based on what unites us at the deepest level. As the “prologue” to the ELCA Social Statement, “Caring for Creation: Vision, Hope, and Justice” (1993), states it:

“Christian concern for the environment is shaped by the Word of God spoken in creation, the Love of God hanging on a cross, the Breath of God daily renewing the face of the earth.”