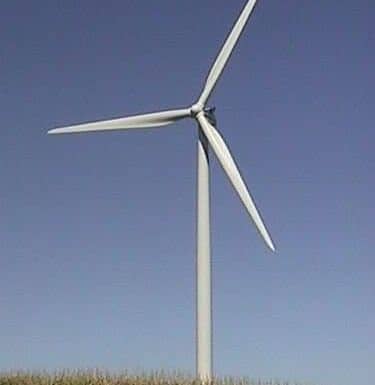 Luther’s continued efforts to exist sustainably are aimed at decreasing campus consumption and lowering costs for basic campus resources such as water, electricity, and heat.

The most notable of these efforts recently has been the wind turbine project.

Luther’s plan to purchase and construct a wind turbine has been in the works for quite some time, and the timeline of the project has not always been clear.

However, Manager of Trade Services Jay Uthoff says that students can expect to see the turbine under construction by the fall of 2011.

“We’ve been waiting for two key pieces from Alliant Energy,” Uthoff said. “We had to get a power purchase agreement, which is a contract saying they will buy the energy that’s produced for a set rate. The other piece was an interconnect agreement saying they would allow the turbine to be connected to their lines.”

The college has been working on a turbine supply agreement with a vendor, but that cannot be signed until the power purchase and interconnect agreements are already in place. The next step is to select the exact turbine model. After that, the foundation for the turbine will be built, a line will be buried back to campus, and the actual turbine will be constructed.

“The turbine will probably be a fall installation,” Uthoff said. “It has about a six month lead time, but that may change depending on when we sign the turbine supply agreement. The documents have been taking a little more time than we expected.”

The wind turbine will be owned by the Luther College Wind Energy Project LLC, a for-profit company that allows Luther to take advantage of state tax credits. This project is financed by grants and loans in addition to the $1.1 million invested by Luther. It is estimated that the turbine will be paid off in about twelve years.

“The college is investing some, but student revenue shouldn’t be going toward the turbine,” said Uthoff. It’s getting paid for by outside sources, and when it’s paid for, it will be directly affecting our costs.”

Large projects like the wind turbine are not the only ways Luther has cut costs and consumption. Luther College Sustainability has initiated many eco-friendly changes recently, such as converting fryer oil into biodiesel, installing low-flow showerheads in dorms, and taking the lamps out of vending machines. These changes and others have helped Luther reduce its water and heat consumption by around 24 percent and its electricity consumption by 15 percent this year.

Students can make a difference individually as well. Jake DeBacher (‘13) and Audrey Tran Lam (‘13) agree that small changes can have a big impact.

“Students have the ability to make a very significant cutback in their energy consumption,” says DeBacher. “Simple actions like unplugging devices when they’re not in use and printing double-sided when possible are easy things to do that really make a difference. Bonus points for taking shorter showers and turning the heat down at night.”

Tran Lam says that students who want to be more sustainable should “definitely monitor light use, watch phantom loads, and take shorter showers.”

“The college makes it really easy for us to make sustainable choices,” Tran Lam said.