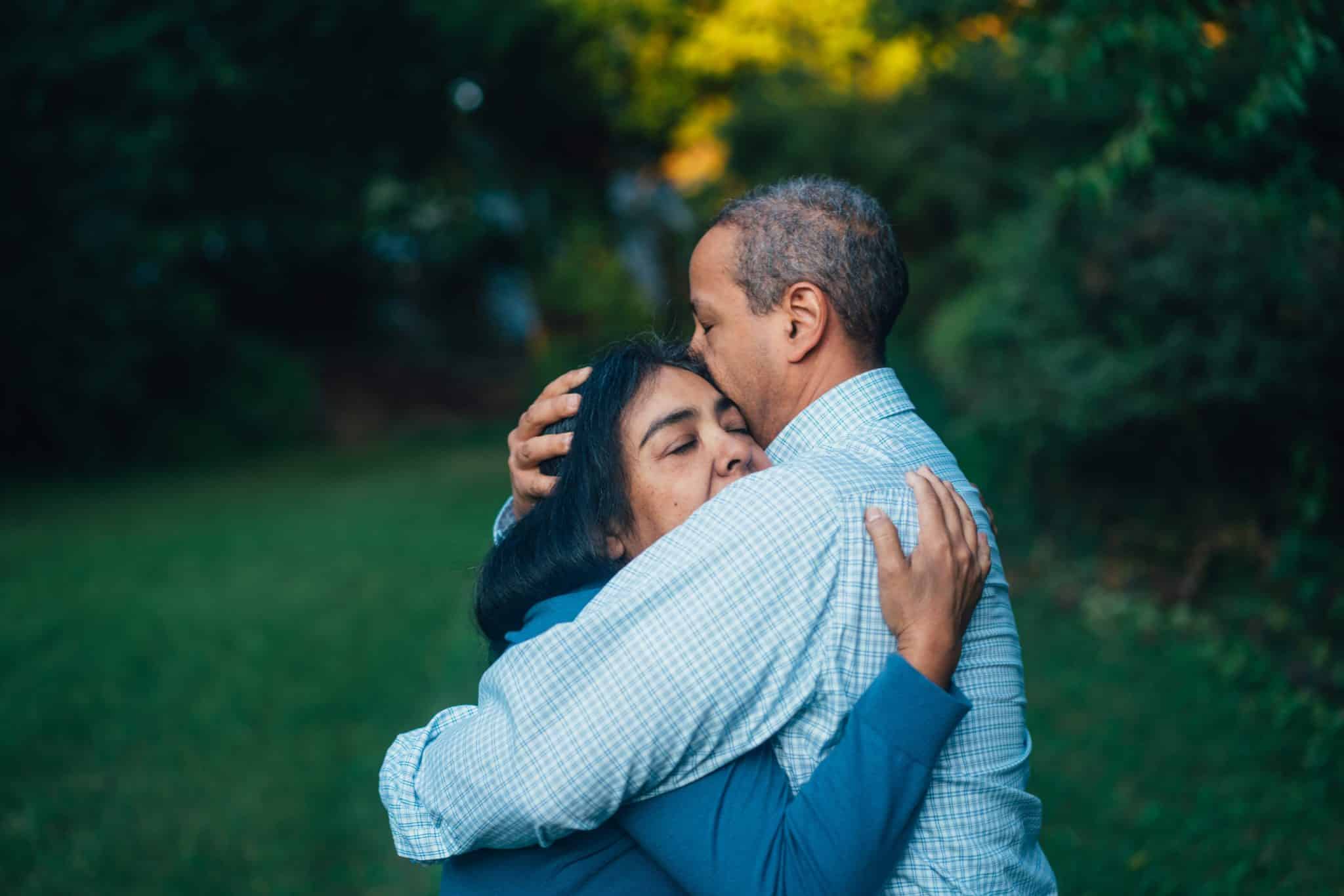 Ecojustice Commentary on the Revised Common Lectionary
Series B: 2017-2018
By Jeremiah Sassaman

Standing and gazing out over the crowd this morning, as the names of our veterans were read over the loudspeaker, three things were prominent. The trees on the hilltop horizon broadcast a beautiful tapestry of the changing seasons in southeastern Pennsylvania. Flags snap in the crisp breeze. The American flag waves proudly beside a banner encouraging passersby to buy and eat local. Yet it was the feeling in my heart that truly spoke the loudest. In an imperfect world, a troubled nation, and an unsettled mind, I was overjoyed to be alive. Honored to be a citizen of the United States of America, for which the flag stands. Happy to be a human, even though I know that perfection politically, socially and ecologically elude our painfully inadequate and sinful existence. I was proud of what my forebearers have accomplished, knowing that the negatives shall haunt me all the days of my life. Gazing out upon the scenery I found sanctuary on the wind. I was truly in God’s holy temple.

I am unapologetically patriotic and of deep Christian faith. I am an optimistic in the Lord. I accept reality as it is but refuse to surrender to the idea that reality is immutable. We can change ourselves and the world. I pray and strive to ensure that such change is for the betterment of all humanity and all creation. Douglas John Hall describes love as the notion that we are to be “with” one another as the human species, and with nature as is our calling as stewards of the cosmos. We do not lose our individuality in the literal sense, instead embracing the fullness of the other’s being with our own (Hall, Douglas John. The Steward. Grand Rapids: William B. Eerdmans Publishing Co., 1990. Pages 207-208). While we may need to adapt our behaviors or refrain from detrimental actions, humans can and must be unabashedly glad to be human. To embrace the individuality of others, we must first embrace ourselves.

St. Martin of Tours, a soldier of the Roman cavalry in Gaul during the first years of the Empire post Edict of Milan, was raised a Christian. He served faithfully in the military until Caesar Julian “the Apostate” took the throne (https://www.britannica.com/biography/Saint-Martin-of-Tours , accessed November 3, 2018). Martin recognized that he could not serve Julian and the Empire under his authority, instead standing firm for his true leader and king, Jesus Christ. We remember St. Martin for his willingness to fight for and find sanctuary in Jesus. For knowing when and how to serve God. We can say the same of our veterans here today. We can rejoice and remember those who fell for the betterment of the world. Those who fought on the shores of Normandy to liberate the enslaved and tortured people of God. Those who sought to topple dictators and bring relief to those poor, huddled masses yearning to breathe free (Emma Lazarus. “The New Colossus,” 1883). I am happy to be alive in this nation, even if imperfect.

Sanctuary is defined by the Oxford Dictionary of Word Histories as a church or sacred space where a fugitive was immune from arrest (Glynnis Chantrell, editor. The Oxford Dictionary of Word Histories. Oxford: Oxford University Press, 2002. Page 446). The implication by law was that the “holy” space was legally sacred. While the history of sanctuary laws has changed, the notion remains that some spaces offer protection. For Elijah, that location came in the place of Zarephath. Coping with the need for food and water, Elijah follows the command of God and goes to the town of Zarephath deep in the territory of Baal and his champion Jezebel (Richard Nelson. First and Second Kings. Louisville: John Knox Press, 1987. Pages 109-110). Not only did Elijah need that basics of life, he needed protection. In the guise of the widow, God provided not only what Elijah needed; God gave to the widow and her son that which they needed. God gave Elijah sanctuary and rest.

Looking out into the fall foliage, the sense of sanctuary under God’s watchful eye, was palpable. There was a sense that we were safe, because we stood together. The crowd stood silent as flags were retired in the flames of a billowing fire. A hawk screeched its disapproval at the thick smoke in the air, and the smell filled the nostrils of each soul that looked on. We stood together as local folks gathering to remember what we hold onto as a sacred service. We stood in a sanctuary from the world, praying, remembering, and hoping for a greater future, while refusing to neglect the past. The service was sponsored and took place in the midst of a local nursery, with trees and plants of all kinds surrounding the small handful of celebrants. It was a wonderful meshing of creation, love, and respect. It seemed a perfect little slice of our bioregion.

“Bioregionalism is a useful approach to the study of established and emerging links between cultural and ecological diversity” (Peña, Devon. “Los Animalitos,” in Chicano Culture, Ecology, Politics. Tuscon: University of Arizona Press, 1998, 53). The approach outlined in the article suggests that as we know ourselves and the other, we can celebrate and respect our differences, while at the same exact time celebrate unity. As an approach to the preservation of ecological diversity, bioregionalism is a much stronger approach when we understand our human diversity as being a blessing for everyone, and not as an entitlement or weapon. Being proud of who I am, where I was born, and the nuances of my biological being give me the power to be equally fascinated by the diversity in the world around me. Or such is the thought.

When we are healthy, the biological diversity around us is healthy. When we love one another, we beat our swords into plowshares, and the whole creation is loved. We find ourselves with one another, and not in opposition to the world. The banner reading “eat and buy local,” does not seek global isolation. Rather it encourages us to celebrate our bioregional greatness as part of a greater whole. How we view and treat ourselves and our own ecosystem home, is a foreshadowing of how we will treat the cosmic reality and the outsider. While in doubt of the claim, the widow of Zarephath none-the-less trusts and provides sanctuary in the form of oil and meal. God blesses the widow in return for her obedience, and God will bless humanity when we give sanctuary to the land and the whole of created life.

Much like the widow at Zarephath, St. Martin of Tours, leaving the service of the cavalry, embraced a ministry of sanctuary. For the broken and sinful saints on the journey of life, Martin sought to provide guidance and nourishment in the Christian faith. Martin, as a young man had encountered God’s love through a beggar in Amiens. Martin drew his sword and tore his cloak in two, to both clothe the beggar and himself. That night he saw, in a vision, the Lord praising Martin for being a mere catechumen, and yet clothing Jesus (https://www.catholic.org/saints/saint.php?saint_id=81 Accessed November 3, 2018). Saint Martin showed the same willingness to provide for others, even when he himself had little. He joins the widow at Zarephath and the woman of Mark 12:38-44, in trusting and obeying God. These examples of faithful women and men show how respect for the other, regardless of the differences dividing them, empowers and offers sanctuary to all.
Among the lessons for today, a theme runs strongly throughout. Love all and be “with” all humanity and creation. Respect and cherish diversity and unity; our uniqueness as equally as our sameness. Give without the need to ask why, how, or when. Provide sanctuary as it is provided to all who believe and obey the Lord.