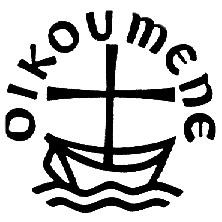 With Jesus’ appearance, space and time are opened for the renewal of Earth and the manifestation of God’s glory in all that is.

The Fourth Sunday of Advent in Year C

The setting of the oikumene found in the readings for the First Sunday of Advent prompted us to ask after the hope that the Christian gospel might offer a world caught up in the global ecological crisis of climate chaos. In spite of the “flattened earth” and “ax lying at the roots of the trees” imagery of the Second and Third Sundays of Advent, we have found ample encouragement for care of creation in the lectionary for these first three Sundays. As we wrote,

We are thus once again put on notice that Christ’s coming into our world entails a radical reversal of the fortunes of the unjust powers that dominate human history, so that God’s intention with the creation might at the last be completely fulfilled. People of faith will be oriented anew to the cosmos of which we are members as the creation of God that moves toward completion and even perfection, not on the basis of its own inherent powers, but by virtue of the will of its creator (Comment on First Sunday of Advent).

Even if this means confronting severe ecological crisis on a global scale, these readings confirm, the theological affirmations of these texts are a match for the challenge: The Most High of the Lukan narrative is the sovereign creator of all who brings into being “light and life, darkness and woe,” from above, but who also “from below, from the ground up,” transforms “the desolate land into a veritable garden paradise” (Comment on Second Sunday of Advent). Although John the Baptist’s call for repentance and reformation of behavior explicitly addresses only issues of social justice, his warning about the coming judgment in terms of the “ax lying at the roots of the trees” opens up the text to provide a basis for addressing the ecological crisis in our time with similarly appropriate responses to the degradation of habitat and atmosphere across the earth.

More powerfully, his announcement of the coming near of the Lord employs the metaphor of the farmer who comes with winnowing fork in hand, one who enlists the cosmic forces of water, wind, and fire for the restoration of the earth. “The primordial elements needed for new creation are thus gathered, and all the earth awaits the day when ‘all flesh shall see the salvation of God’” (Comment on the Third Sunday of Advent). So the readings for the first three Sundays of the Advent season do indeed look forward with great joy to the restoration and completion of God’s creation; They enlist us in actions toward that goal which are grounded in faith in God as the creator of all, and in the One who is coming near to us in the midst of the crisis of the world.

In the readings for the Fourth Sunday of Advent, this good news is recapitulated in the meeting of Elizabeth and Mary, and especially in Mary’s Magnificat. As they meet, Elizabeth becomes a spirit-filled interpreter of signs of the new creation: “the child leaped in her womb” and, filled with the Holy Spirit, she identifies Mary as “mother of my Lord.” The verb “leaped,” Luke Timothy Johnson notes, “suggests an eschatological recognition (Ps 113:4 [lXX] and Mal 4:2)”; Elizabeth understands that the child’s leap is an expression of “eschatological ‘gladness (agalliasis)’ promised by the angel to greet John’s birth (1:14).” With her response, “My soul magnifies the Lord, and my spirit rejoices in God my Savior” (1:47), Mary joins and enlarges on Elizabeth’s pronouncement of joy: Mary’s child is the promised “savior.” As Johnson writes,

In the Magnificat, Mary’s praise for what God had done to her personally widens out to include what God does for “all who fear him” in every age, including what God is doing for Israel by the birth of its Messiah. . . . One cannot avoid the sense that Mary is here made the representative if not the personification of Israel. The mercy shown her reflects and exemplifies the mercy shown to the people . . . . We notice as well that the epithets applied to God in the song are attributes as well of the son she is carrying. God is called “Lord” and “Savior” and “holy.” So Jesus has already been called “holy” (1:34), and “lord” (1:430, and will shortly be termed “savior” as well (2:11). As with name so with function: God reverses human status and perception: in a downward movement, he scatters the arrogant, pulls down the mighty, sends the rich away empty. But God also, in an upward movement, exalts the lowly, fills the hungry, and takes the hand of Israel. (Luke Timothy Johnson, The Gospel of Luke. Collegeville, Minnesota: The Liturgical Press, 1991; pp. 41-42).

Nowhere in this recital of expectations is there an explicit mention of care of creation as response to ecological crisis, of course. The crisis of the oikumene is rather conceived in terms of the conceit of those who seek domination over others. As David Tiede writes,

In direct contrast to the mercy which God shows to those who fear him from generation to generation, God scatters the proud in the imagination of their hearts. God does not deal with appearances, but “knows the heart” of all humanity without respect to status, as does also the Messiah (see Luke 11:17). Thus, as in Gen. 6:5 where God “saw . . . the wickedness of man . . . and that every imagination of the thoughts of his heart was only evil continually” leading to the flood, so now the coming of Jesus will mean, in Simeon’s words “that [secret] thoughts out of many hearts witll be revealed” (2:35). (David Tiede, Augsburg Commentary on the New Testament: Luke. Minneapolis: Augsburg Publishng House, 1988; p. 56).

All things human do therefore fall within the reach of this salvation. The salvation Mary envisions is in this sense all-encompassing. As Tiede writes:

No dimension of human life or culture will lie beyond the lordship of this Messiah. All systems, ideologies, and social structures may be judged by this new standard of divine justice and mercy—which does not mean that Jesus’ reign will simply displace all the social, political, or economic systems of the world, at least not yet. But their claim to ultimacy of ‘divine right’ and their ability to justify the rights and privileges of all their subjects have been challenged by the prophetic word of Mary’s son (Tiede, pp. 56-7).

That the promised salvation does nontheless embrace all creation remains for this narrative an inference to be drawn from the collected affirmations of these texts, the most significant of which are the assignment of titles to her child as one who belongs to God, and, with a nod in the direction of our two lessons, the “facts on the ground” of Mary’s pregnancy (Micah 5:3-4) and the “body you have prepared for me” in her womb (Hebrews:10:5). We therefore return to the statement with which we closed the comment on the readings for the Fourth Sunday of Advent in year B of the lectionary

Mary’s faith and obedience calls for a radical re-orientation to the finite creation as capable of bearing infinity (finitum capax infiniti) from all those who identify with Mary. Larry Rasmussen states the significance of this re-orientation this way:

“God is in the facts themselves,” said Bonhoeffer, asserting his conviction that God is amidst the living events of nature and history. His favorite quotation from F. C. Oetinger said much the same: “The end of the ways of God is bodiliness.” The meaning of finitum capax infiniti is simple enough: God is pegged to earth. So if you would experience God, you must fall in love with earth. The infinite and transcendent are dimensions of what is intensely at hand. Don’t look ‘up’ for God, look around. The finite is all there is, because all that is, is there (Earth Community Earth Ethics, p. 272-73).

Put differently in words that reflect Augustine’s understanding that our bodies are “the dirt we carry,” the dust of the earth from which all living creatures are made, Jesus included, reflects God’s glory, and calls for appropriately infinite respect.

The church came in due time to confess Mary as theotokos, “God bearer.” She understood herself to be Servant of the Lord (Luke 1:38). Those who care for creation will celebrate her service to the Servant of Creation, who in his suffering on the cross served God by loving the earth and all its creatures as God loves them. (For an extensive development of this theme, see our comments on the lectionary for Year A). And we will share in her calling. Indeed, isn’t this the reason for our joy this season and all seasons: At some moment, our waiting for God turns wondrously into the awareness that with Mary we are bearing God into the world?

As mother and child are one, so are church and its savior one, having been gathered, being blessed and broken, in order to be shared with all the creation. In that moment, Mary’s soul “magnifies the Lord,” and so do ours. In that moment, Mary’s spirit “rejoices in God [her] Savior,” and so does ours, for Mary’s spirit and ours are joined in one and the same Spirit of the Lord, who is coming into the world. Whether as holy child laid in a manger at Christmas time, suffering servant laid into a tomb on Good Friday, or the Lord who returns in judgment and restoration in the fullness of our time, with Mary we welcome this Jesus as one who scatters the proud in the thoughts of their hearts, who brings down the powerful from their thrones and lifts up the lowly, who fills the hungry with good things, and sends the rich away empty, in order that space and time might be opened for the renewal of Earth and the manifestation of God’s glory in all that is.

For care for creation reflections on the overall themes of the lectionary lessons for the month by Trisha K Tull, Professor Emerita of Old Testament, Louisville Presbyterian Theological Seminary and columnist for The Working Preacher, visit: http://www.workingpreacher.org/columnist_home.aspx?author_id=288